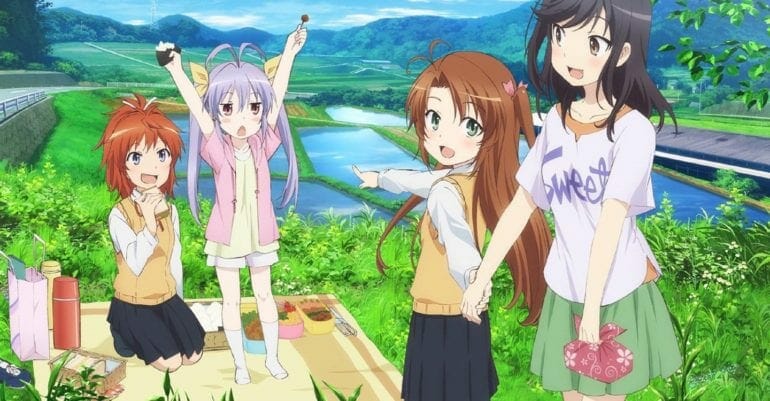 Non Non Biyori season 3 will premiere next year according to the official website. Based on the comedy, slice of life manga written and illustrated by Atto. The manga started publishing on September 26, 2009 in Comic Alive. The manga has received 3 seasons and a movie all produced by Silver Link.

Non Non Biyori is a story of 5 girls and their adventures in the countryside. It all starts when Ichijou Hotaru has moved with her parents from Tokyo to the middle of the country. The country sound has nothing but a single cheap candy store and no convenience store. This sounds pretty boring but these girls make it worth watching them enjoying their lives to the fullest despite having very little rural facilities.

Non Non Biyori season 3 will premiere in January 2021. The main reason for the show to premiere in 2021 instead of 2020 is most probably due to COVID-19 and the health concerns of the employees. Hopefully it won’t delay further than January.

While the fans have to wait months for the next seasons, people who are not familiar with the show should definitely watch the show as it will dissolve away all of your worries, anxiety in these tough times. While you’re here you can also check out, Hipnosis Mic: Division Rap Battle anime delayed, Haikyuu!! To The Top 2nd cour is also delayed, best anime movies you can watch during the quarantine.