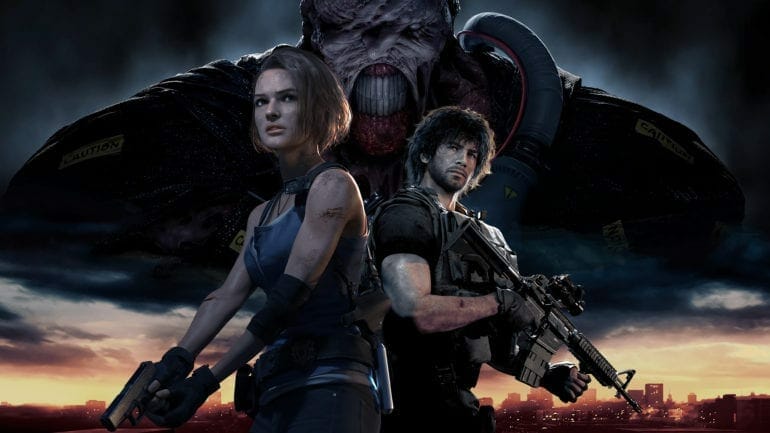 Resident Evil 3 Remake is the continuation of CAPCOM’s new remake lineup and provides an extremely tense thrill ride that doesn’t go out of its way to reinvent the wheel, but expertly turns it.

If you were a fan of the previous entry, Resident Evil 2 Remake, there is no way you won’t enjoy this. The length, however, is something that will vary for everyone.

The game follows Jill Valentine, a former COP and member of the elite Special Tactics and Rescue Service (S.T.A.R.S.) attempting to escape Raccoon City during a zombie outbreak. 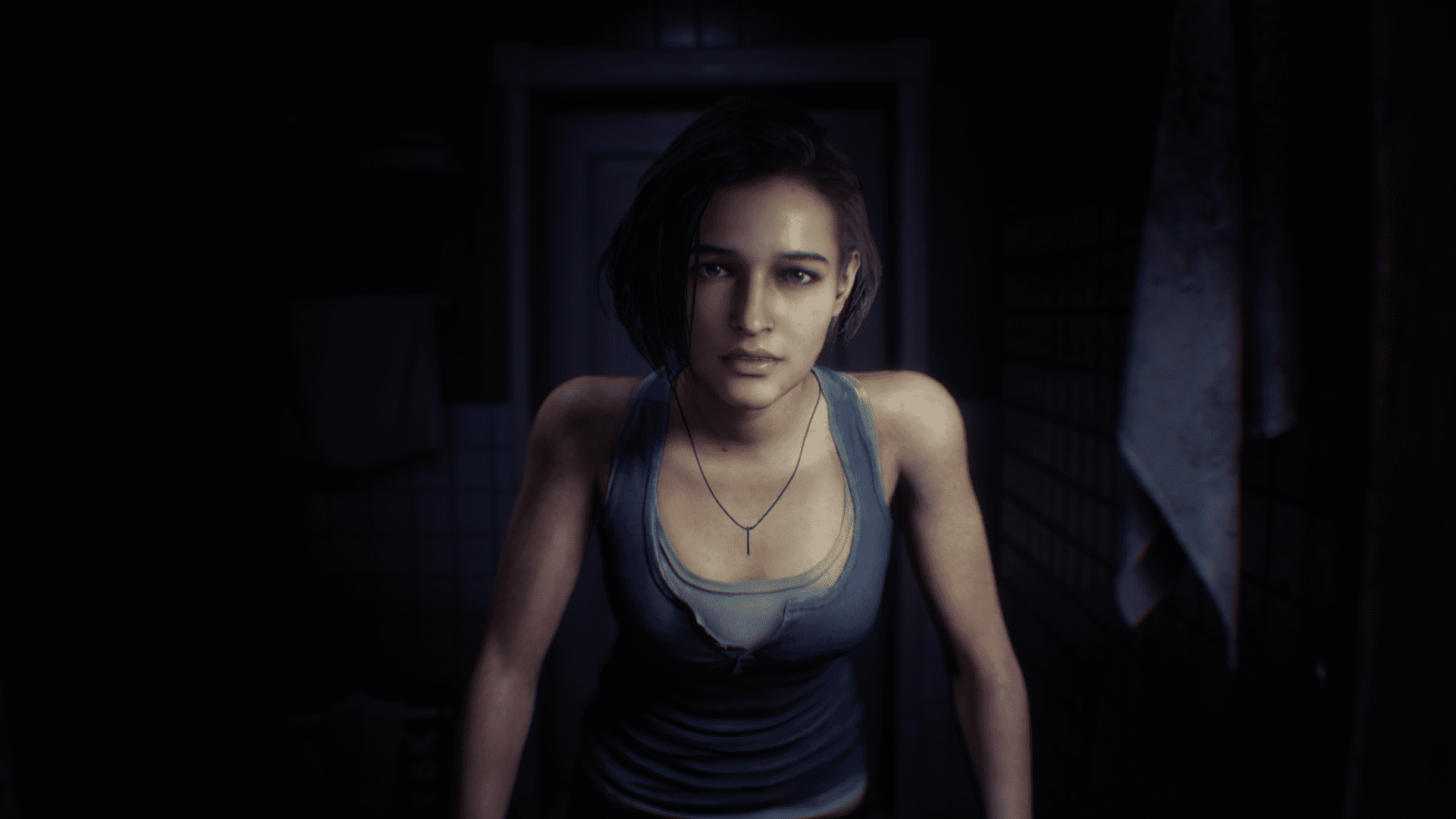 There’s nothing really remarkable about the story, but it’s told effectively and plays part in the overarching plot of the franchise.

Jill Valentine is an extremely capable character, and throughout her hellish escape, she will meet characters from the Umbrella Corporation, and Carlos Oliveira.

The dynamic between Carlos and Jill has actual growth throughout the game, and both characters are put into spots where their morality is tested. 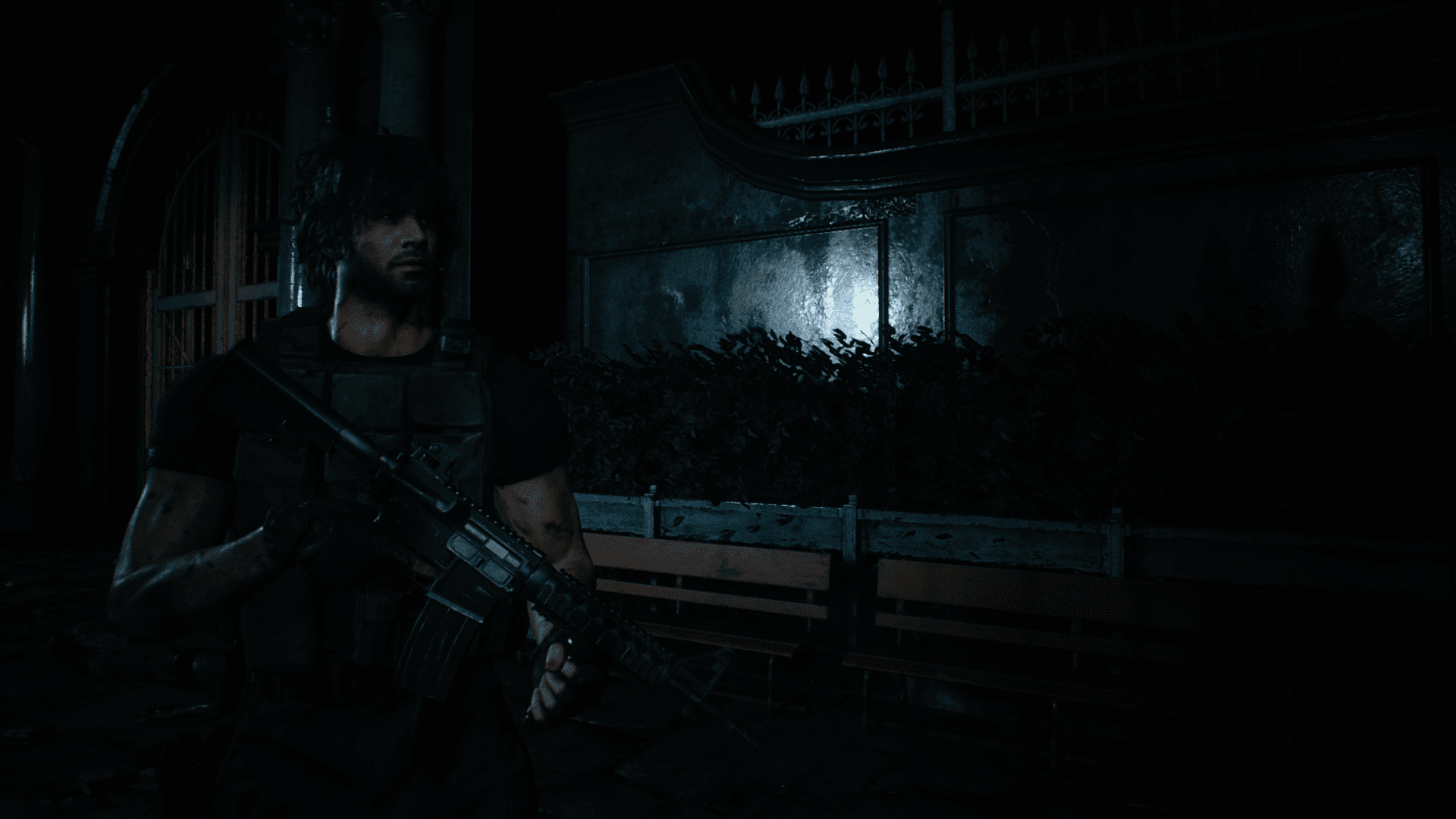 The characters are standouts, and despite the cheesy 80’s dialogue, both of them have a considerable amount of charm.

Resident Evil 3 isn’t very different from Resident Evil 2 when it comes to the core gameplay, and that isn’t a problem, because sometimes more of the same, isn’t a bad thing.

There’s an addition of a dash mechanic, that once mastered, allows Jill to evade grabs. It isn’t the best strategy to use in crowds, but very useful in one on one encounters.

If you were a fan of the more closely designed labyrinthian styled exploration of Resident Evil 2, you will be slightly disappointed. Resident Evil 3 is a very tightly designed survival action game rather than a survival horror one. 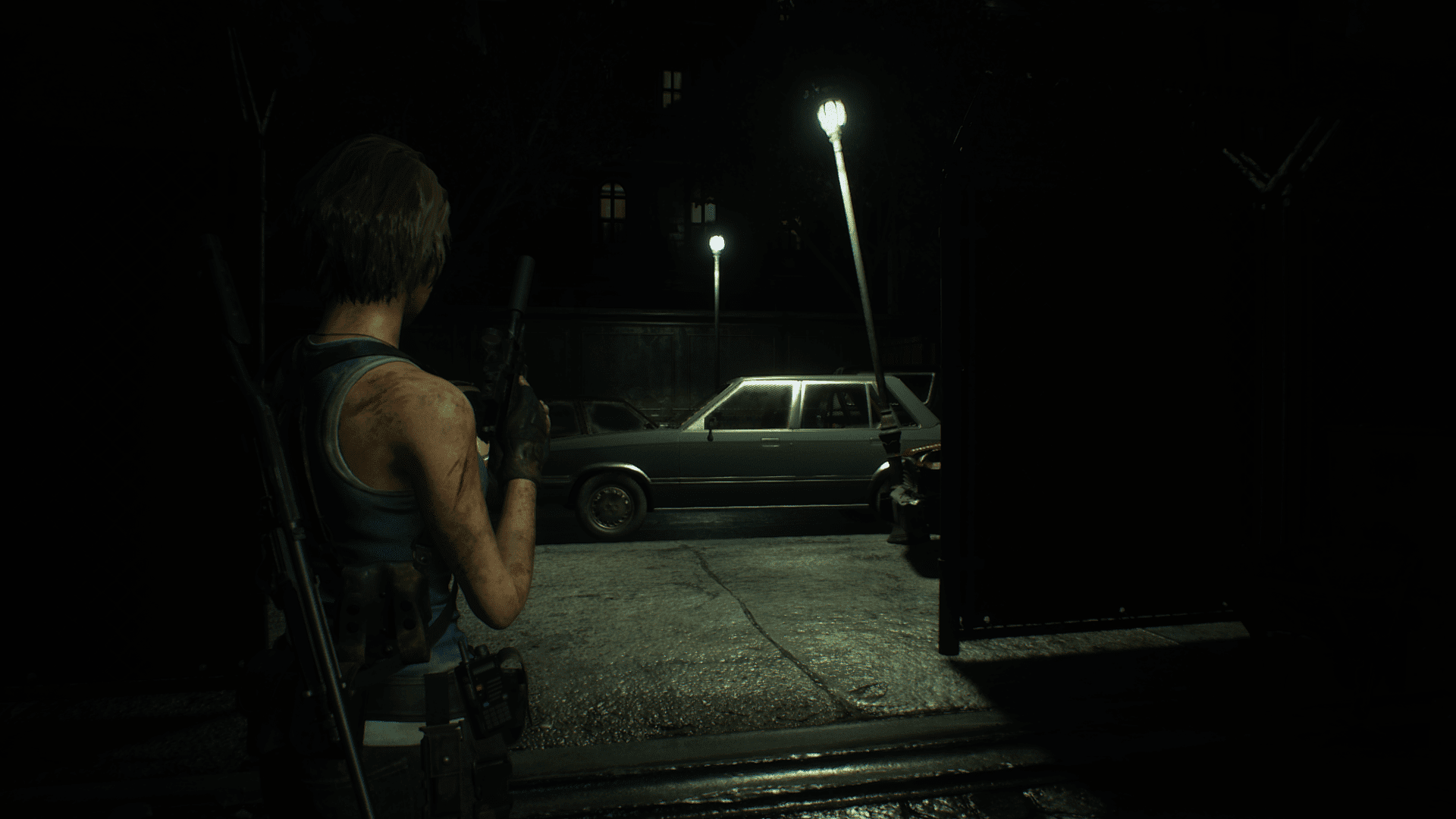 There’s a good amount of tension, and challenge when you face the many different enemy types like Spiders and other grotesque abominations.

However, being equipped with far greater firepower makes combat encounters feel a bit trivial in comparison to the previous entry. 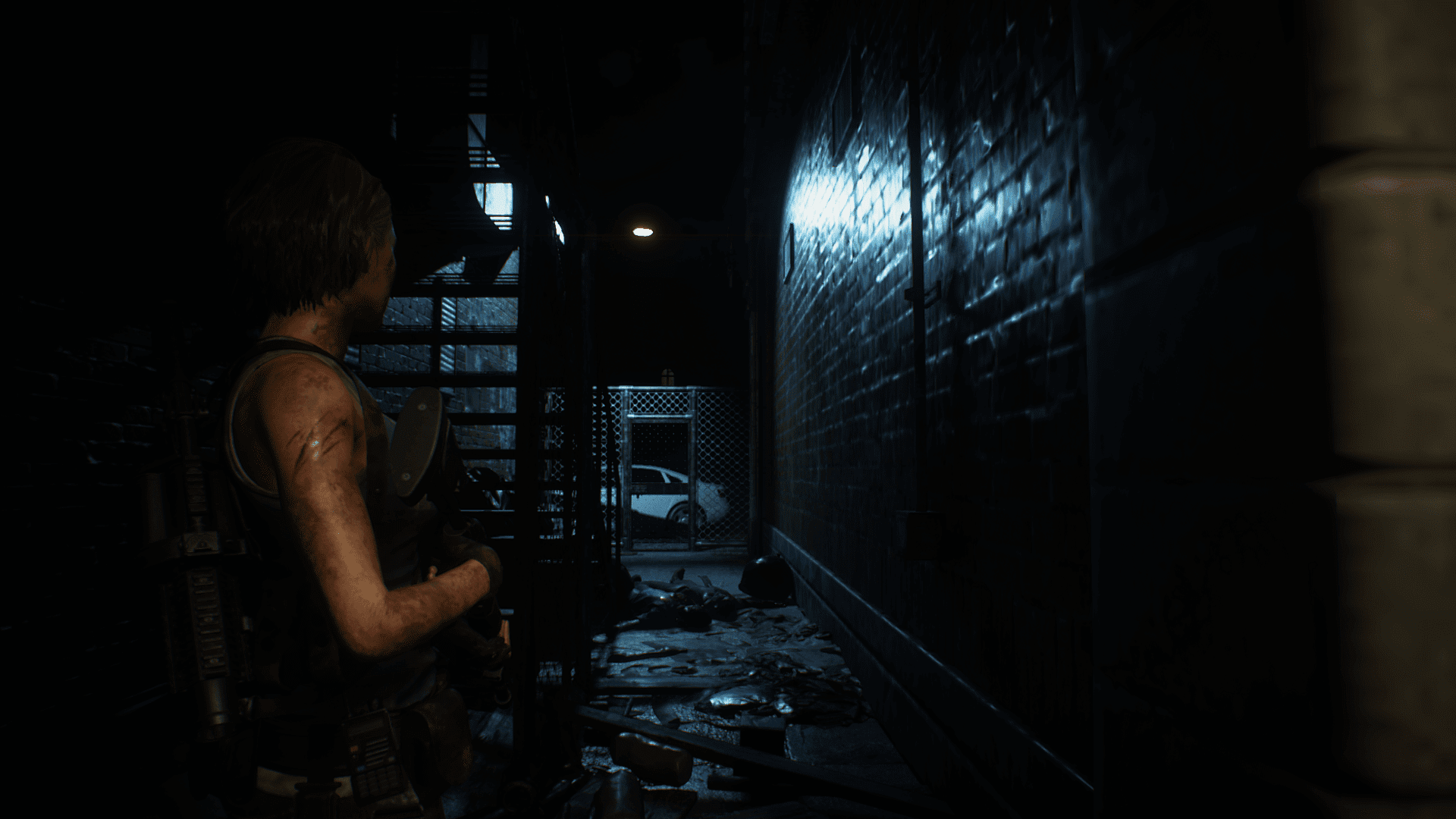 Shooting feels excellent with a good amount of feedback from the zombies, and seeing their guts shot out is still as satisfying as ever.

Puzzles have been almost completely removed, and while there are sections that require certain items to progress, you won’t be staying in one place for long.

There’s a sense of urgency throughout the game, and that only strengthens the narrative. It is an escape after all, and one that involves a lot of well-designed setpieces.

The streets of Raccoon City are a welcome change from the claustrophobic corridors of RPD, and there are a few sections that are absolutely disgusting in the best way possible.

Controls are tight and responsive, and you can manually choose your shortcuts to assign weapons and items to. Inventory management has been perfected, and you will be going through it without breaking a sweat.

The star of the show, the B.O.W (Bio-Organic Weapon) we all love to be scared of, Nemesis is an absolute tank of a beast. The very first moment he’s introduced, to the final form he takes, Nemesis will haunt your dreams for a while.

Nemesis is something straight out of Bloodborne for that matter, and his new design and the transformations he undergoes are an absolute treat to watch.

Unlike Mister X, Nemesis has frequent scripted encounters that always keep you on your toes, and offer a wide variety of heart-pumping chases. 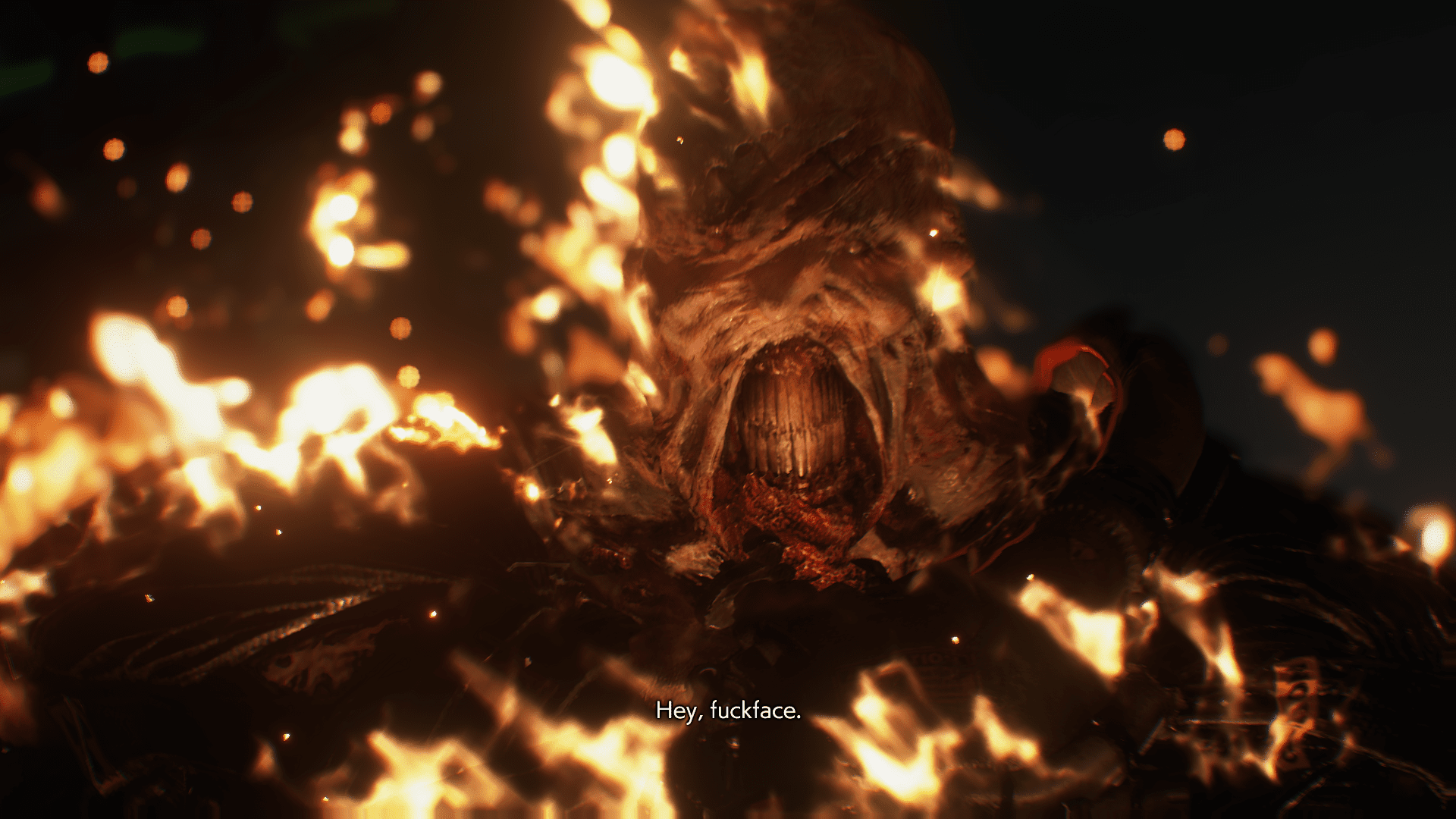 Normal weapons don’t work on him, and you have to be clever with how you slow him down. His sinister growl is haunting, and seeing his shadow loom behind you as you run through a zombie-infested alley is nerve-wracking.

Nemesis is an unstoppable force, and Jill, despite being flailed around like a child, isn’t having any of him.

Resident Evil 3 is an absolutely gorgeous game, with some fantastic art direction. The RE Engine shows once again how capable it is, and provides you with some of the most detailed character models in the AAA market. 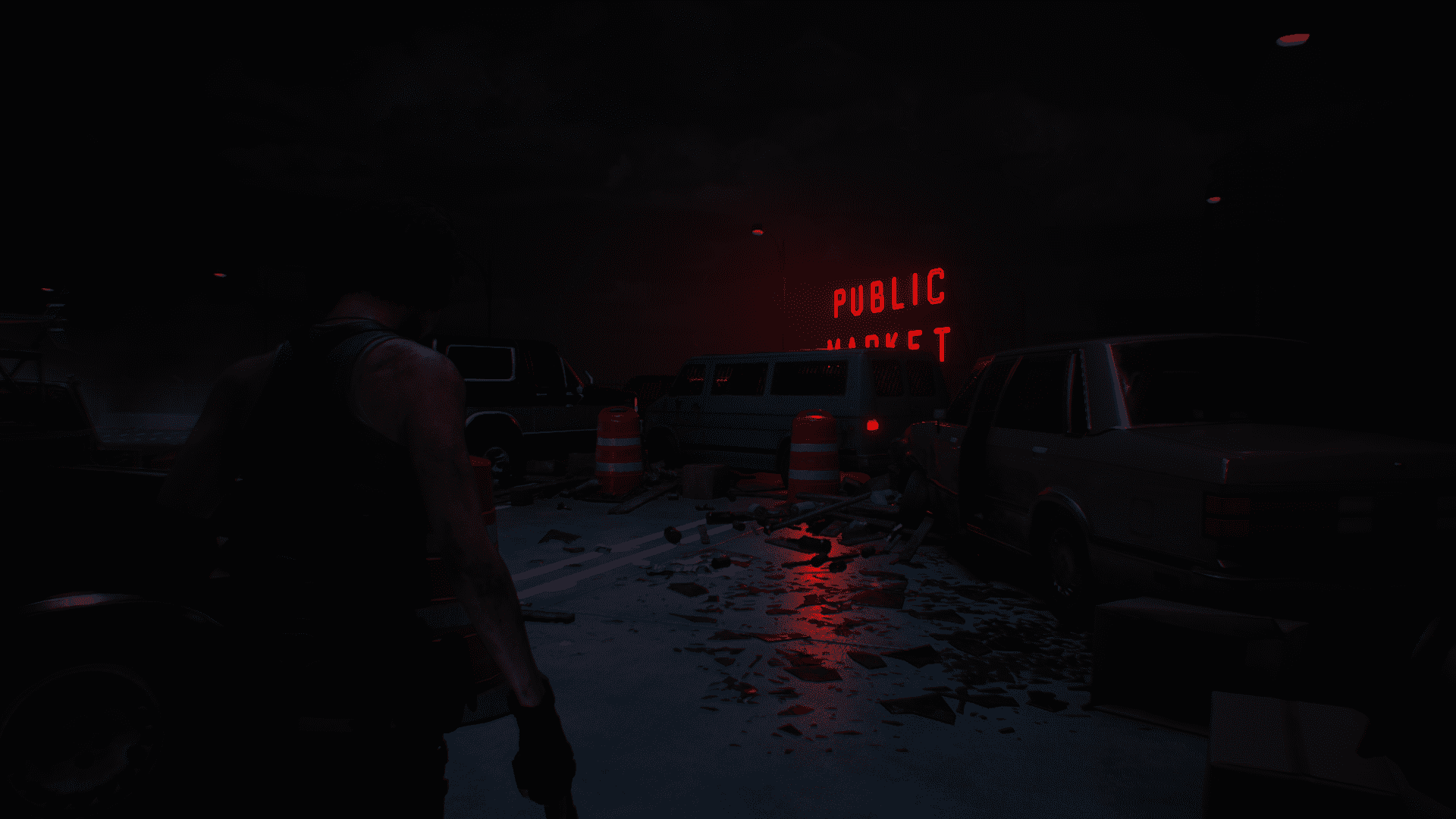 The use of lighting both indoors and outdoor is masterful, and every corner of this game is packed with detail. Every room you enter in this game is beautifully designed, and there’s an effort to make the setting as immersive as possible.

Animations for zombies, disgusting spiders and Nemesis are lifelike, and seeing everything move around you is almost uncanny. Jill’s reactions to zombies, and how they fall on you are contextual, and add another layer of depth to her character. 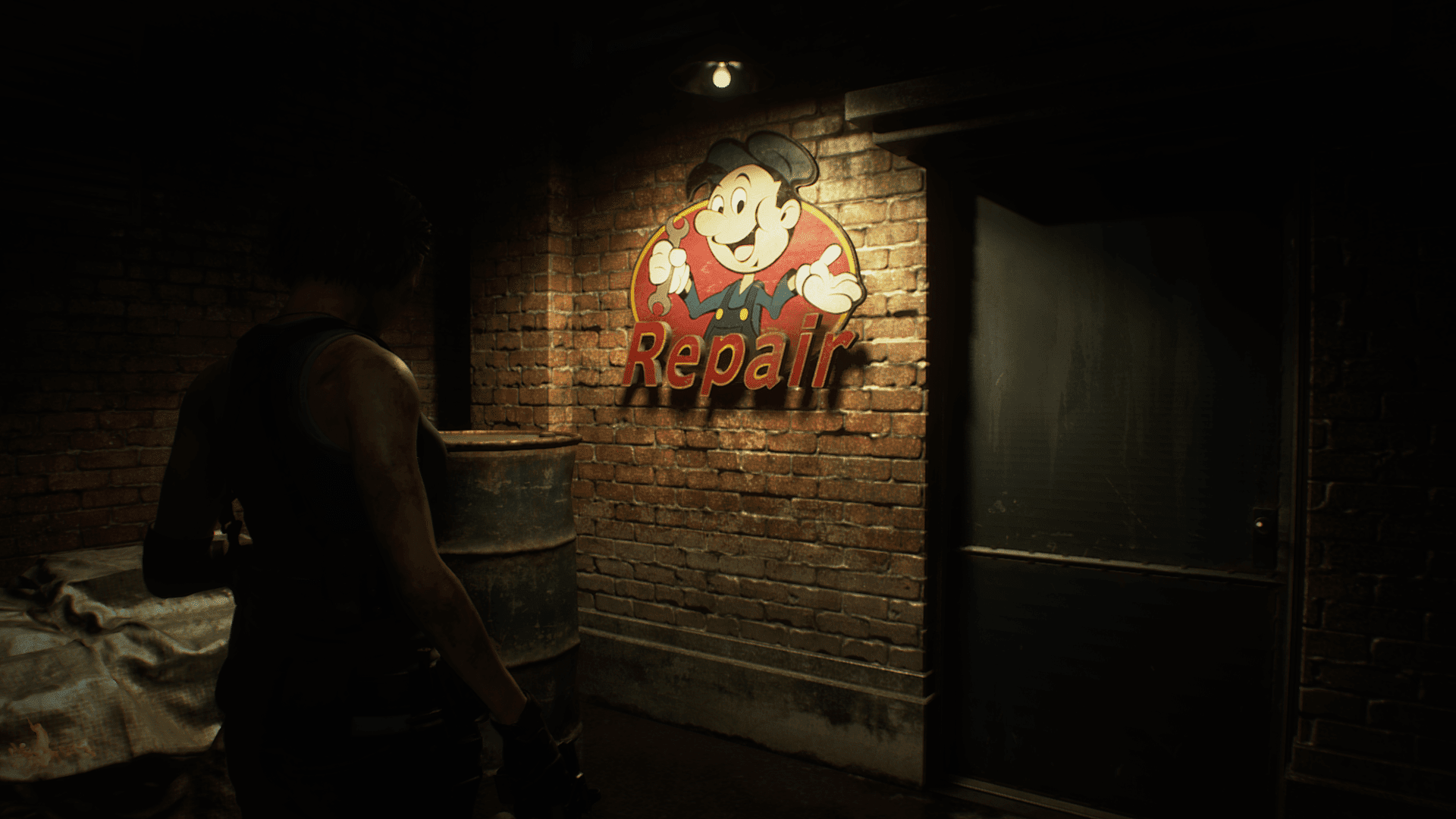 It’s the little things that stick with you, and despite the frantic speed of the campaign, there’s enough detail in the environments and characters to digest and remain with you for a while.

Despite the breathtaking visuals, the game runs quite well across the board and even better than Resident Evil 2 despite being more open. 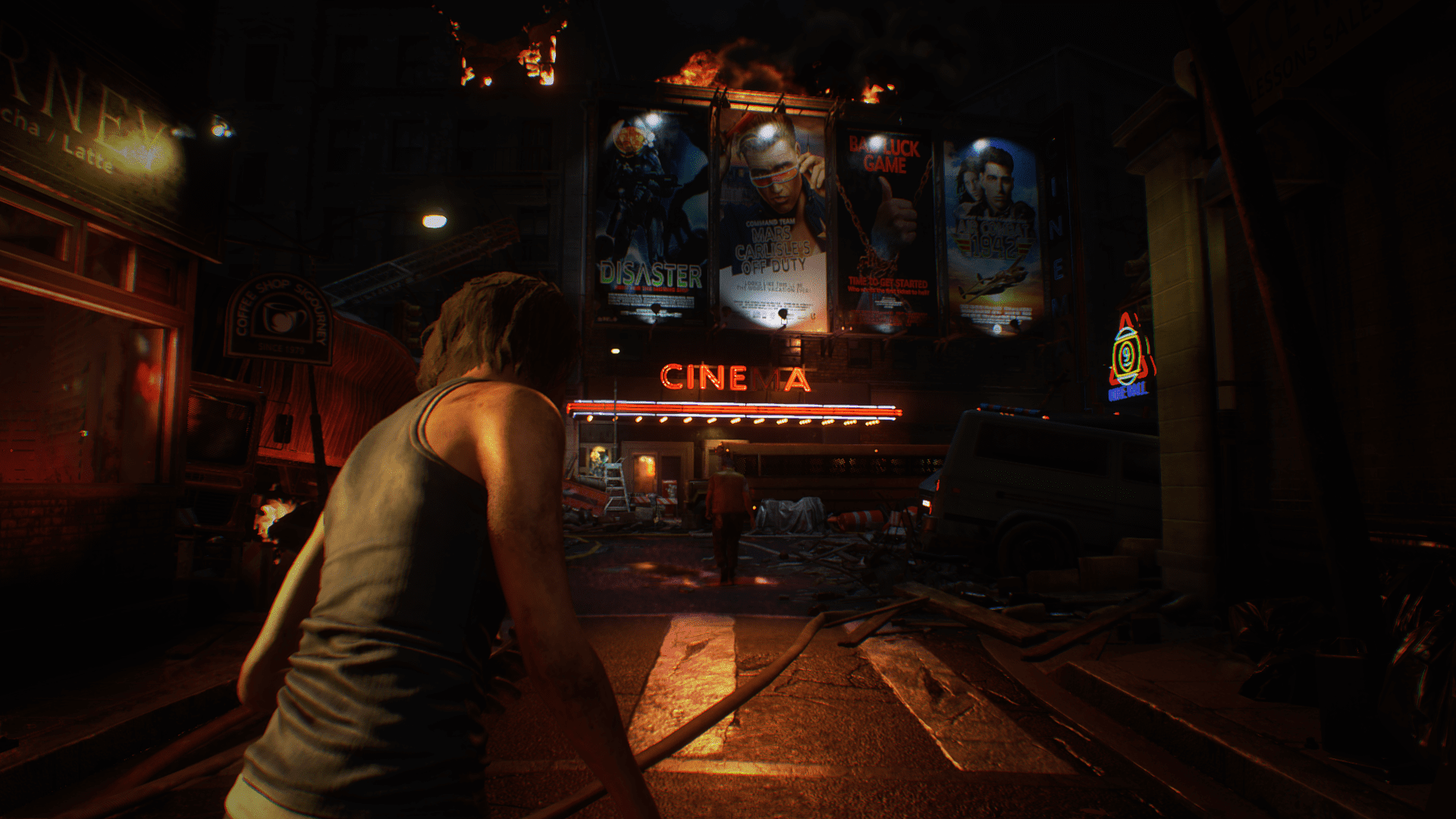 I had no problems with the game’s audio design, everything was clearly communicated, and you could easily tell where an enemy was coming from. It also offers a variety of presets and works exceptionally for headphones as well.

This is the only part where I really struggle with this game and its total length of the game. I managed to finish it in 5 and a half hours on the Standard difficulty, and I could’ve had maybe added another hour for exploration.

Whether that length is enough for you is a different question, it’s obvious that every minute of the game is deliberately designed to be tense, exhilarating and memorable. 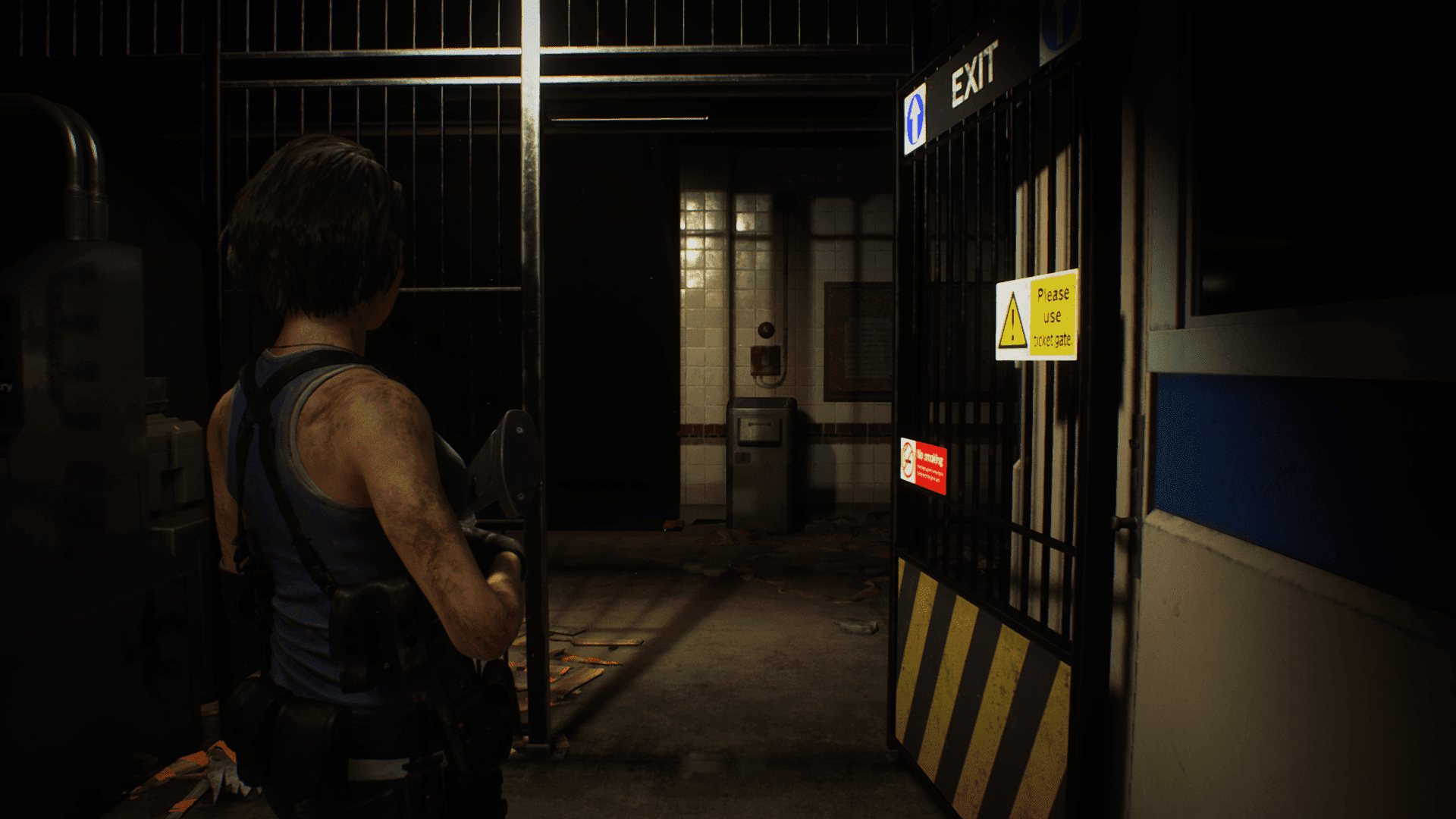 However, since there are no extra scenarios, if you don’t normally replay games with modifiers and increasing the difficulty, this short-lived campaign is what you’re getting for the full price of a AAA title. Replay only comes in the form of going for the platinum trophy or the 100% achievements if you’re on PC or Xbox One.

Resident Evil 3 Remake is another masterful entry by CAPCOM and provides an absolutely tense action-packed experience with strong leads. The game looks and sounds incredible, but it is a short-lived experience that could have been an expansion, and one you may or may not replay. 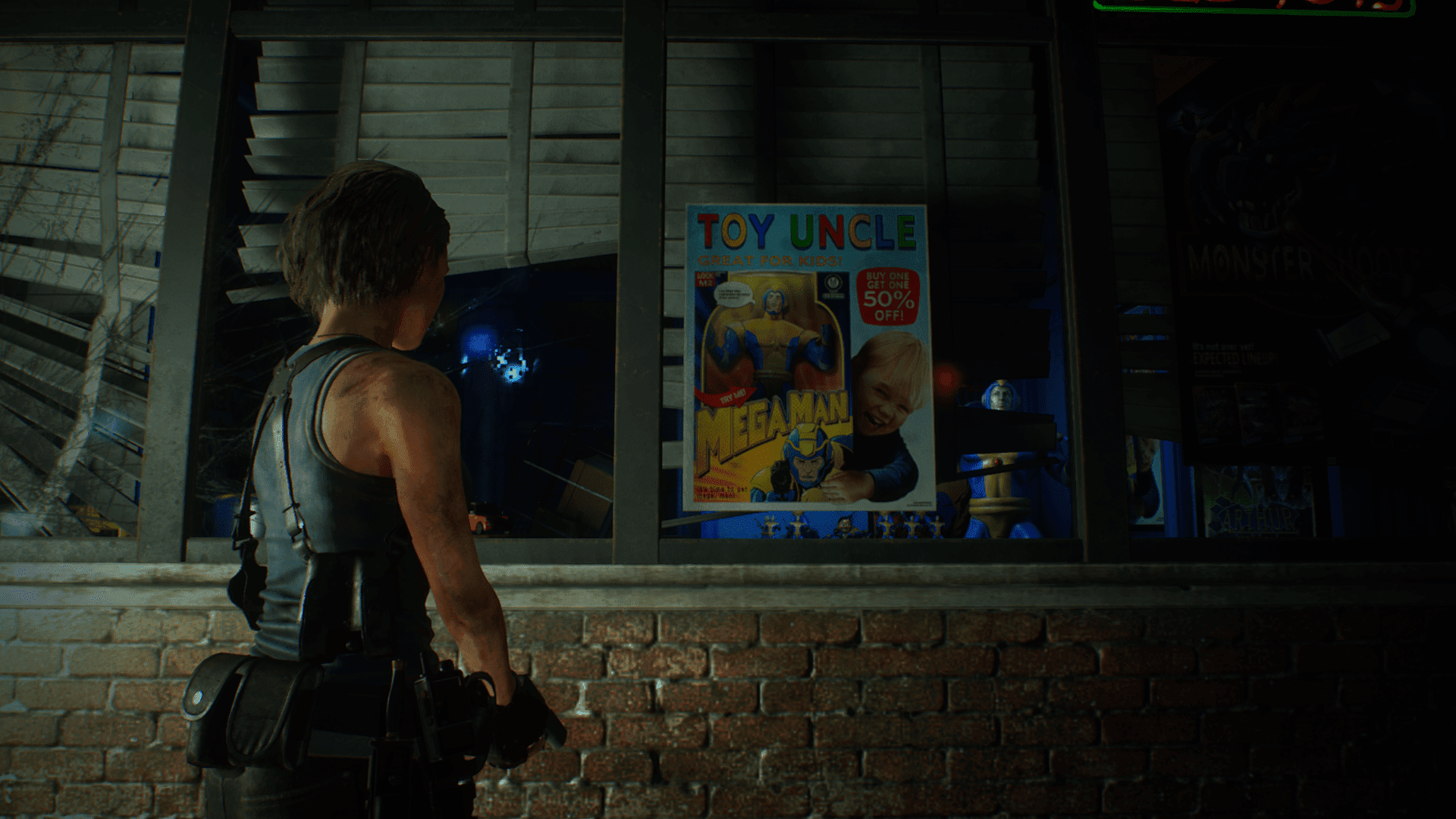