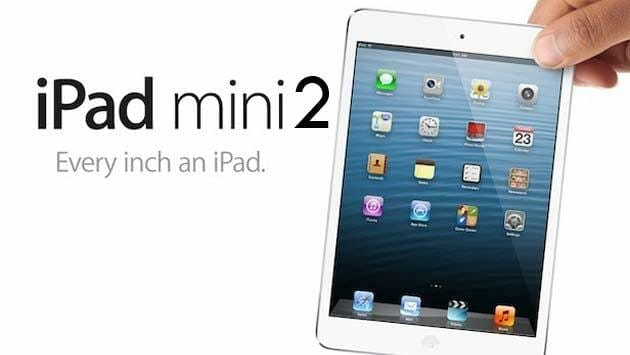 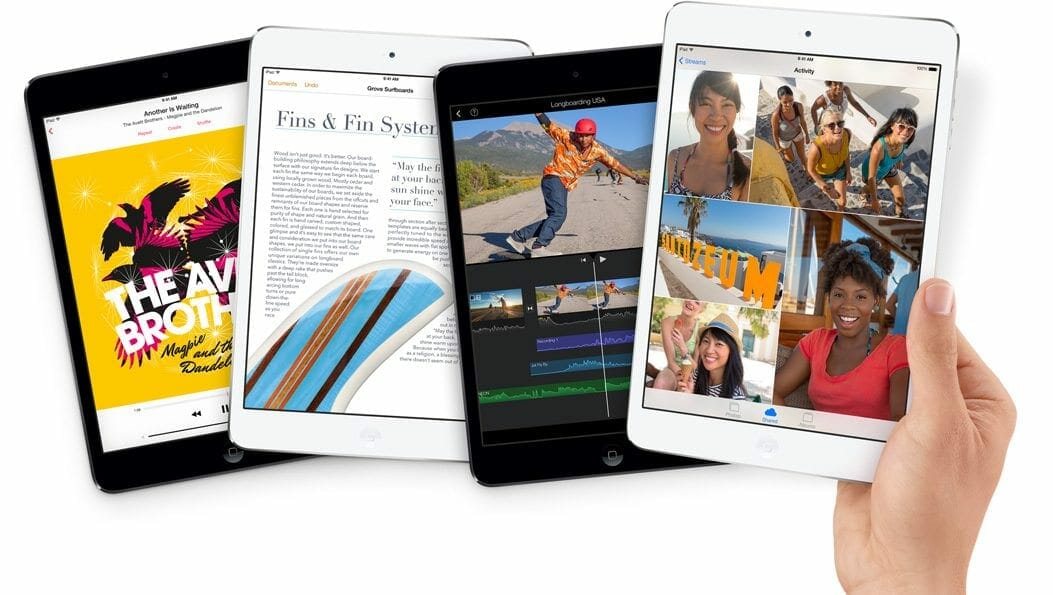 Apple has used its own Apple A7 chipset with ARMv8-based Cyclone cores. Graphics are Quad core PowerVR G6430. so here is a major boost in graphics. There were rumors about touch ID finger print scanner which turned out to be wrong as he mini 2 has only a regular Home button. Blutooth is v4.0 with A2DP and supportsEDR as well. iPad mini 2 comes with 16/32/64/128 GB storage options. 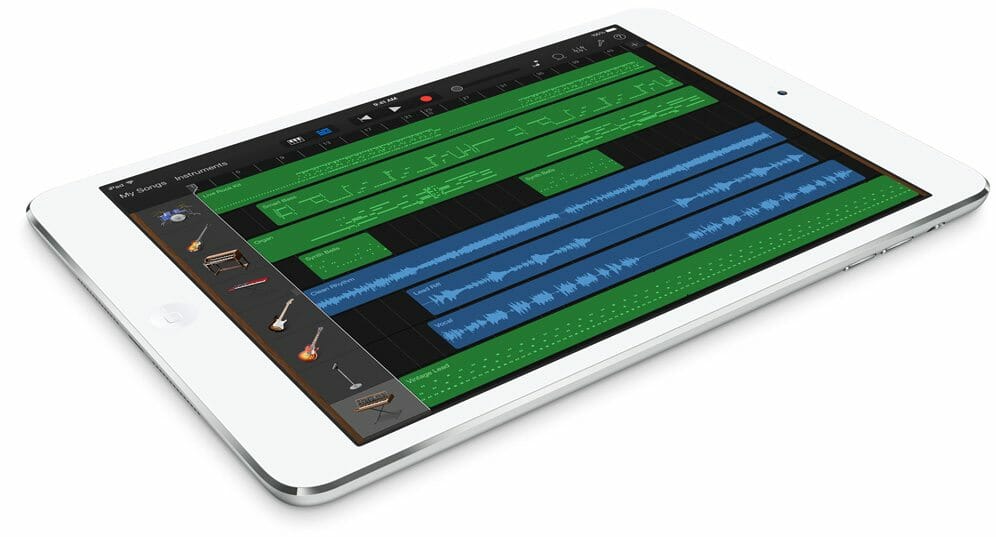 iPad mini 2 has LED-backlit IPS LCD capacitive touchscreen. Screen size is 7.9 inches with a resolution of 1536 x 2048 pixels which doubles the pixel density compared to previous iPad. The Apple iPad mini 2 will run iOS 7 out of the box of course.

Camera is 5 MP, 2592×1944 pixels, autofocus. Main features of camera includes Geo-tagging, touch focus, face detection and HDR. Camera is capable of recording videos of [email protected] and supports video stabilization as well. There is also a front facing 1.2MP camera for FaceTime over Wi-Fi or Cellular.

The Apple iPad mini 2 will be available in November starting at $399, which is notably higher compared to the $339 starting price of the first iPad mini last year.