The All new iPad Mini Specs

The new iPad mini is only 7.2mm thin which can be easily compared to that of a pencil and is 53% lighter than the previous versions of iPad making it easy to handle. It also comes with a beautiful display and a 7.9 inch screen which is beautifully calibrated like the previous versions of iPad. Its height is 7.87 inch while its width is 5.3 inch. It just weighs 0.68 pounds. 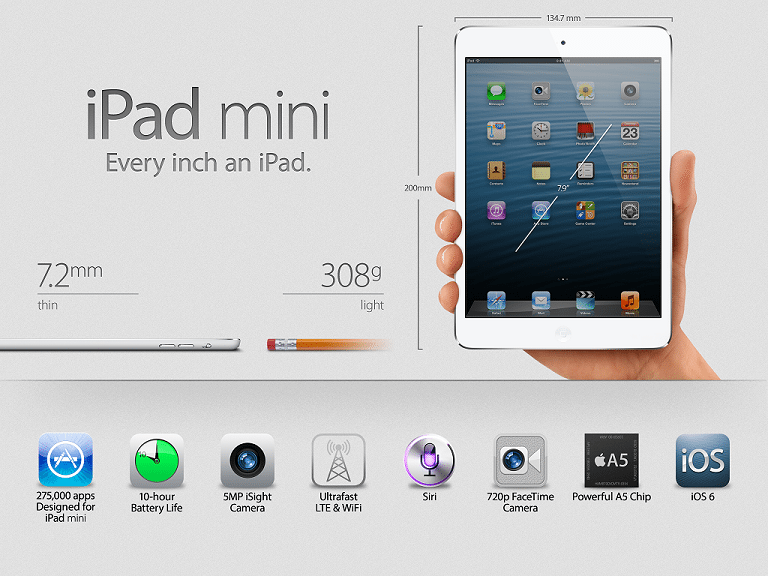 The new iPad mini comes with the same A5 chip which was being used in the iPhone 4s and iPad 2. This chip makes the working and swapping from one page to another page easier in a very smooth and efficient way with more than 10 hours of battery life so that you can perform your favorite tasks like listening the music and editing pictures without any tension of battery running out. The 5-megapixels camera allows you to take the still images to the best of their ability and the HD recording at 1080p lets you shoot your favorite videos with the results as great as the professional video camera without the issues of bumps and shakes with the auto stabilization. The new iPad mini also comes with the latest WIFI technology through which you can download the content at the speed of up to 150 Mbps which is as twice the speed of the previous iPad. You can also have ultra fast cellular networks around the world including advanced networks like LTE, HSPA, HSPA+ and DC-HSDPA through which you can download your favourite music or pictures at the lightning speed even without a Wifi network nearby. The Siri which has been revolutionary since the launch of iPhone 4s is also playing its utmost role in the iPad mini so that you can open up anything with the command of your voice because Siri is always there to help you. 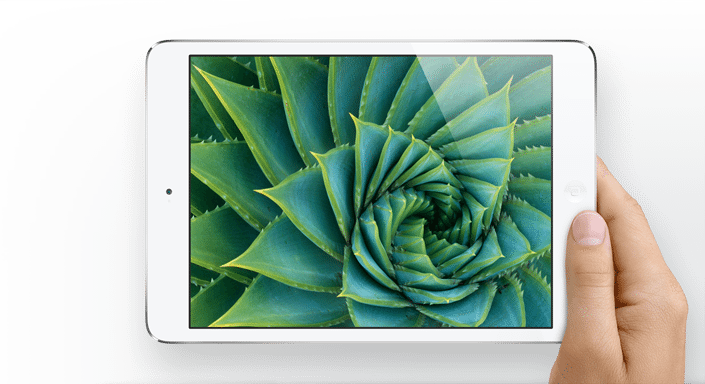 The most recent new feature of the iPad mini is its lightning connector with the eight pins. There is no fear of plugging the connector upside down which is more significant than the old 30 pin connector. The smart covers for the iPad mini are also available which helps in the protection of your iPad from scratches and saves battery life when you close the cover. 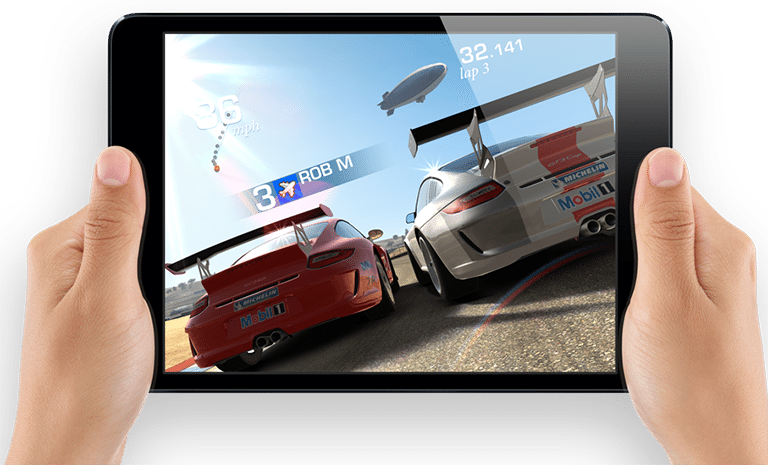