Sun Takeda’s manga series Gleipnir will be getting a TV anime adaptation. The series will be produced by studio Pine Jam.

The staff for the anime was also announced which you can check down below. Studio Pine Jam will be producing the show. The company was formed in 2015 and has produced 4 shows since 2015.

For those who are not familiar with the title, here’s a basic synopsis of the manga,

“Shuuichi Kagaya isn’t human. He has an unnatural sense of smell, and can transform into an incredibly powerful beast… of sorts. He does all he can to avoid standing out and being discovered, but no good deed goes unpunished, and his decision to use his power to save a girl spells the end for his quiet life.” 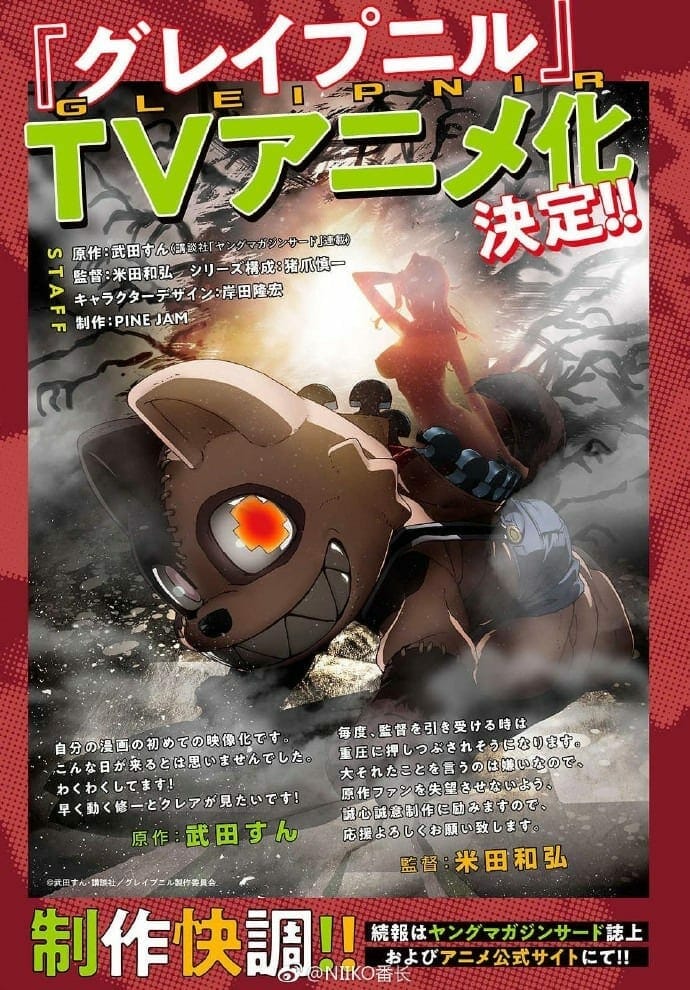 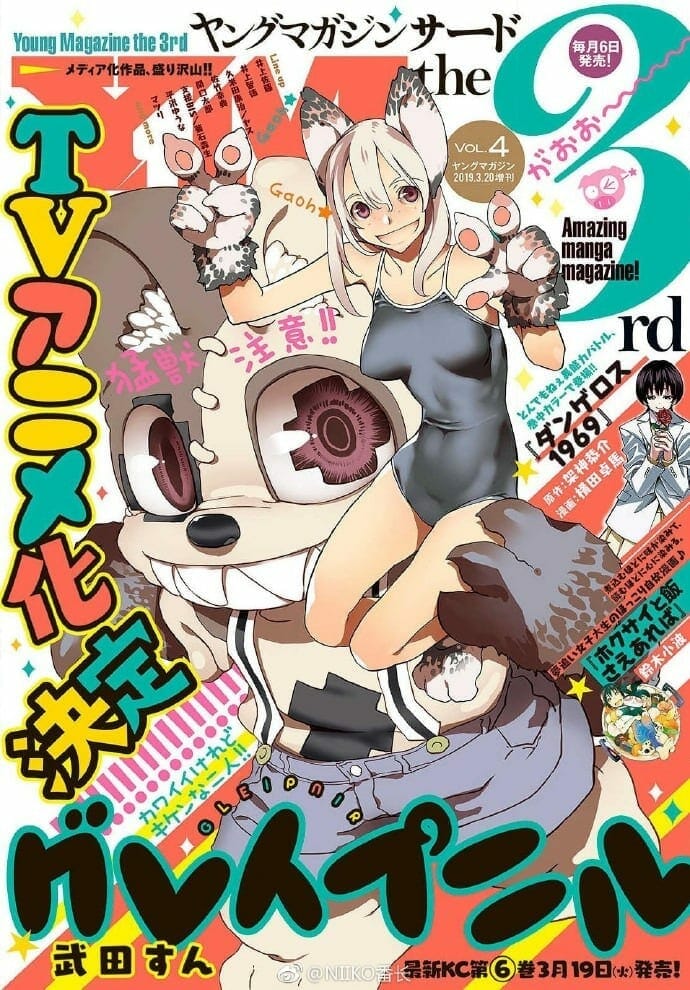 This is it we know for now. We will surely update this article as soon as more details are revealed. What do you guys have to say about Gleipnir TV anime adaptation? Do let us know down in the comments below. Since you’re already here make sure to check out, a new Gintama anime project has been announced, Rumor: Insomniac’s next game is called Mad Planets.