Theme gives look to your PC. Some users prefer to remain or live with the default themes while on the other hand, some users are interested in giving some new look to their PC by installing different types of themes. Thus themes change the appearance of your PC by making it more stylish.

A large number of themes are available from which users can opt for. There are users who have got PCs but they love the features, looks of iOS. So here is a theme for such users. The theme named iOS 6 on the name of well-known Apple OS gives the Apple look to your Windows 7 and 8 PC. The iOS 6 theme emboss the visuals, styles and appearance of Apple in to Windows 7 and 8 PC. 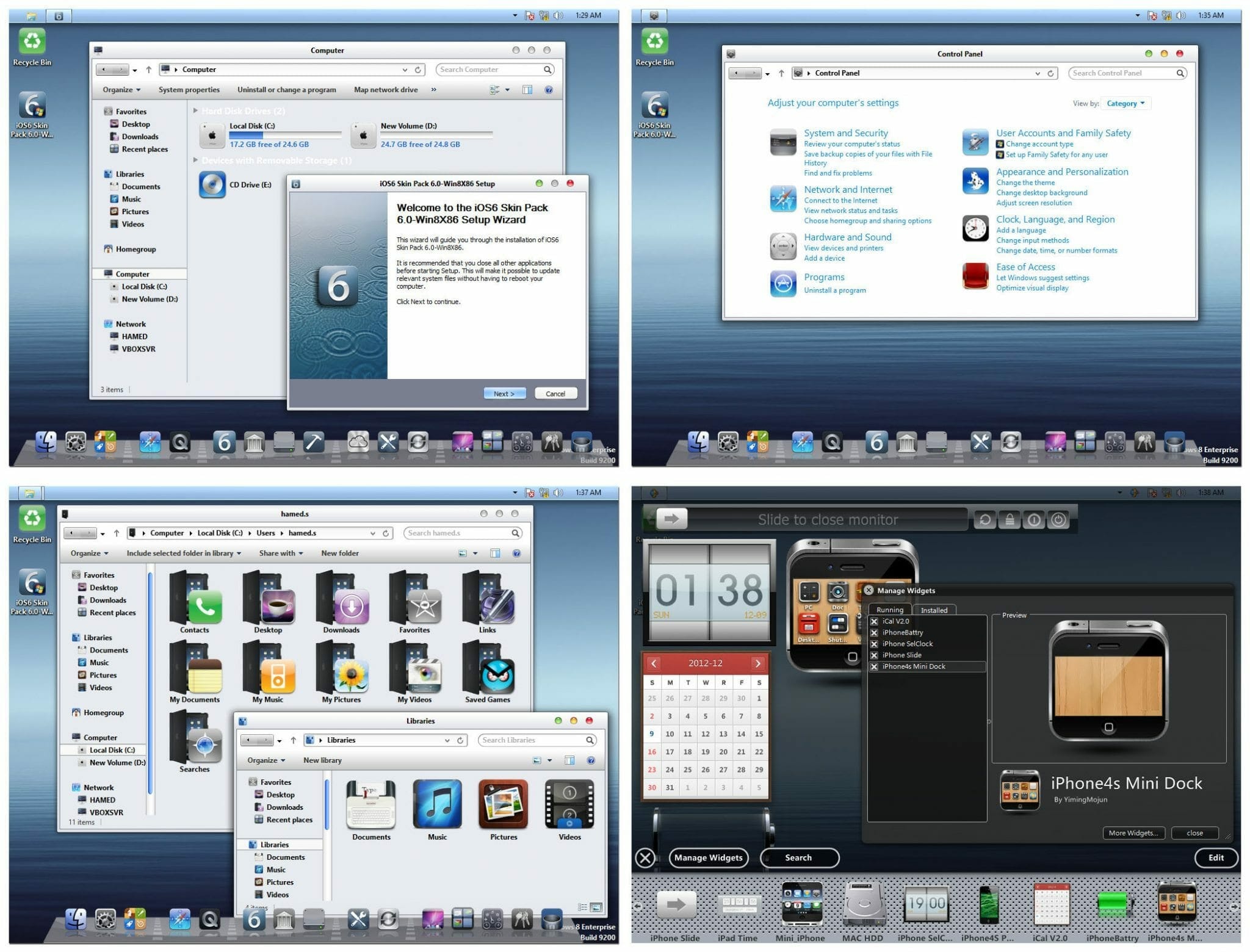 So how to install this theme? First download iOS 6 theme from here. Most of themes are difficult to get rid off so create a System Restore Point before installing the theme. Run the Setup and follow the on screen instructions to install the theme. After installation, you will see that the default look of your machine is now converted in to an iOS inspired look. The OS X Dock adds iOS icons, calendar, menu style and visuals hence giving the look of iOS 6.

So for the users who don’t own a MacBook or any such Apple device. The theme is best for such users to convert their PC style to Apple style. So go and grab this theme to enjoy the look of Apple.

FakeMyi : How to Add Fake Call Logs, SMS and GPS Location on iPhone

FakeMyi : How to Add Fake Call Logs, SMS and GPS Location on iPhone