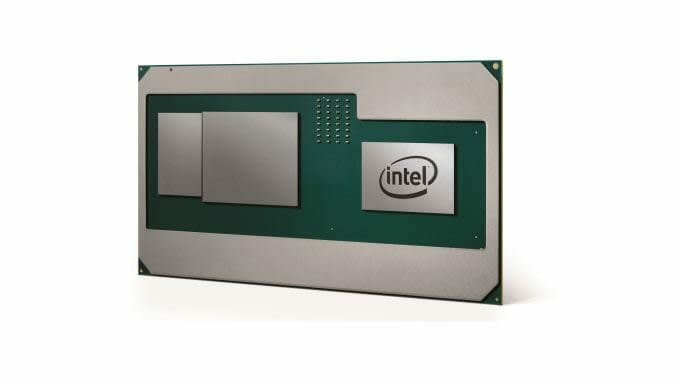 Specification of Intel Core i7 8809G processor has been revealed on their website. The Processors under core i7 8000 series will get hyper-threading and four cores.

It is not yet officially announced, but you can see it under quad core processors on their overclock list, on Indian version of the website. 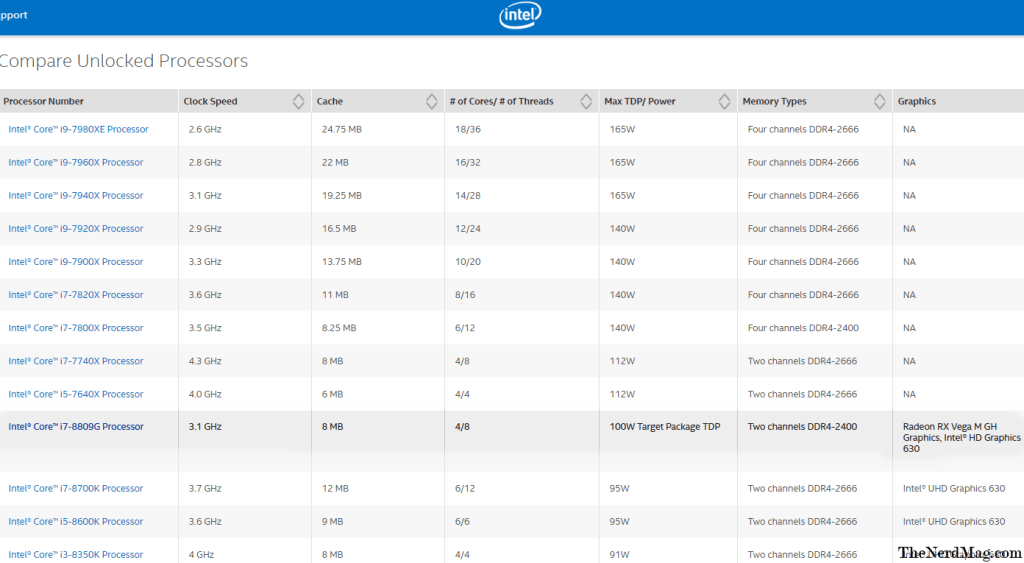 As you can see in above image, the Core i7-8809G is going to have base clock of 3.1 GHz and has 8MB L3 cache. Also mentioning, ‘target package tdp’ of 100W and support of DDR4 2400mhz memory. Most astonishing part is that, it will have two integrated graphics processors, Vega M and Intel Integrated Graphics Process (IGP).

To be precise, Vega GPU will be  “Radeon Vega RX M GH” and “Intel HD 630”.  Other information regarding to this process has not yet been revealed or leaked. Neither any information about HBM2 memory.

We know that 8709 would come with a Turbo up to 3.9 Ghz and the base clock with 3.1Ghz. But no one knows about GPU clock of these processors yet. 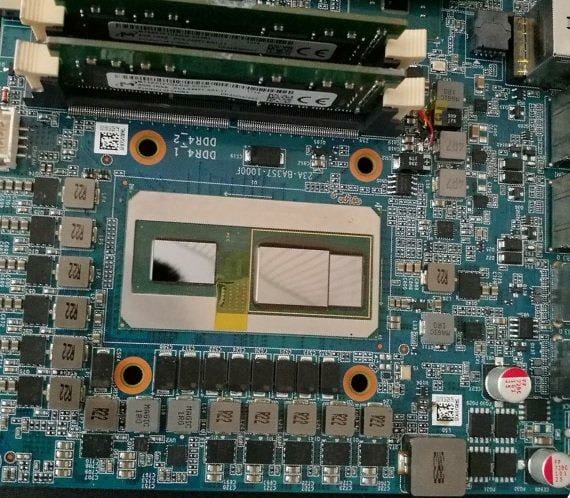 This photo appeared online showing a beautiful MCM design. As you can see Intel Processor and AMD vega GPU with HBM2 memory working all together in one piece.

The alphabet in 8809G looks like a word for graphics or gaming. So we can assume that this specific series is going to be called Gaming Edition.

We’re waiting for them to reveal more information, till then keep following us. We’ll do our best to let you know about it as soon as possible.