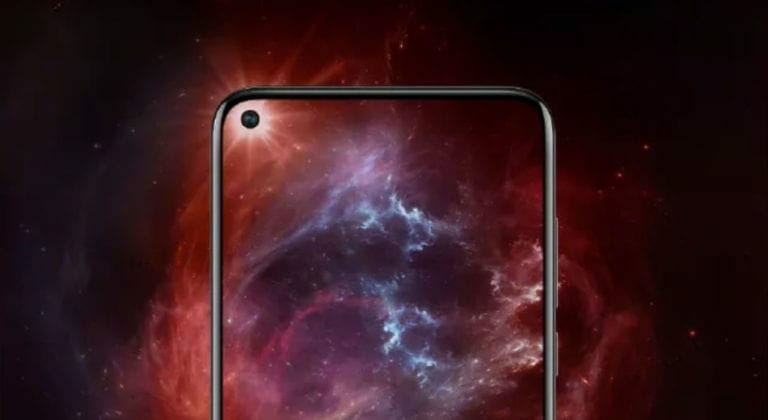 Huawei Nova 4 is the upcoming Huawei Smartphone that attracted a lot of attention following the first render leaks a few days ago. The most noticeable feature of the phone that people were intrigued with is the edge-to-edge bezel-less and notch-less display that is something very new and only shared by Samsung’s A8s. When I say notchless, I mean the traditional notch that we have come to see in phones such as pixel 3 and iPhone X and later. Huawei Nova 4 implements what Samsung calls the Infinity-O display. Today, we have the first detailed Huawei Nova 4 leak that shows multiple pictures of the smartphone.

I think it is safe to assume that the notch is going out of fashion as the year ends. 2018 was big on notches and almost all flagship devices from different manufacturers included some variation of the notch. Now, the trend seems to be diverging in favor of a cutout based notch that is less noticeable and only houses the front-facing camera in the corner of the screen.

Samsung is thought to be the pioneer behind this new technology and they are calling it the Infinity-O display. The first Samsung phone to feature this sort of a display will be the Galaxy A8s that will be releasing this month.

You can see the leaked pictures for yourself below. As I mentioned earlier the first thing one would notice is the large display with a cutout camera hole in the upper left corner. In my opinion, this is by far the best alternative to the rather bulky and unaesthetic notch in the center of most phone displays.

The display measures 6.4 inches with a very minimal chin at the bottom. For the most part, the display is indeed bezel-less. However, according to reports, the display is an LCD one and not the superior OLED display that we often see in modern smartphones. This compromises the brightness levels of the display among some other things.

Moreover, another noticeable physical aspect of the phone is the thickness. If this leak in any way shows a final product then it is bad news for many as it looks quite thick from the pictures. Look at this picture.

I don’t know if its the image, the angle at which the photo was taken or some other reason but something is definitely not right here. The phone’s thickness looks quite a lot in comparison to phones from this year or even the previous year.

Isn’t technology supposed to move forward and not backward? I really hope the thickness is not as it seems in the leaked pictures. Anyway, as for the internals, we don’t have any concrete reports confirming any of it but it is rumored that there will be the usual 6 and 8 GB RAM variants with a Hisilicon Kirin processor.

The phone is set to launch on 17 Dec this year. There are no reports on the pricing yet, however, if I were to speculate, id take into account the price of the Nova 3 smartphone which is going for 500 USD currently so expect something around that figure, possibly more.