Apple to debut iPad Mini 3 this year, will be 30% thinner

Microsoft may be in concern, what to bring this year. But well, this is not a matter at all as far as Tech Giant Apple is concerned. This year, Apple has got lot in its pockets. From revamped iOS versions to new Macbooks, the Cupertino is set to launch all. Other than iOS 8, OS X Yosemite, iPhone 6, iPad Air 2 & iPad Pro, Apple may make iPad Mini 3 debut this year. The new report has come from GforGames. The report has also given some leaks regarding the new iPad Mini variant. 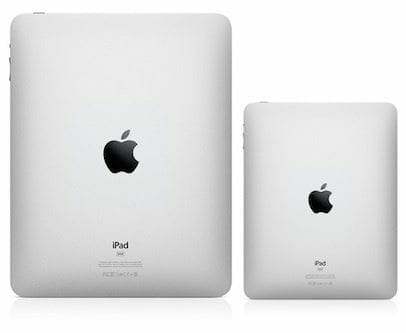 As per report. iPad Mini 3 will be termed as ‘iPad Mini Air’. It seems like Apple is now using ‘Air’ term in its variants names. Previously, we also learnt that 5.5-inch iPhone would be called ‘iPhone Air’. The new iPad Mini will be thinner than the previous iPad Mini 2 which was 0.29 inches. This will definitely make the new variant lighter. Other details specify regarding the chipset and the screen size. iPad Mini 3 will possible run on new A8 chip. The screen size will be around 7.9-inches.

It’s quite early to say something regarding the new iPad Mini 3. If things goes according to the plan, still the release will be in last quarter of the year. Some reports also say that Apple is now favouring iPad Mini 3 and iPad Air 2, delaying iPad Pro or 12.9-inches iPad.

Have you words regarding this report in your comments below.