Back at WWDC 2014, Apple uncovered iOS 8. The new iOS will accompany some real exciting features including WiFi calling for iPhones natively. Till now, you need some third party app like Viber or Skype to perform the job. But with iOS 8, there is no need for such apps!

Today, Apple rolled out iOS 8 beta 3 update, a major one. The update has finally activated WiFi calling for iPhones, particularly T-Mobile versions. Previously, about a month back, T-Mobile confirmed that it would support iOS 8 WiFi calling feature. Here are the notes from CMO Mike Sievert:

Since we launched Wi-Fi Calling over seven years ago, our engineers have continued to deliver quality and user experience enhancements. As a result, our service is one of the most advanced natively-integrated Wi-Fi Calling products in the U.S. We have the deep technical knowledge and the close partnerships with device manufacturers to deliver the Wi-Fi call quality wireless consumers have come to expect from the Un-carrier.

So, how to enable WiFi calling on your T-Mobile iPhones running iOS 8 beta 3? Well, it’s quite simple. Head to Settings > Phone > WiFi Calling. T-Mobile will hopefully be offer a better calling quality. Also, this feature will be saving your device battery. 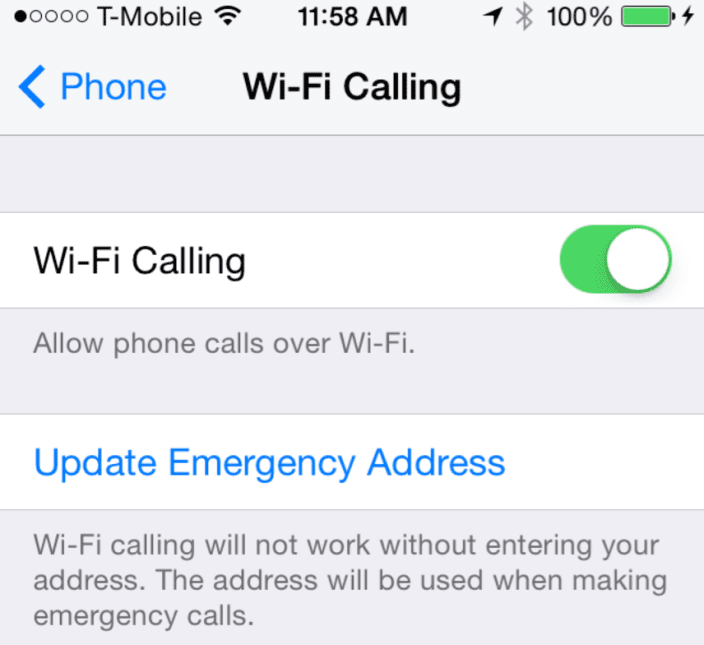 This will certainly going to take off load from cellular networks. Moreover, we can also hope for call prices to get bit reduce to compete this feature i.e. native WiFi calling for iPhones.

Apple seeds iOS 8 beta 3 to developers, get it downloading now!