Weathering with You screencap

A new poster visual and additional cast for Tenki no Ko or Weathering with You has been released. The movie premieres on July 19th

Weathering with You is the anticipated upcoming slice of life, drama anime movie directed by Makoto Shinkai and produced by CoMix Wave studio. A new poster visual for the movie has been revealed today along with the additional cast which you can check out down below.

Weathering With You Anime Movie Details

“The movie is about a boy and a girl get their destiny baffled during the era where the balance of the weather gets messy. Hotaka Morisaki, a high school student who ran out of the house in the island away from Japan, met Hina Amano, a girl with a mysterious power who can make the weather sunny just by “praying.” 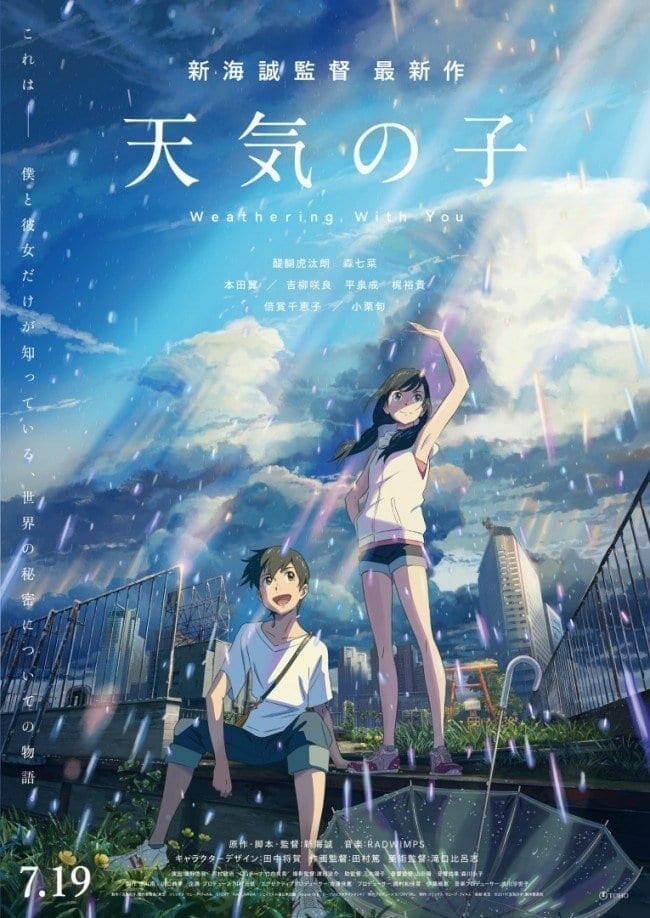 It is undoubtedly one of the most anticipated anime movies of 2019. The movie will hit the Japanese theaters on July 19. Art of the movie looks promising and it is being directed by Makoto Shinkai, the mastermind behind the hit Your Name. If you are an anime fan surely you have heard of your name before. Considering how much success Your Name has achieved, do you think this movie will be able to reach the same heights as Your Name did? Let us know about your thoughts down in the comments below.

Spyro Reignited Trilogy For PC Leaked By Taiwan Rating Board