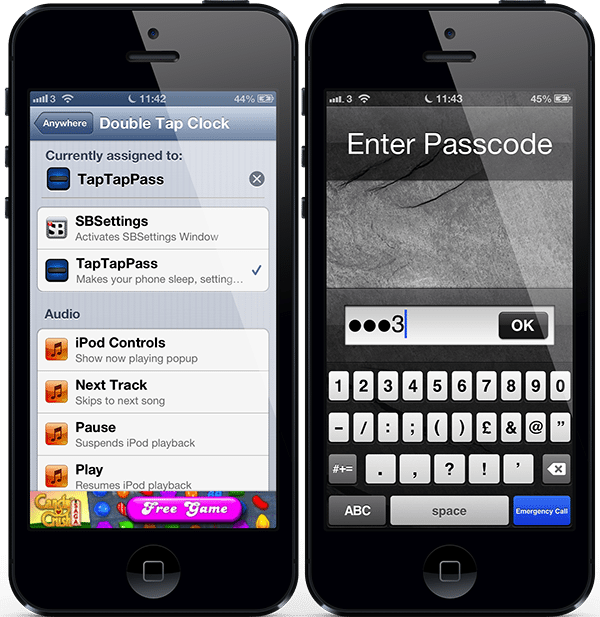 TapTapPass is a new tweak for JAILBROKEN devices that enables the user to use an action in order to turn the Passcode feature ON or OFF. You can use this tweak to toggle your Passcode feature from anywhere hence it means a lot to the users who often activates or deactivates feature.

Suppose you are with your friends n

you have got some private material in your device, you just need to turn on the feature and your phone will be locked from anywhere. As you are alone, you can easily disable the feature.

The tweak is easy to operate as it has no further settings. The tweak is available free of cost at the ModMyi repository. You need a device having iOS 6.0 or greater in order to use this tweak.