Rumor: Red Dead Redemption 2 for PC might be another Epic Game Store Exclusive 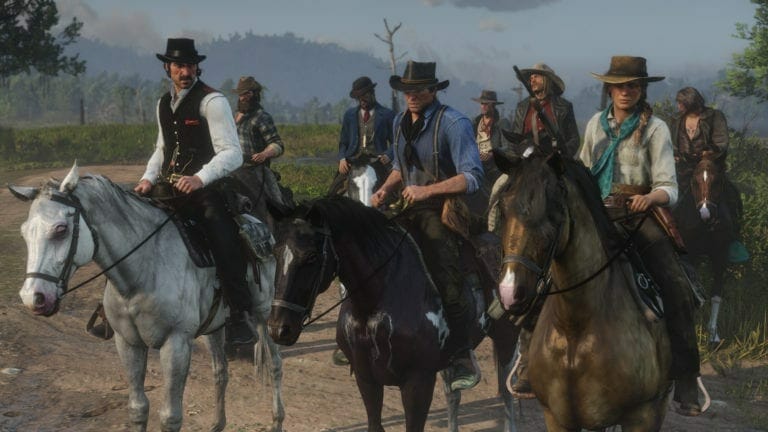 Red Dead Redemption 2 was one of the best titles of the past decade and garnered both critical acclaim and controversy. The game only released on consoles and people have been aching for a PC version, which is a norm with all Rockstar games. Now it seems that Red Dead Redemption 2 for PC might be revealed soon, with details and a release date.

So, beyond this point, everything should be treated as a heavy rumor for now. According to a self-acclaimed famous 4chan leaker, Red Dead Redemption 2 is indeed coming to PC, but on the most controversial client in the industry right now. Yes, as you may have guessed it, according to the leaker, Red Dead Redemption 2 is coming to the Epic Games Store as an exclusive.

The leaker continues saying that the game will be announced on 22nd April, this month at 9 AM PST. The game is supposedly coming on 9th July as well. Here is where the rumor gets even morbid, not only is this an epic exclusive but apparently, it will never come to Steam, at all. He mentions how Take Two plans to take most out of their DLC and online profit, that Steam usually takes 30% off.

Now, with all rumors, especially 4chan rumors, take this with a grain of salt, as it could mean absolutely nothing. This could just be one of the hundreds of false rumors 4chan is famous for, but it could also be one of the few actually true ones, like the one about Borderlands 3.

Either way, we really want Red Dead Redemption 2 to release on PC, and we want players to be able to choose the client they want, which Epic doesn’t seem like to want as well.

What do you think about this rumor? Let us know in the comments below and share your thoughts.