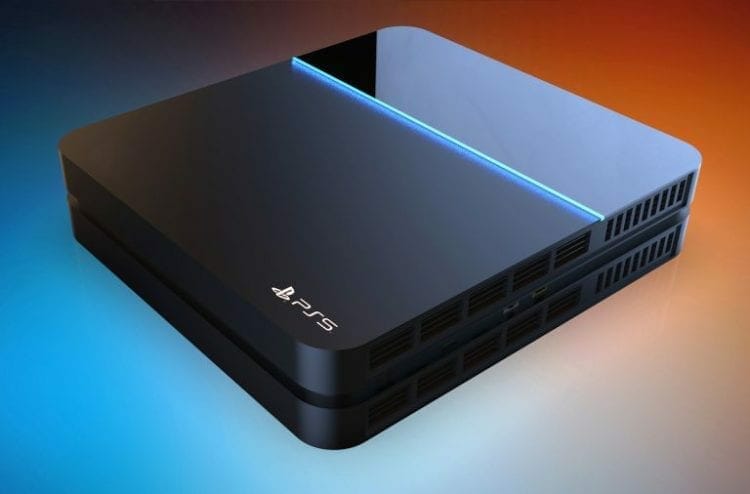 Some recent information has come to light that suggests that previous claims regarding PlayStation 5 4K 60FPS capability by a Redditor may, in fact, be true. The same Redditor, who seems to have reliable sources, also made a couple of other claims which have then come true. Still skeptical? keep reading.

Back in November last year, our writing staff reported that Sony will not be appearing at E3 next year (2019). This was, at the time, not substantiated by Sony in any way rather it was merely a claim by a Redditor called “RuthenicCookie”. However, shortly thereafter, it was confirmed by Sony that they do not have any plans of appearing at E3 2019. 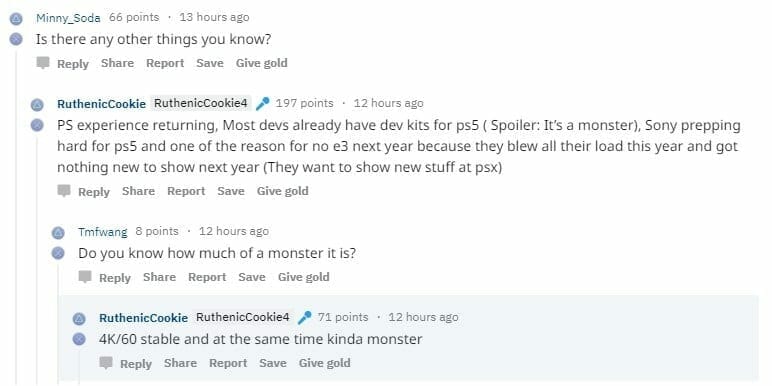 The subsequent confirmation of the claim made by RuthenicCookie brought a hint of credibility to his name. This credibility was again demonstrated when just yesterday PS4 players took to Reddit and complained about Anthem shutting off their PS4s. This was also brought to attention by the same Redditor even before the release of the game that the game will be a buggy mess (check image below) on PS4 and will cause systems to shut down.

Seeing how RuthenicCookie has been right regarding his claims on two separate counts it then begs the question whether his earlier claims regarding PlayStation 5’s 4K 60FPS capability also carry weight.

Just to be cautious, I am treating this as a rumor, for now, however, it stands to reason that the claims made by RuthenicCookie could be true given how he has been right about Anthem problem on PS4 and Sony’s decision not appear at E3 2019.

So just to refresh your memory then, our article published in November last year mentioned the following as revealed by the aforementioned Redittor.

Seeing how the console will supposedly be able to handle 4k at 60 fps stable we can then correlate this with the rumored specs of PS5 from other sources. Currently, the most common rumors regarding the hardware of PS5 mention the following specs.

It can be argued these are the bare minimum specs one would expect from a console capable of running modern games at 4k 60 fps. Keeping in mind the arrival of ray tracing to the gaming scene, the PS5 which is also rumored to have ray tracing capabilities, would need a powerful 8 core CPU and an equally capable GPU which according to the rumors is a custom GDDR5X AMD GPU.

Moreover, 16GB of ram as many would agree is the preferred amount for a gaming PC these days. It seems reasonable that the PS5 will incorporate at least 16GB as anything less than that wouldn’t make any sense.

The release date is a grey area right now because different people have different opinions on it. Last year in May, Sony Interactive CEO John Kodera revealed to the Wall Street Journal that the PS5 would not be releasing until at least 2021. However, some industry experts think that the release date quoted in that interview was by no means decisive and could be changed to 2020 or even 2019. In any case, there is at least a 1-2 year wait until the PS5 comes out.

let me know in the comments what you think about all the rumors regarding specs and release.