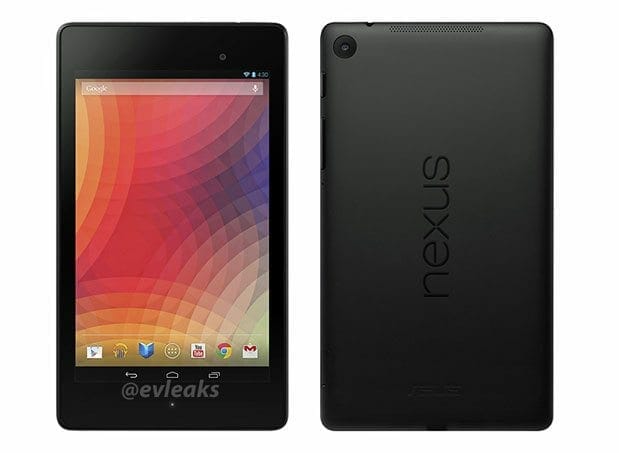 A lot of rumors were circulating regarding the release and the specifications of the Google upcoming upgraded Nexus 7. Google is likely to unveil its new product on the coming Wednesday in its Google Wednesday Event.

However, just before the Google unveils the device, we get you updated by the specifications and the release date for the ‘Refreshed’ Nexus 7. The sources have confirmed that the Google is going to release the new smartphone on 30th of this month. So for all the Nexus lovers, the news is really worth listening.

The specs confirms that the new Nexus 7 Tablet will be powered with 1.5 GHz quad core processor along with 7 inch HD Display. The tablet is loaded with the latest Android version i.e. 4.1.  The tablet will come with two camera i.e. front one 1.2MP camera while the rear one is 5MP allowing you to snap with liberty and quality. The new Nexus also allows you to charge your phone wirelessly. Is not it a very interesting feature? Sure, it is. The tablet contains a Slim Port to connect your device to TV. The port enables you to send 1080p video output to TV.

We will come with an enhanced review of the device as soon as it hit the market so…. Just WAIT for the device to release.