The Messaging feature of iOS devices restricts users to send a large video. An user can only send a video of about 3 and a half minute via message on iOS device. There is no such reason beyond this limitation but it may be due to limited data allotment. Means, that sending large video file will minimize the available data allotment so the device adds a restriction in order to help the users to avoid running short of data allotments. 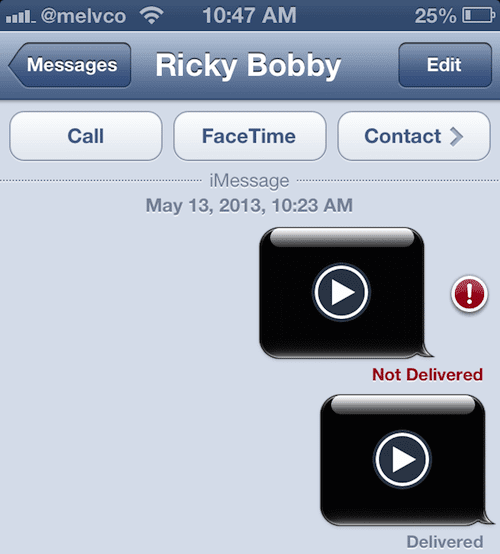 However a large number of users are there who have unlimited data plans and can send unlimited video files of unlimited size. But a problem for them is that this restriction restricts them too. So the question arises how to bypass this video size limit for such users? Fortunately, two jailbreak tweaks i.e. Carrier Unlimited Media Send and iMessage Unlimited Media Send do the job.

Both the tweaks have the same purpose. The first one is for sending videos via Message while the latter one is for iMessages. The tweak once installed avoid video size limit hence allowing you to send videos of unlimited size through your iOS device. The tweak has no settings or configuration area. It starts functioning as it is installed and leaves it function as it is unistalled.

The only problem of the tweak is for limited data plan users. For such users, I advise not to use this tweak as it decreases your data limit quickly. The tweak is available for FREE on Cydia store and ModMyi repo.

“Back to School Promotion 2013” Launched by Apple for iPad, iPhone, Mac users

“Back to School Promotion 2013” Launched by Apple for iPad, iPhone, Mac users