Dota 2 The International Battlepass 2019 Is Here!

The most anticipated Dota 2 The International battlepass 2019 is finally here. Like previous battlepass releases this year’s pass is packed with exciting new stuff!

Dota 2 The International 2019 is one of the most anticipated esports events of the year that not only Dota 2 fans but all of the gamers look forward to due to many amazing things which makes it exciting. One of the things is the battlepass and like previous battlepasses released each year, this year’s pass is packed with many exciting features. Without any further ado here are the complete details of Dota 2 The International Battlepass 2019.

Firstly and foremostly, let’s talk about the price of this battlepass. Unlike previous battlepasses, users can purchase from 3 different versions of battlepass.

Like mentioned earlier, there are three different versions from which you can choose.

Level 1 (Standard): Starts from 9.99 USD like previous battlepasses. The user will be able to use all of the features exclusive for BP users and will start from level 1.

Level 50: As it suggests the players will have a head start for 29.35 USD and can claim rewards up to level 50.

Level 100: Costs 44.99 USD and is the most cost-efficient. Makes the player eligible for claiming rewards up to level 100.

You can also purchase levels for your battle pass meaning you will not have to do the grinding and you will claim them without any efforts besides paying for them that is.

Here’s a complete list of the new features added in this year’s BP: 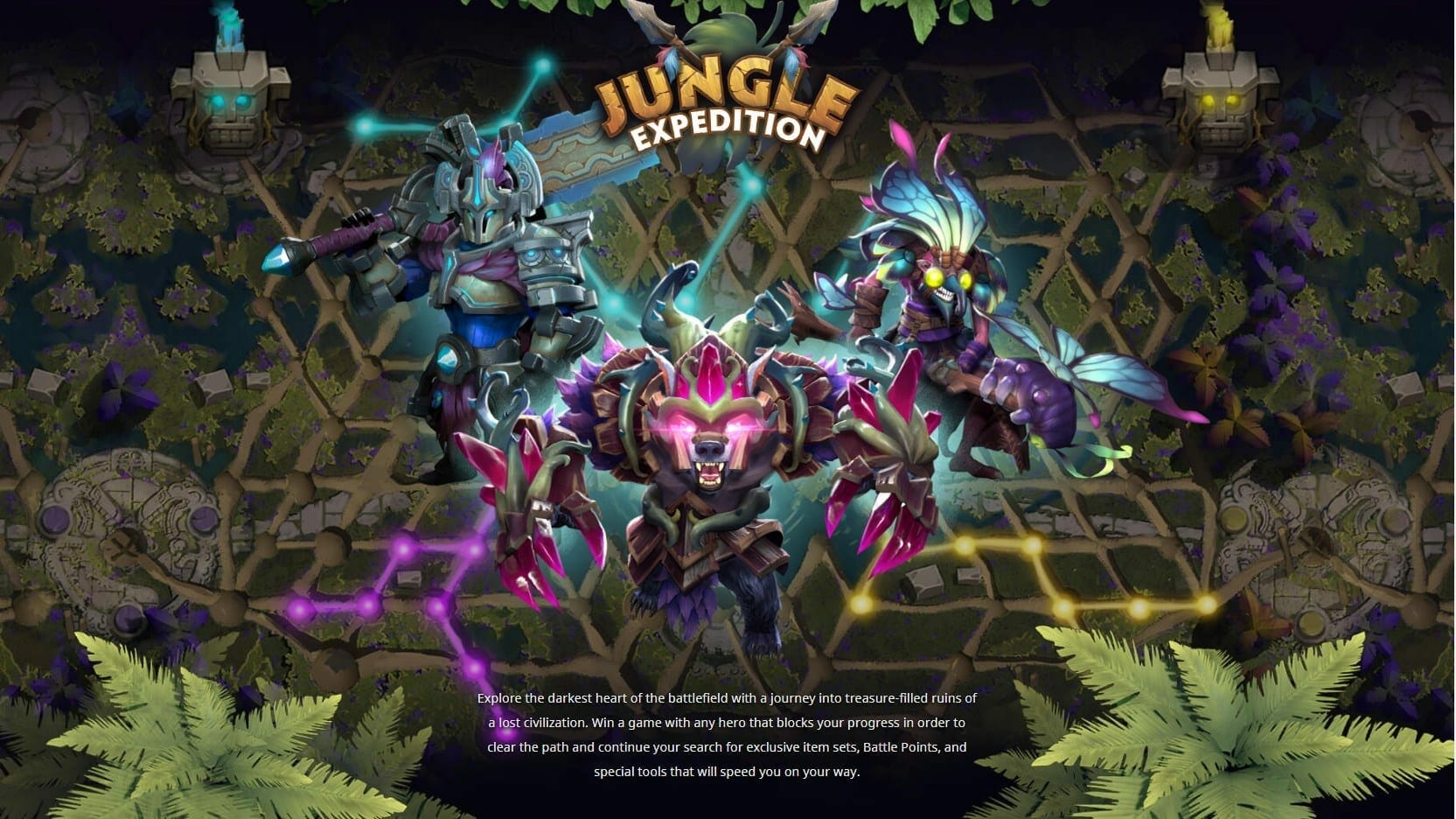 Think this as the quests of battlepass that you need to complete in order to get points for level up. When you will complete a complete path you will be able to receive the sets which will not be marketable for at least a year. There are three paths: For strength, intelligence and agility heroes where you will have to complete the respective quest/task. This time we have a set for Ursa, Dazzle and Wraith King.

This year’s special event. More details will be revealed soon.

Out of the most exciting features, this one caught my eye the most. After reaching certain level players will claim these towers which will always remain in their inventories as these are not tradeable and marketable. The looks something like this. 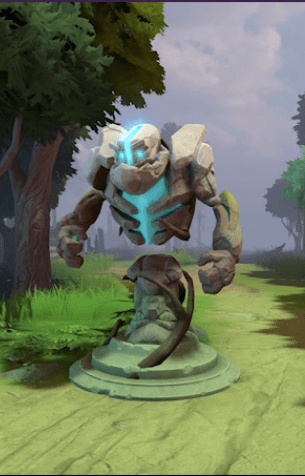 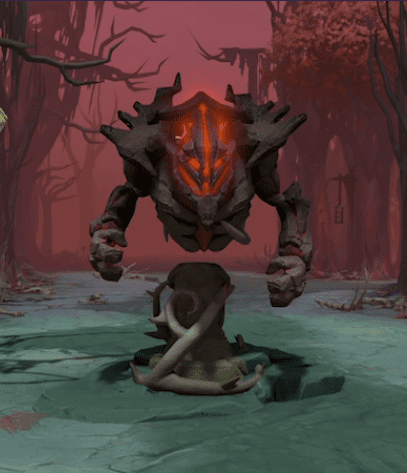 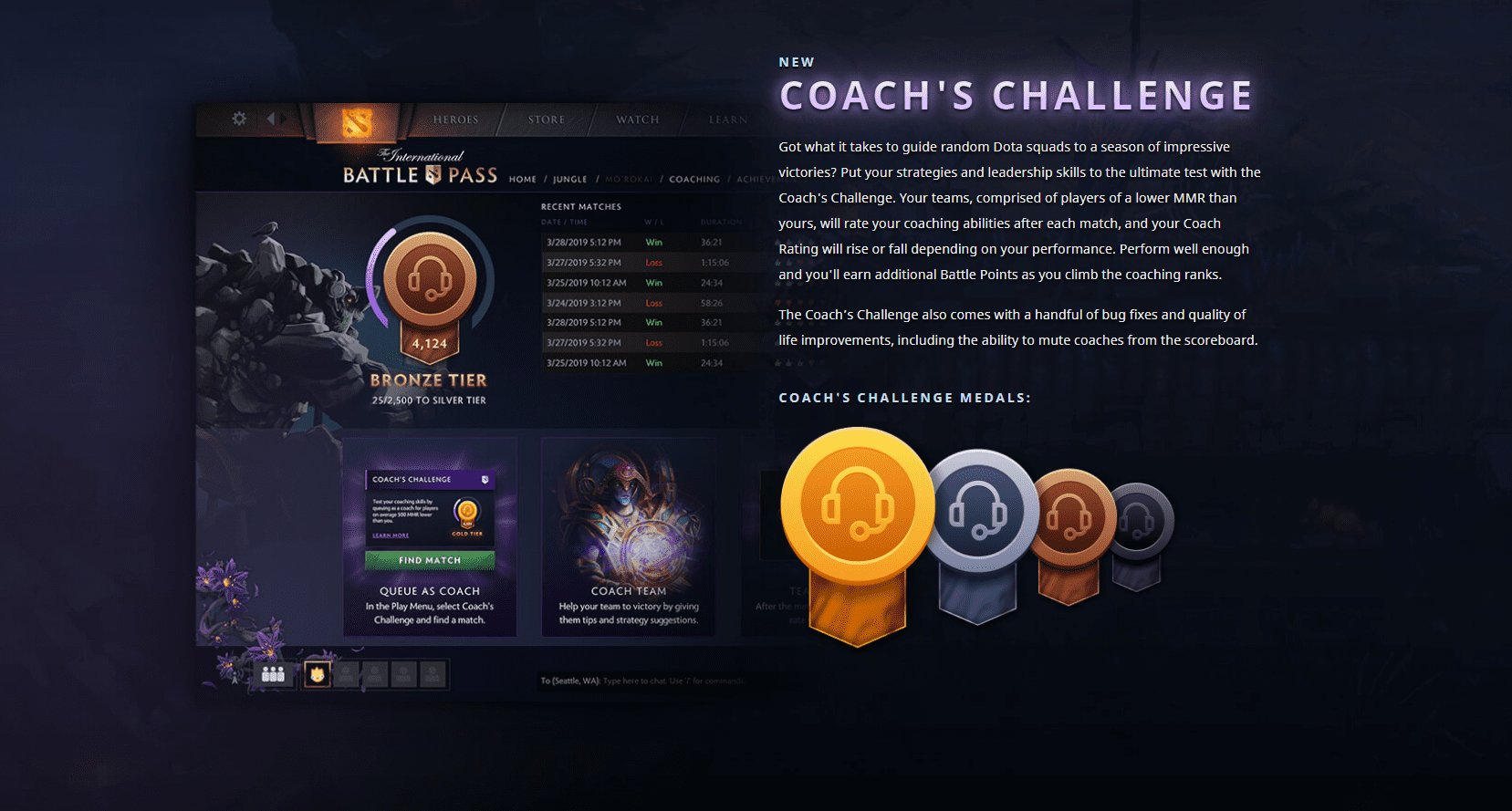 Here’s what the text reads:

Got what it takes to guide random Dota squads to a season of impressive victories? Put your strategies and leadership skills to the ultimate test with the Coach’s Challenge. Your teams, comprised of players of a lower MMR than yours, will rate your coaching abilities after each match, and your Coach Rating will rise or fall depending on your performance. Perform well enough and you’ll earn additional Battle Points as you climb the coaching ranks.
The Coach’s Challenge also comes with a handful of bug fixes and quality of life improvements, including the ability to mute coaches from the scoreboard.

Party Finder helps you create a pool of teammates without worrying about expanding your Steam Friends list. Just add teammates you like playing with after a match to include them in your pool. Then when you want to play, toggle the Party Finder option to invite everyone in your pool to join. You can also add existing Steam Friends to your pool so you can send an invite to everyone you like at once with a single click.

You can call it the most asked feature by Dota 2 community from Valve. This feature will allow you to get matched together or against in a new match if you avoid them.

This feature allows players after a match to vote for the match MVP like fans can vote for MVP after the match during TI. Players who will win enough MVP awards will unlock Achievements that snag special infusions of Battle Points

I’ve wondered ever since I’ve played Dota 2 when you will be able to have new banners or any banner of your choice. Now the players can have them. Players can plant an Avatar Banner of their hero’s image for everyone to see. Raising the Battle Level to upgrade will allow upgrading the banner’s style to your steam avatar.

As you might have guessed, you can celebrate a successful gank, or victory or anything by giving a high five to your ally. Just throw your hand or handy appendage into the air at any time. If you see a teammate or an enemy waiting with hand raised, raise your own to reciprocate…or just leave them hanging. To upgrade effects the players will have to raise their battlepass level.

Yes, Valve has updated the versus screen that looks something like this,

Rest of the features are old and you can check them out from the official website. 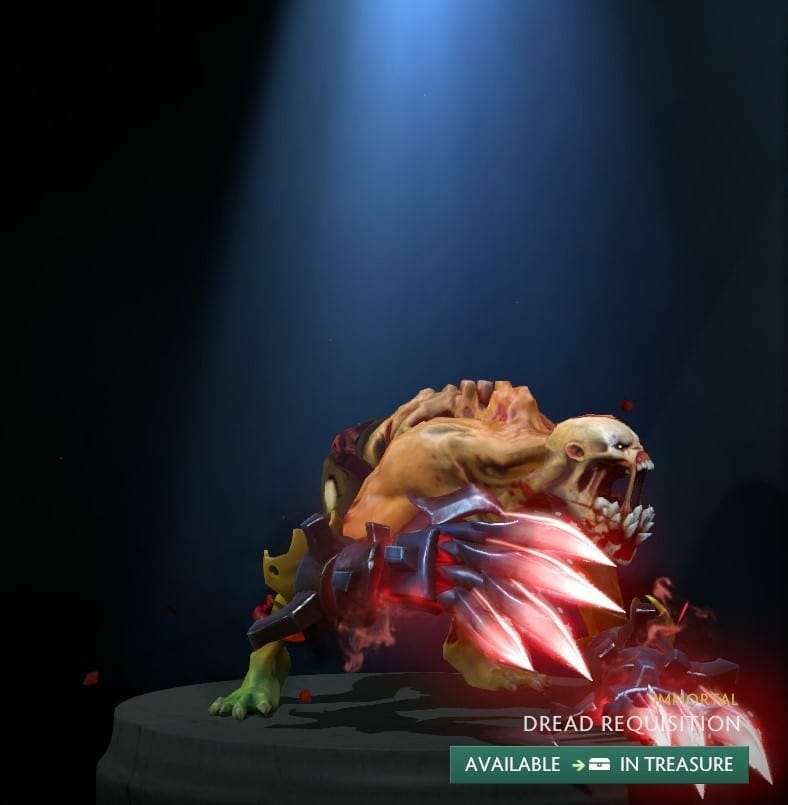 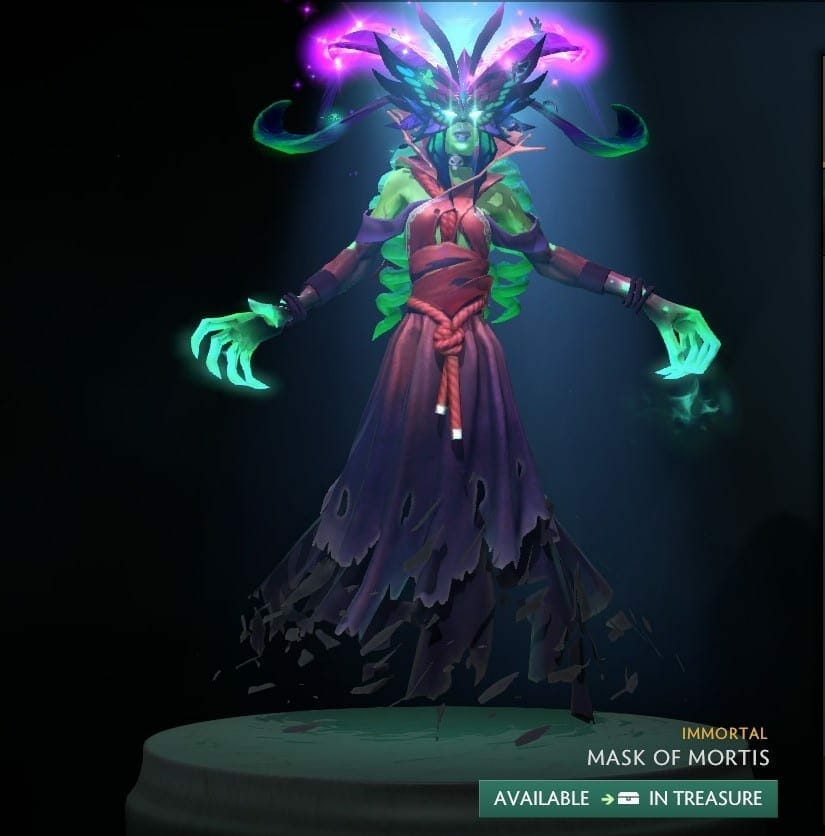 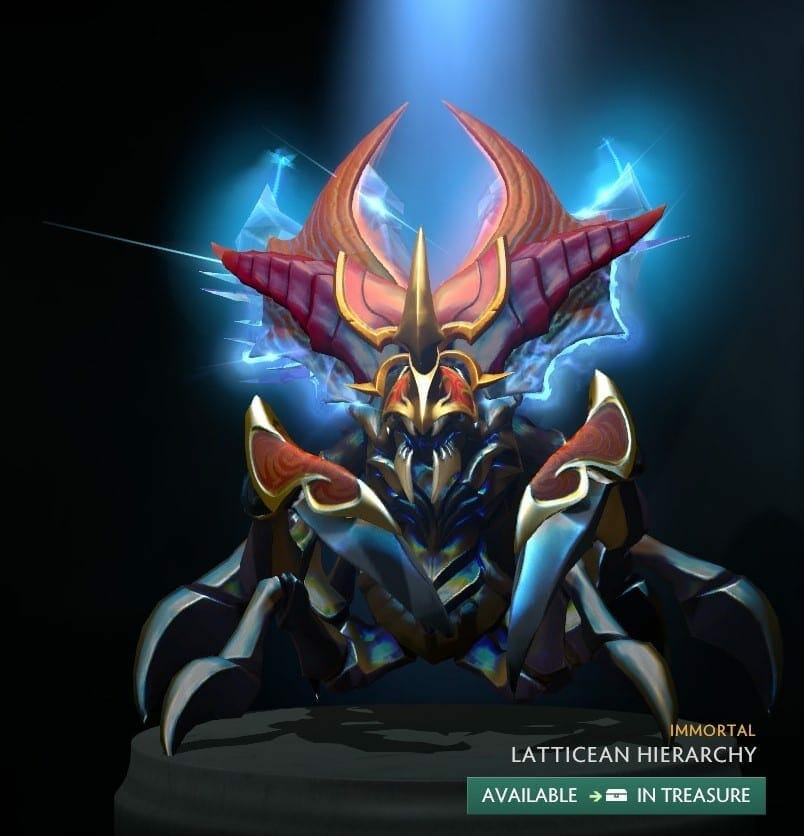 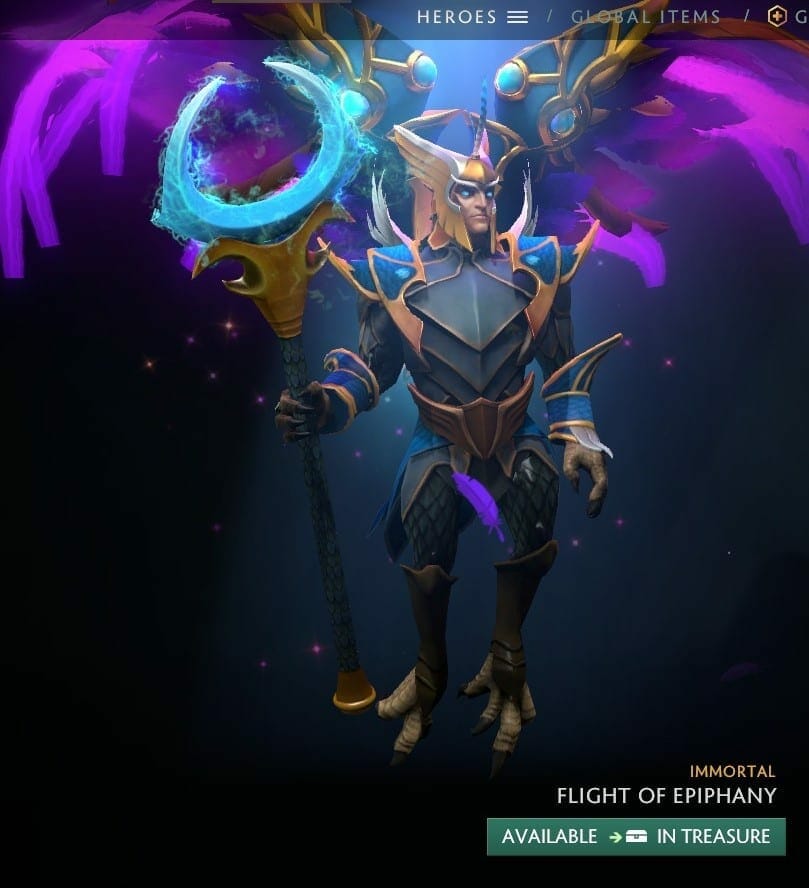 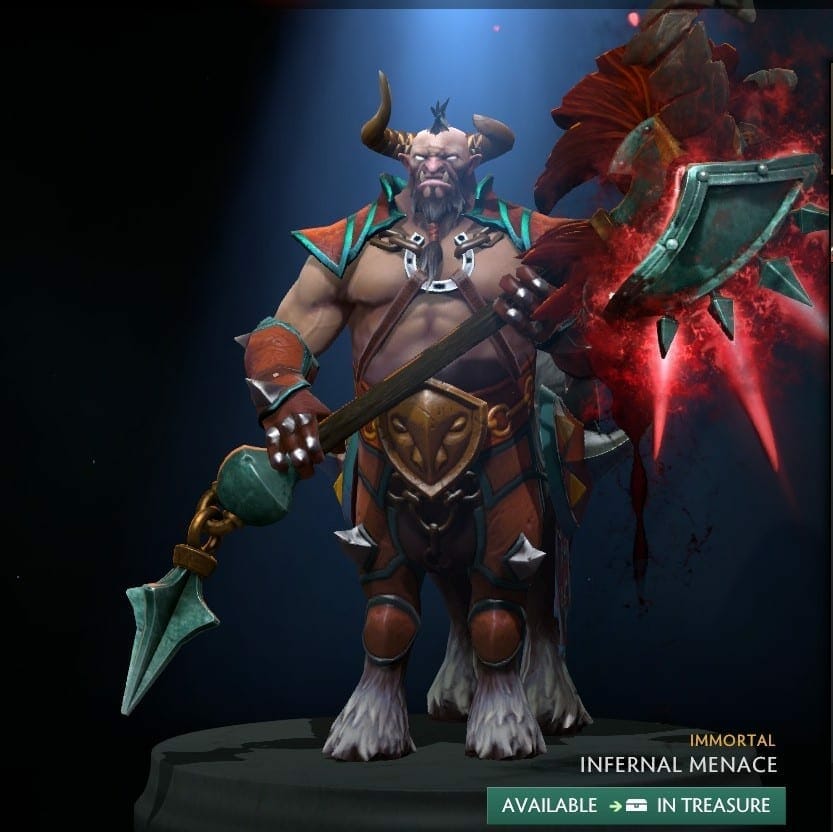 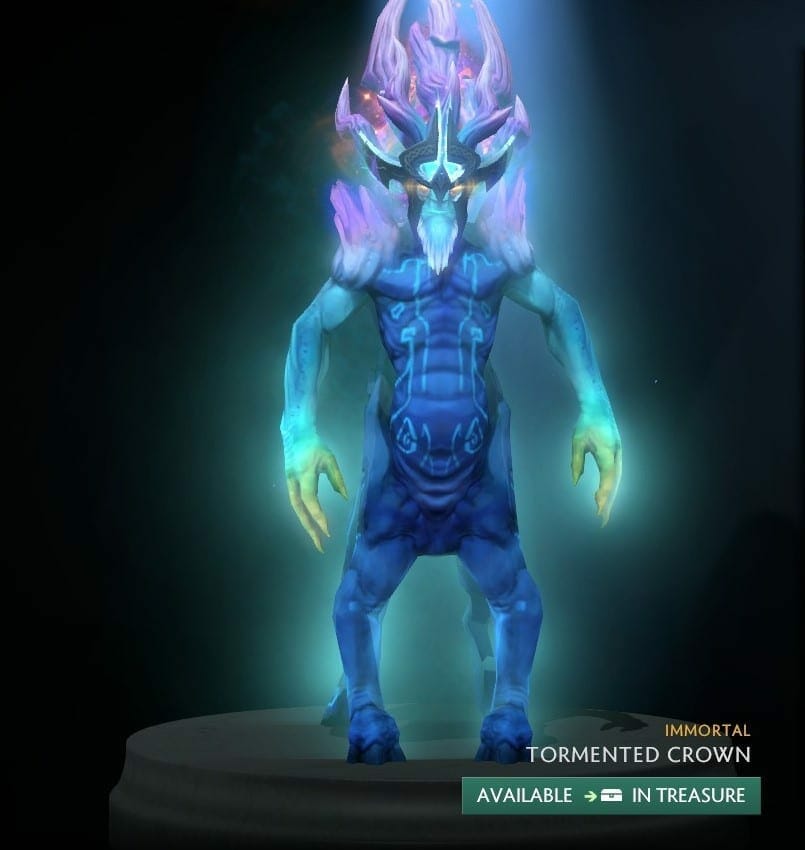 Judgement of the Fallen – Earthshaker 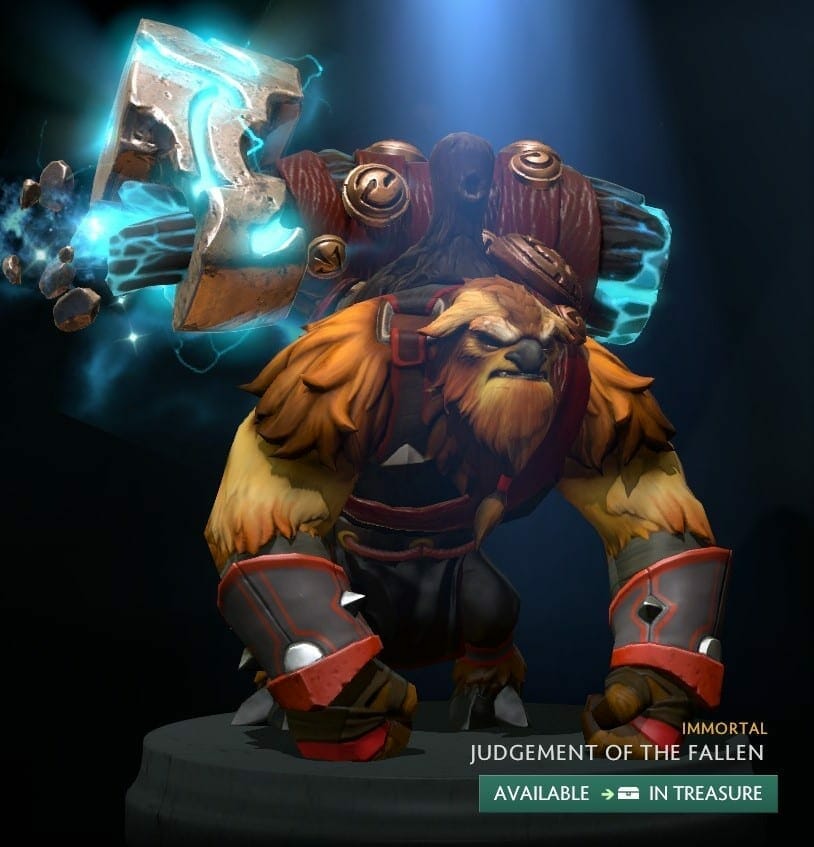 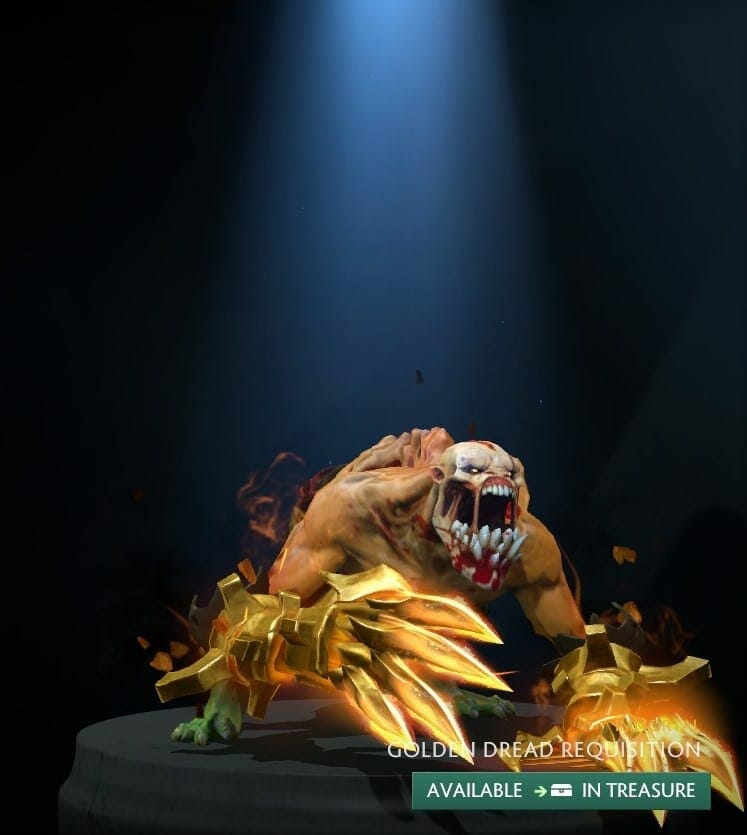 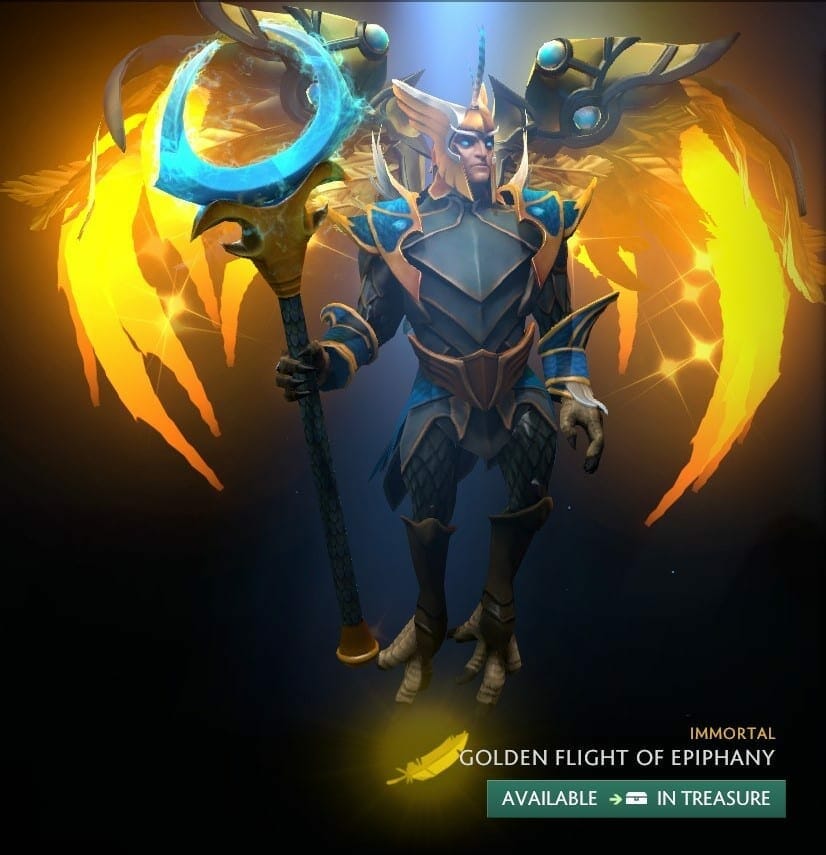 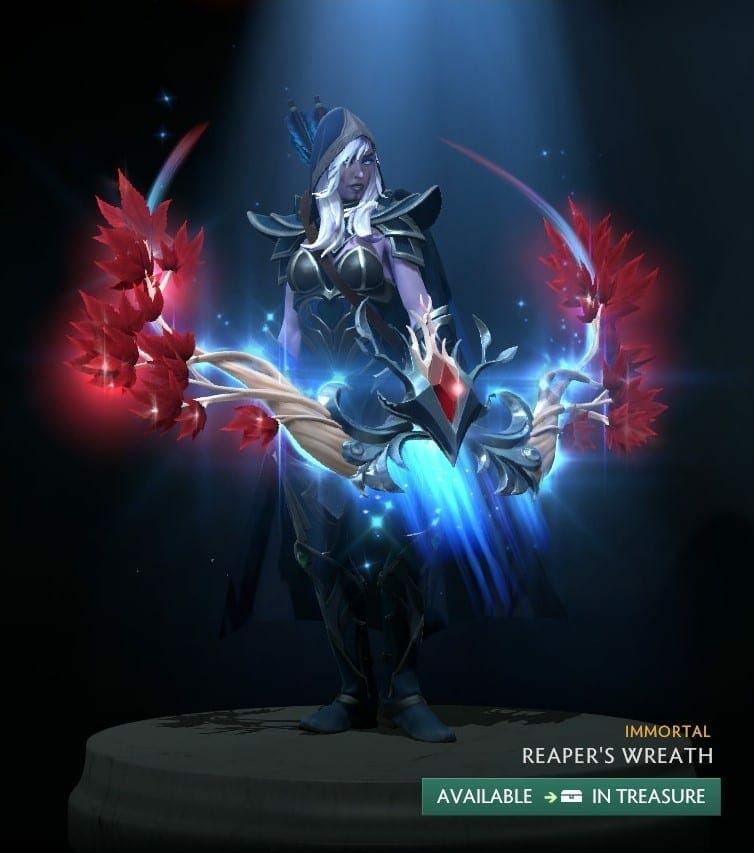 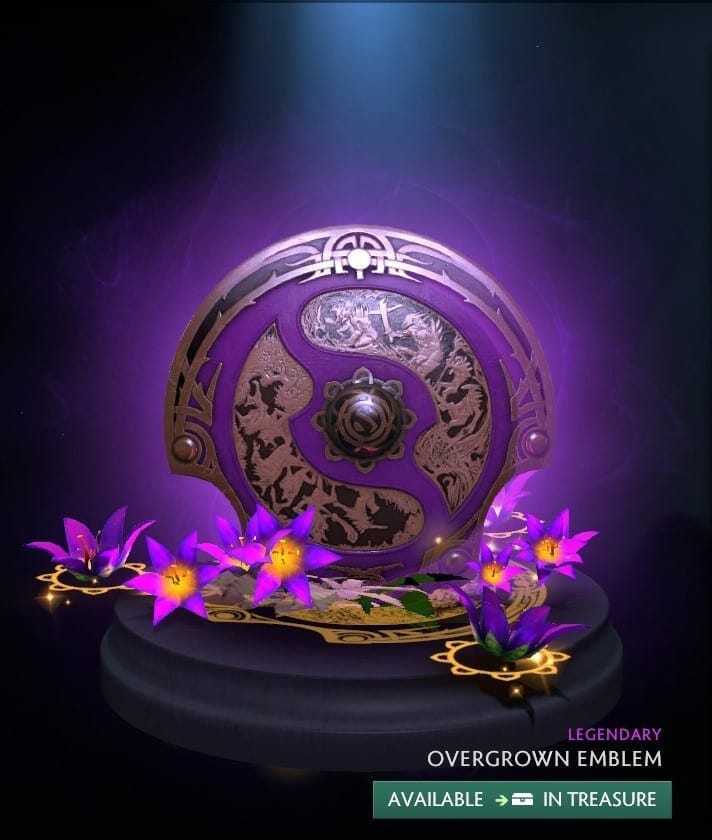 For more you can visit the official blog post of Dota 2 The International battlepass 2019. I think this year’s battlepass is better than the previous 3 battlepasses. Will you be getting it or are you going to skip this year? Let us know down in the comments section.

How To Fix Mordhau Crash At Startup Issue on PC

How To Fix Mordhau Crash At Startup Issue on PC