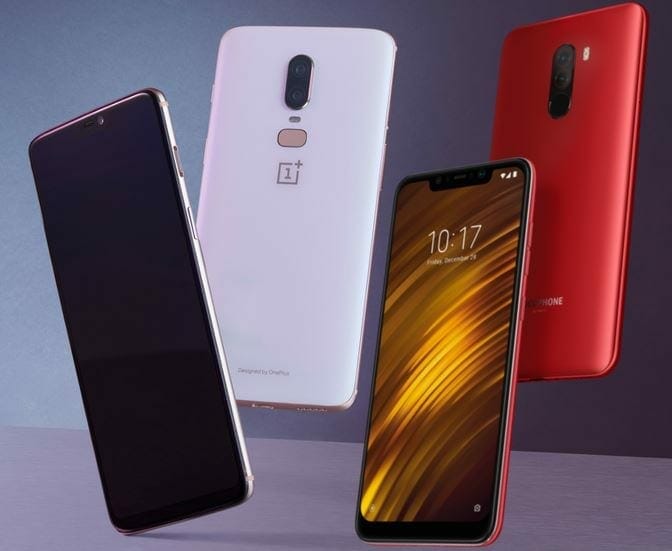 With 2018 coming to a close, we now look at pivotal moments in the year that introduced us to some of the best budget phones of the year. While flagship phone prices continue to soar, there are still phones out there that can give you flagship level of performance under the hood and at a price which will amaze you.

You might have to make a few choice cutbacks for certain features, but in the end, it’s all well worth it for the value you’re getting in the long run. Without further delay, here are our top picks for the best budget phones of 2018 – under the $500 (USD) price range.

Here is the list for you to help to select the best smartphone for your needs. From Pocophone F1 to Nova 3i these devices are ranked on the basis of looks, build quality, price and what they offer.

Note: Also, we would like to hear your feedback on this to improve our content quality. Please let us in the comments below. 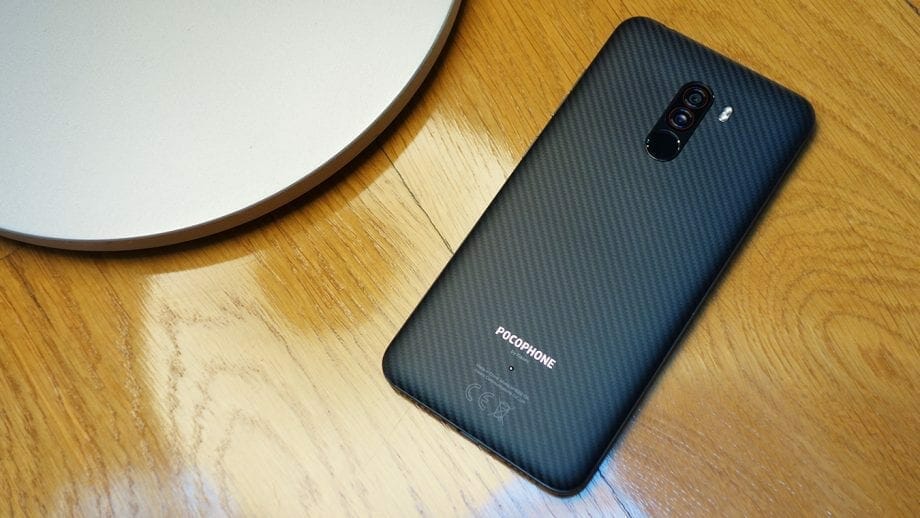 The Pocophone shook the smartphone world by its foundation. The only other phone to offer Snapdragon 845 at a pocket-friendly price was the OnePlus 6 that would cost $200 more. A few more dollars gets you the 128 GB ROM and 6 GB RAM, that is the one which makes you feel like you’re holding a beast in your hands in terms of storage.

What you are truly compromising here on is the LCD. The display does an okay job at best of being eligible in outdoors, it is nothing spectacular but you can still read your notifications easily in sunlight. The black levels might bother you at the time of watching YouTube videos or trying to hide the Notch.

In addition, if you frequently use Google Pay or any other NFC enabled apps, you will have to sacrifice those too. The MIUI also doesn’t do the phone any favors, many people have stated that putting stock Andriod on the phone could have made OnePlus tremble but the MIUI is really what holds back this behemoth of a device.

What you are getting here is a phone that has insane hardware specs, a giant screen, you will soon be able to record slow-mo at 960 FPS and take low-light photos ala Google Night Sight features again only found in flagship phones. To top it all off, the phone is already on Android Pie. All of this makes a phone that will easily last you for 2 years before you feel the need to upgrade. 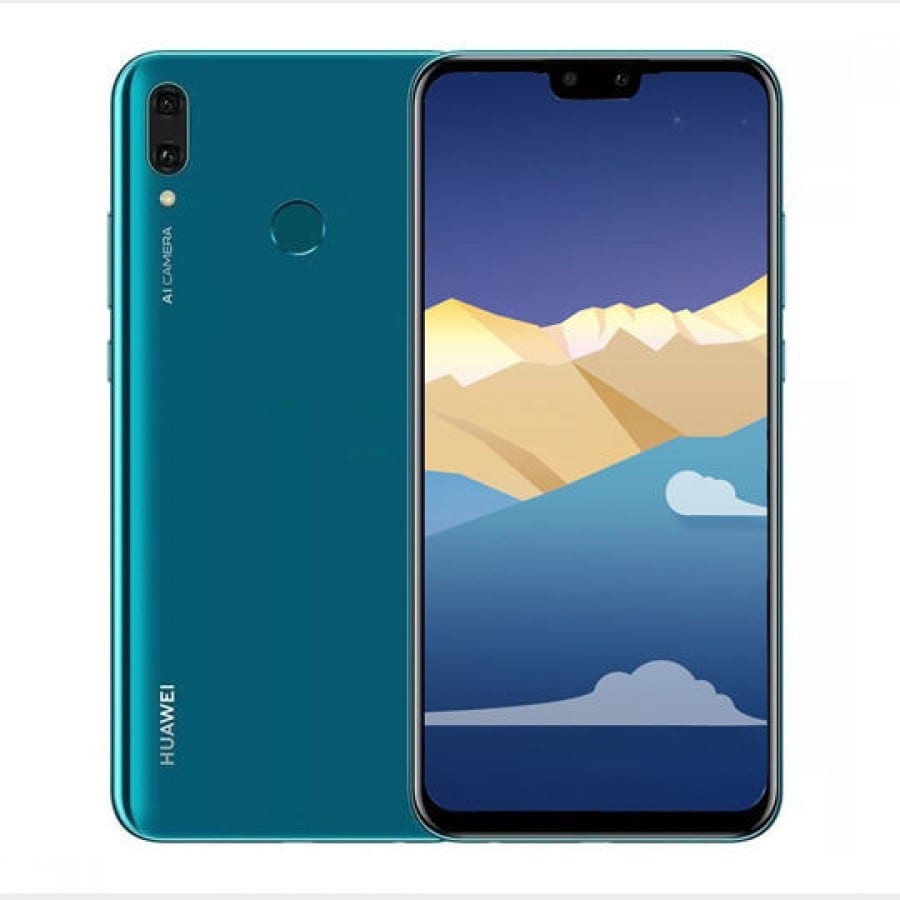 With the offering of a mid-tier SoC, the phone feels a little held back in terms of the other options in this list. Where we have mid-range phones running flagship processors, the Y9 is only here because it is a more affordable option, has a bigger screen and while the cameras are definitely greater in terms of Megapixels, they don’t hold up very well.

Micro-USB is your biggest enemy here once again as you will have to wait more than an hour for your phone to charge as opposed to other phones in this list which offers fast charging options. The EMUI also has some minor hitches and performance hits due to the RAM and processor, especially with heavy multi-tasking. 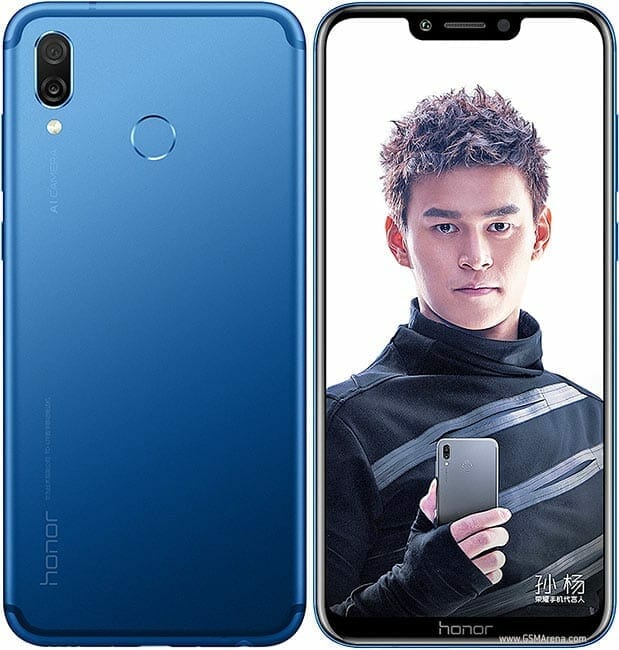 Where the phone falls short is the cameras which surprisingly are nothing to write home about. You have your standard run of the mill cameras that just deliver passable results. You can download and install GCam for the phone to remedy this but there are a lot of extra steps to achieving this.

The phone is aptly named the Honor Play due to being targeted towards gamers. Albeit the proprietary features in this phone are in most current Huawei phones like GPU Boost and GPU Turbo, the phone offers a nice body and looks to match the gamer aesthetic.

Another gripe is the EMUI. Chinese OEM’s and their OS’s feel very restrictive. EMUI could come in the way of you enjoying your device, especially if you are on the 4GB variant.

Once again you’re getting a superb phone that checks all the boxes. You have a flagship processor, big battery, NFC and with the recent rollout of Android 9.0 (Pie) the phone is an all-rounder for those who want premium features at a superb price. 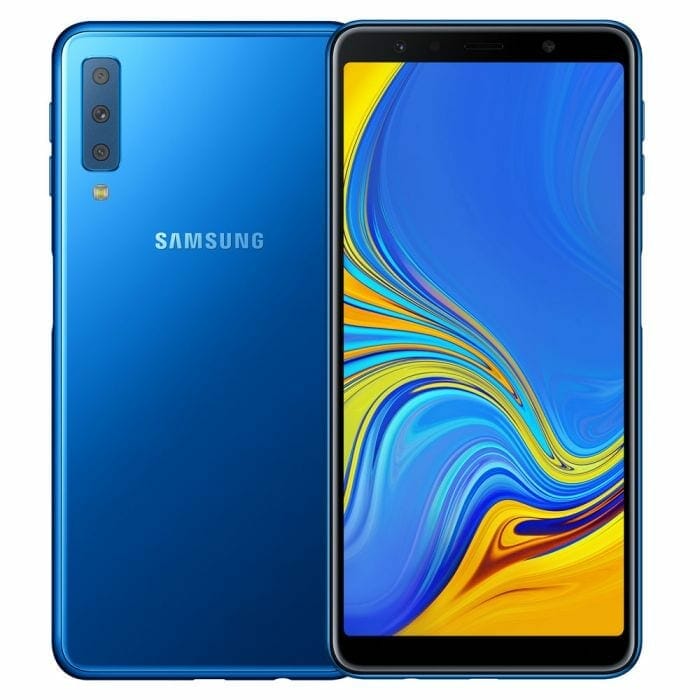 The main reason we included this phone is strictly due to the cameras and the display. If you are in the market for the best camera value in the market, the tri-camera setup in the Samsung A7 is definitely up your alley. The ultra wide-angle camera is what truly makes this phone stand out among the competition. The Super AMOLED delivers the best quality display hands down with pure levels of blacks, Always on Display and more features.

What you are comprising on is a mid-tier Samsung SoC, a weaker battery and a Micro-USB port in 2018? If this phone had a USB-C Port, it would have been truly turned some heads. Micro-USB is what bottlenecks the device as it inhibits its ability to get a fast-charging alternative. So you’re stuck with waiting almost 2 hours for the battery to reach 80-90% charge. 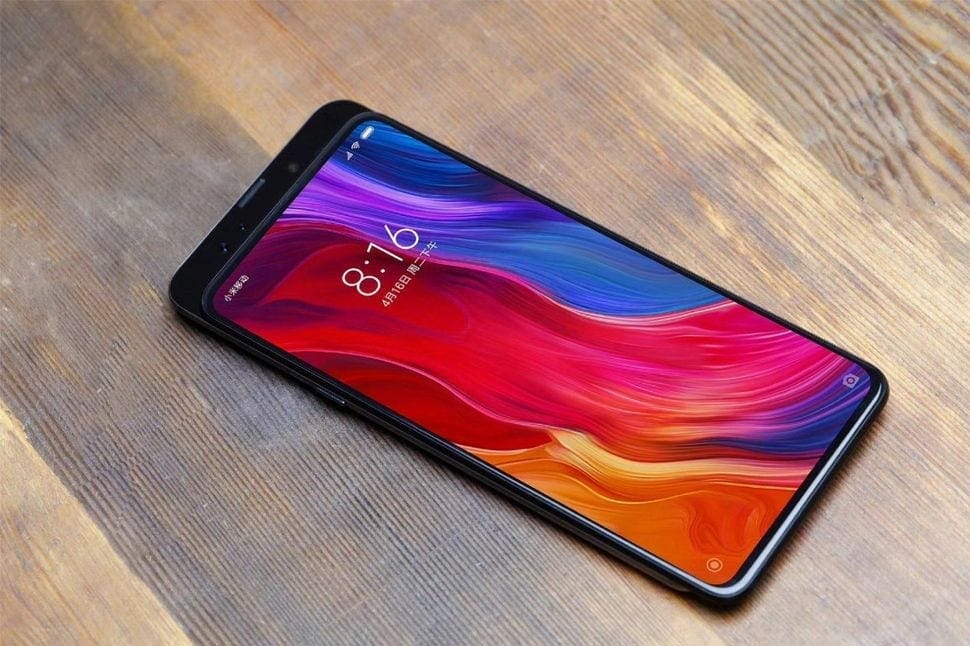 The Mi Mix 3 is a phone that comes VERY close to the OnePlus 6T, if not surpasses it. Where the OnePlus 6T has a water drop notch at the top, this phone hides its bezels and chin giving you the maximum amount of body-to-screen ratio.

With the pop-up sliding mechanism, you unlock a 24 MP front camera with 2 MP depth sensor and that is definitely going to turn a few heads your way if the display doesn’t do it for you. The phone is a powerhouse with a 6 GB / 8 GB variant at the base and the phone even goes up to 10 GB which is also a variant of the OnePlus 6T McLaren Edition.

The battery might be meager 3200 mAh but paired with Quick-Charge 4.0+ which is also backward compatible with 3.0, you can easily find power banks for this phone in spades at great prices on any electronics site on the internet.

This phone EASILY competes neck and neck with the OnePlus 6T on all grounds, but the phone falls short because of MIUI which we have talked about previously for being very restrictive and intrusive to customization as opposed to stock android and other OS options. 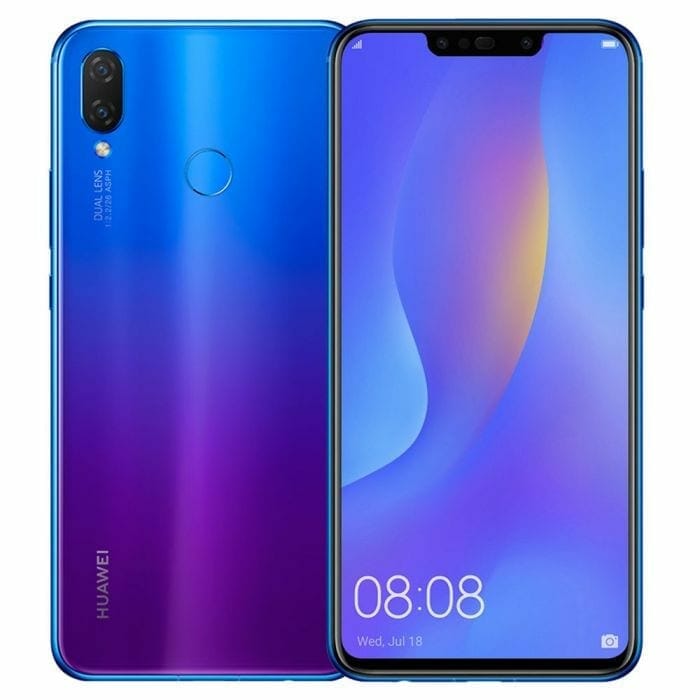 You are getting a better camera phone here, but just like the Y9 and A7 you are once again being crippled because of Micro-USB 2.0 in a time when USB-C is becoming the norm in the smartphone world. The Nova 3i has a vastly superior display and camera in comparison to the Y9 (2019), so if you are in the market for a phone with a superb camera and are willing to compromise on charging options, the phone is right up your alley.

The AI Photography options truly make the phone a contender if you are an avid smartphone photographer. It definitely has the best AI Camera of the phones in the list. Other than that, you are looking at a mid-range phone with modest specifications but there are strings attached.

OnePlus 6T – The All Rounder 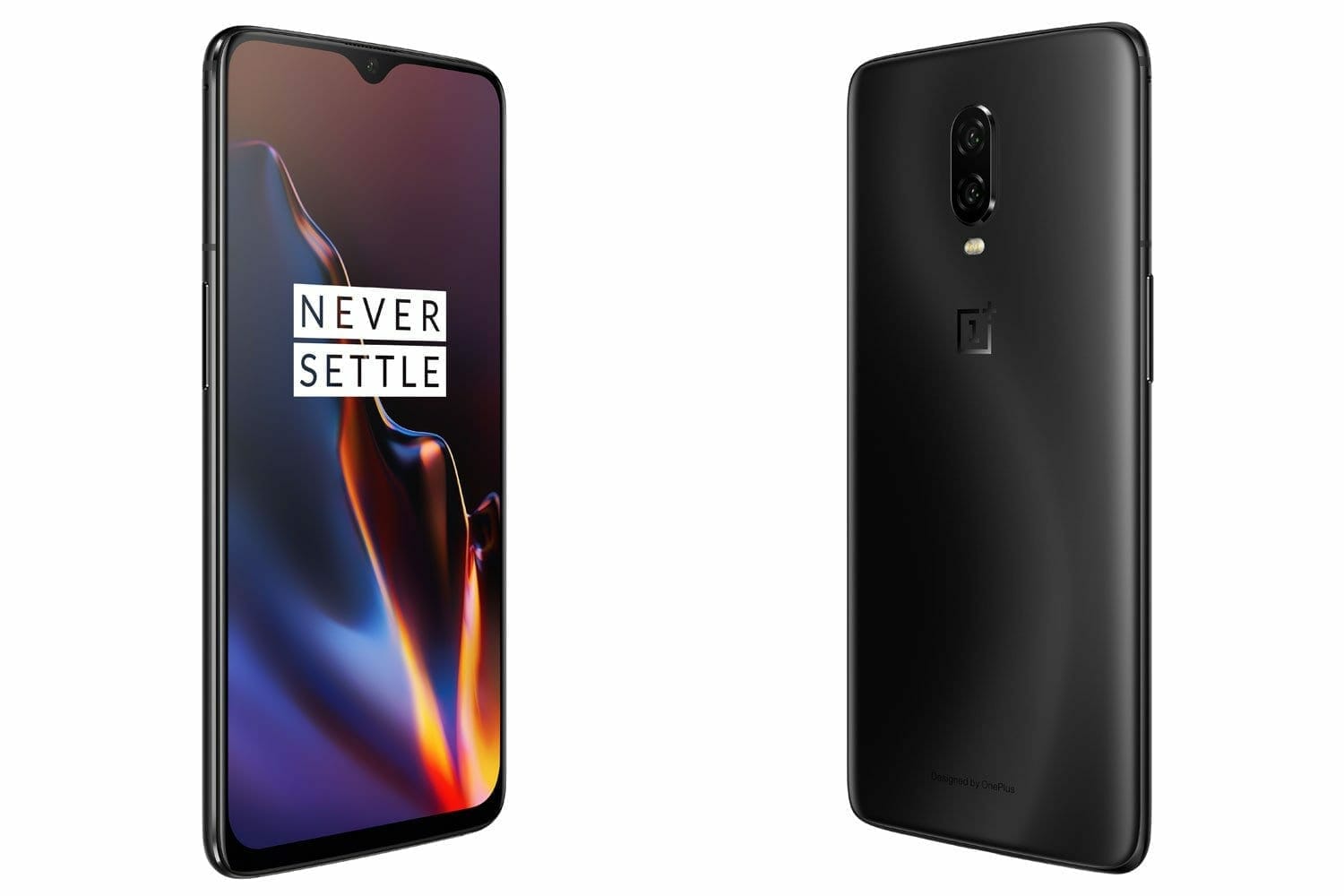 Now, before you tell me in the comments section that the cut-off price for this post was $500, for $50 more the OnePlus 6T is the DREAM budget phone. There is literally only 1 major drawback of the phone which makes it a weak contender(Dash charge), otherwise you are getting a phone that looks absolutely stunning, has some superb cameras all around, and offers software support for days.

The biggest selling point here is having a phone with an on-screen fingerprint sensor, which is definitely the phones biggest attention grabber.

OnePlus 3T is still getting updates and is speculated to get Android Pie by 2019, so the OnePlus 6T offers you superb software support for a long time to come!

Despite my lack of love for the MIUI / EMUI, the Hydrogen OS is the next best thing to stock Android that you will get. It is fully customizable, offers smooth and elegant effects and animations, and is just a delight for the eyes overall.

If you can scrounge up an extra $50 for the OnePlus 6T, you are definitely in for the treat of your life with the phone.

As someone who carries a Quick-Charge 3.0 power bank with them, I am hard pressed to find Dash Charging appealing. I don’t like the idea of carrying the power brick of the phone everywhere not to mention finding replacements for the charger or compatible power banks is a whole different on its own.

If $50 is a big deal for you, the Mi Mix 3 is the next best option for you. At $25 less, it gives you all the features of the OnePlus 6T and a superb premium look on top of it. 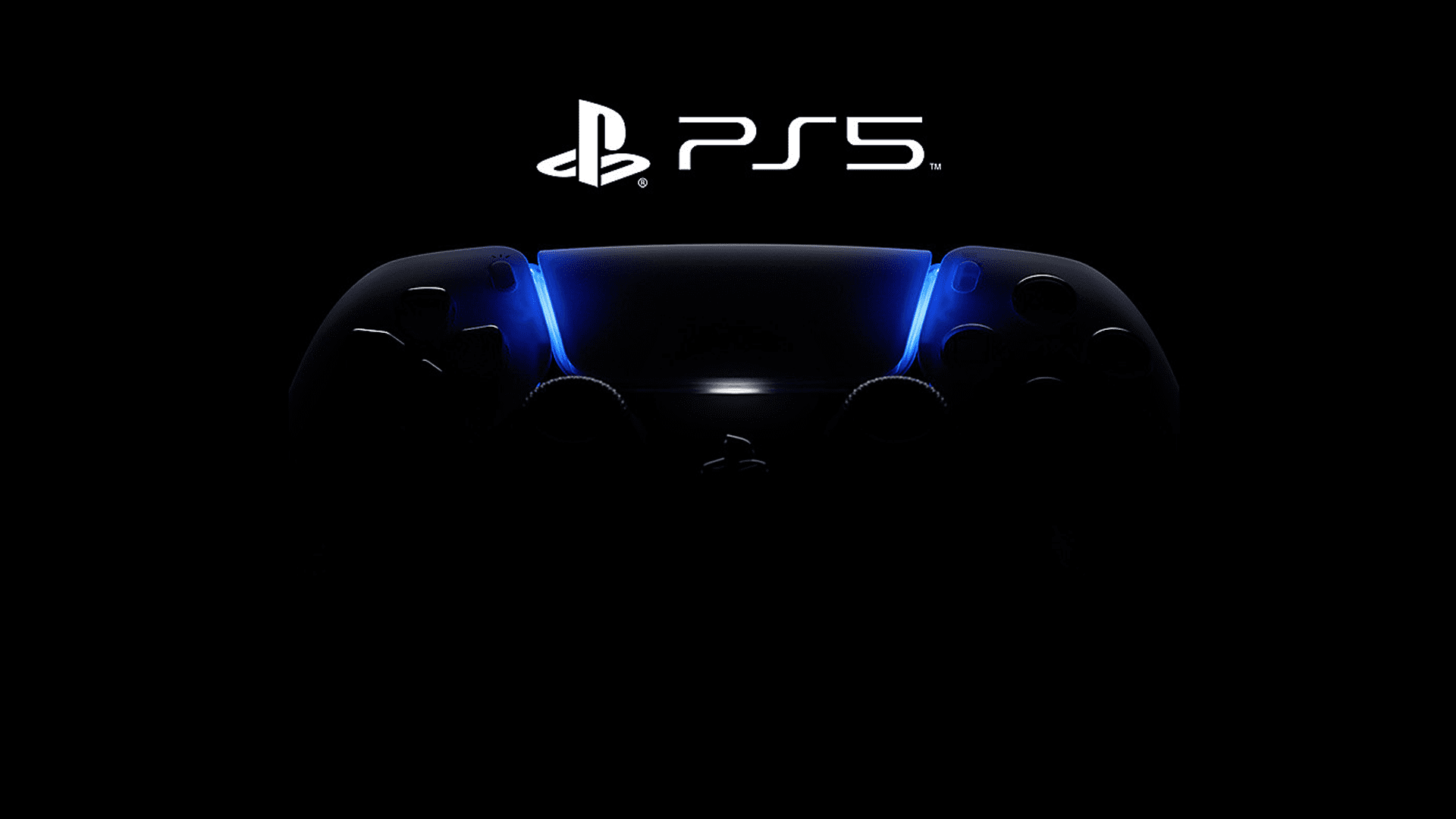