As Computex 2018 has just finished and AMD provided us with many great products. Everyone got almost everything that was expected from the event. Now that one week has past since the global conference from the AMD at computex, a news is wandering about. Nobody expected this. AMD went to media to talk about the Professional Graphic Section. We already know that AMD Radeon is a graphic card series, Radeon Pro is used for the development and content creation and AMD Radeon is used as a Deep Learning GPU for locking servers. After a long discussion with the media AMD gave out what was no expected. AMD talked about AMD Radeon Pro V340 that came out of nowhere.

A slide has been published by Benchlife. This slide was nowhere to be seen at the Computer 2018 7nm Vega announcement. So there is nothing that can be confirmed right now. We don’t have any kind of source or physical evidence that proofs that AMD is going to release AMD Radeon Pro V340 on 7nm chip.

As AMD Radeon Pro V340 belong to the pro series so it going to be used for development and content creation. This GPU allegedly feature 32 HMB2 memory. But there are some other possibilities as well. It could be a Dual Vega 10 with 16GB HBM2 memory, this could also be a GPU with 10 Vega HBM2 memory or this could also end up as a 7nm Vega 20 with 32GB HBM2 memory. This debate is going to get intense till we get some confirmation from AMD. So making any assumptions would be nothing more than a shot in the dark. 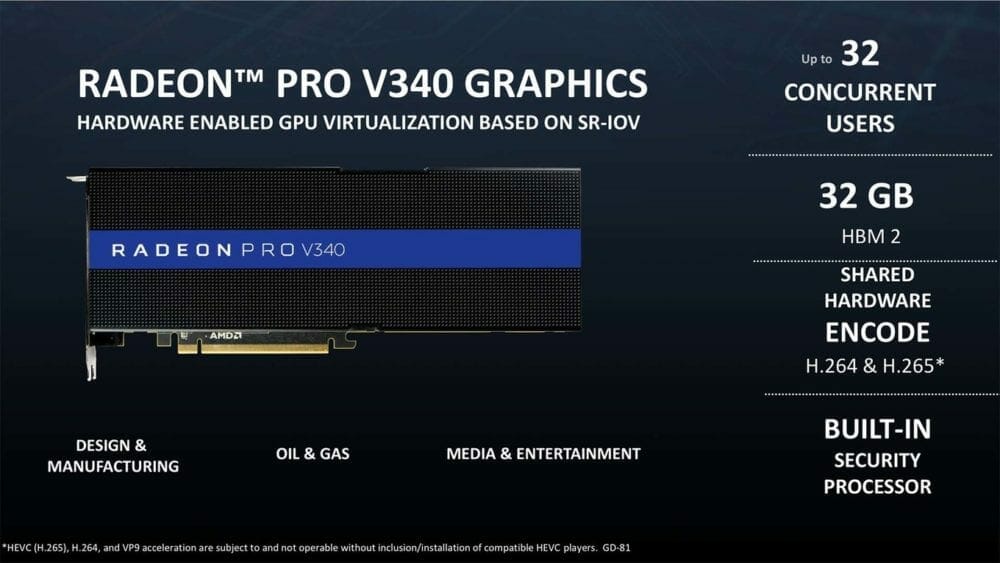 However it is mentioned in the slide that this GPU will support H.265, H.264, VP9 and built-in security processors. Slide does not mention the purpose of the device. The Radeon pro series however lacks display output so it definitely cannot be used as a graphics card for desktop PCs. 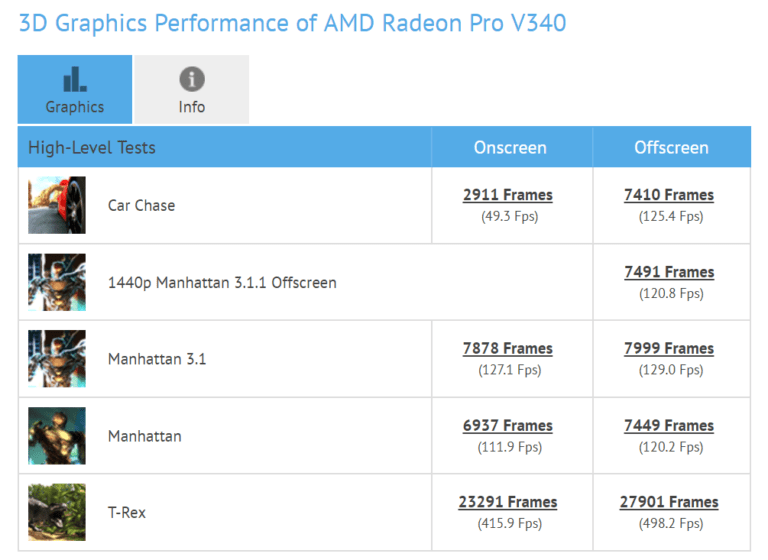 This is all what we have for now. Stay tuned for more news and rumors about the upcoming As AMD Radeon Pro V340.