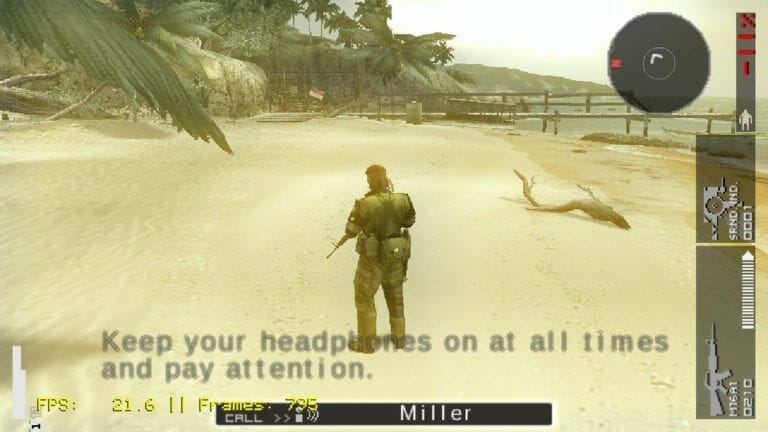 The Nintendo Switch is a powerhouse of a handheld device and it’s already become a very powerful emulation device. We’ve gone in detail over its homebrew capabilities in the past, including details about which consoles it can currently emulate. Now, a PSP Emulator for Nintendo Switch is already out, that can run games like MGS: Peace Walker.

The emulator was initially only available for the Patreon subscribers of the developer, but now it’s available publically for anyone to use. Initial tests have shown that the emulator is doing much better than what you’d expect on a completely new piece of hardware.

According to the developer, Metal Gear Solid: Peace Walker, which is one of the most critically acclaimed titles on the console, is running at reasonable FPS on the Nintendo Switch through the emulator. Check out the footage below from the emulator developer himself

MGS appears to run fullspeed (locks at 20 fps), Audio works but it's not recorded in the clip pic.twitter.com/URffFDcuoo

If you’re interested in reading the detail release notes, you can head over to this link. We don’t recommend tampering with your Nintendo Switch device, as it could result in issues, and this emulator requires a hacked device to work, so try it at your own risk. You can download the emulator from this link.

Emulation aside, this just goes on to show how powerful the console is, and how Nintendo can make use of this hardware to release previous titles without any issues. If you are willing to try out Homebrew, we recommend you do it on a console you don’t plan on taking online and one where you don’t plan on using your Nintendo ID on.

While Nintendo is very hush when it comes to bringing new features to their firmware, we can hope that they take a page from the Homebrew community and adapt at least some of these features into a future update.

What do you think about the PSP emulator for Nintendo Switch? Let us know in the comments below and share your thoughts.