Nokia, still trying to compete with other in the race of smartphone market, introduced their new product during their Abu Dhabi Nokia World Press event on Tuesday(22/10/2013). Everyone is jumping into the tablet game and Nokia decided to join the party and release one of their own. The newest tablet is the Nokia Lumia 2520. “Its one in all package,” product manager Paul Bischof told the Nokia Conversations website. It takes everything you’ve got in your desktop or laptop and crams all that into a device that’s only 8.9mm thick and weights a little over a pound.” 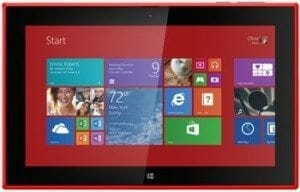 The Nokia Lumia 2520 will run on Windows 8.1 RT, making it only the second table to run on that operating system after Microsoft’s Surface 2. A 6.7 megapixel camera is included for Lumia 2520 with, which allows users to take pictures in any light including low light. One of the other major details revealed about the Lumia 2520 was that the 2.2GHz Quad Core Qualcomm Snapdragon 800 processor was used in the building of the tablet to make sure the new tablet would work at optimal performance without draining the entire battery life. In addition to the processor, the Lumia 2520 also comes with 2GB of RAM, 32 GB of internal storage with the opportunity to add up 32 GB more with a card slot on the tablet. Further more if talking about its dimensions  it is sleek  (267 x 168 x 8.9* mm) and weigh only 615 g.

First time users will also have access to SkyDrive cloud storage on the Microsoft network with the help of their tablets. Their introduced Nokia Camera App it would be available on this tab free of cost. In addition to the new Nokia Storyteller app that was designed to keep an accurate account of when and where pictures are taken. Using the HERE map app, it gives users the ability to zoom in and says exactly where the photo was taken in the world. Nokia introduced the Nokia Power Keyboard, the case  which is similar to the Surface Touch Cover, also provides protection to the tablet in addition to being a keyboard. Also similar to the Surface Cover Touch Cover, the keyboard contains a battery that adds up to five hours to the life of the tablet and features two USB ports. 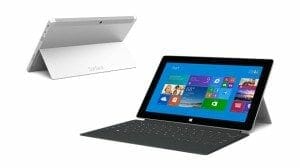 Talking about the price of this tablet yeah it would be much much lesser than the Surface Pro 2, its almost $4oo cheaper than it, according to the source it would be kicking off at a price of $499.  Nothing was discuss about its release but we expect Nokia to show off their new products in the 1st quarter of 2014.

Devil May Cry 5 Review – The Most SSStylish Entry Yet

Xnspy is The Best SMS Spying App of 2017