What Are Dota 2 Player Cards? A Noob Guide For Clueless Players

If you are a Dota 2 player who like to buy skins and spend money on the game. Then you definitely must have purchased The International Compendium, which releases every year. The Internation is the most exciting period of the year for the game as well as for fans. If you are a person who does not care about your Battle pass level, or you are satisfied with your Battle pass level then you might want to stop right here and close the browser tab. I’m just kidding, you can read this if you like. I will write about the details of the Dota 2 Player Cards which are a part of The International 2018 Compendium. Bear with me with the long article.

Now let me tell you in detail what these points are and how can you gain maximum points out of the player cards. If you have not opened a single pack first open these. You can open the player cards in the Compendium tab of Battle pass. Click the Battle pass tab on the main screen of Dota 2. 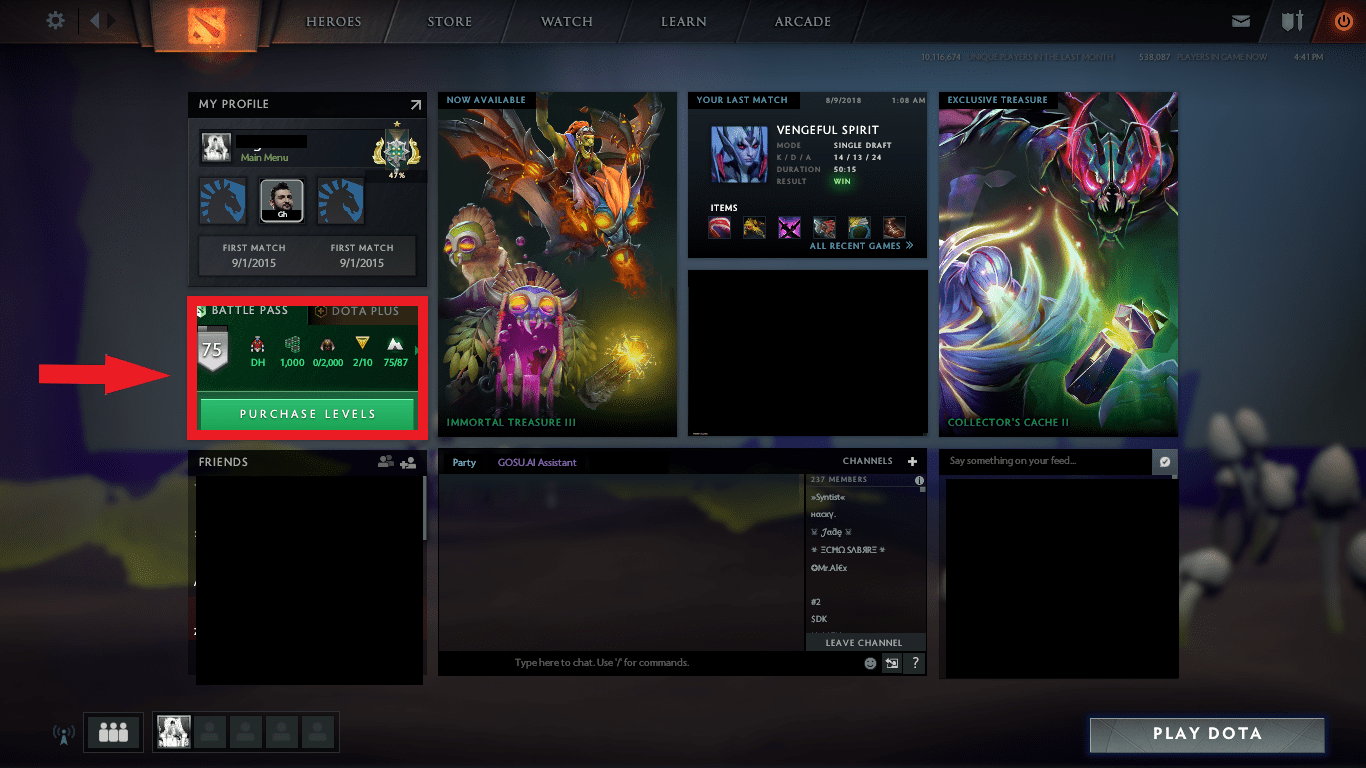 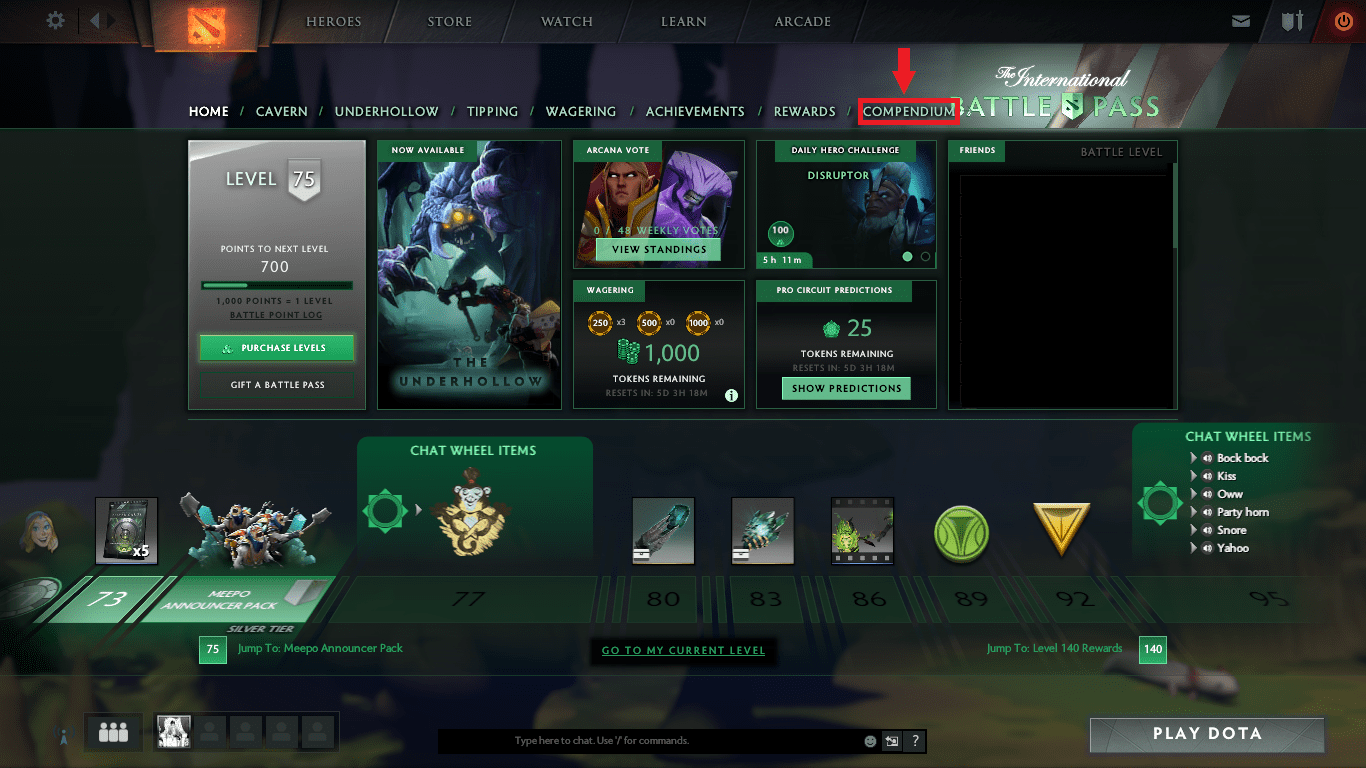 After that click Player Cards and by the way the prize pool is huge! 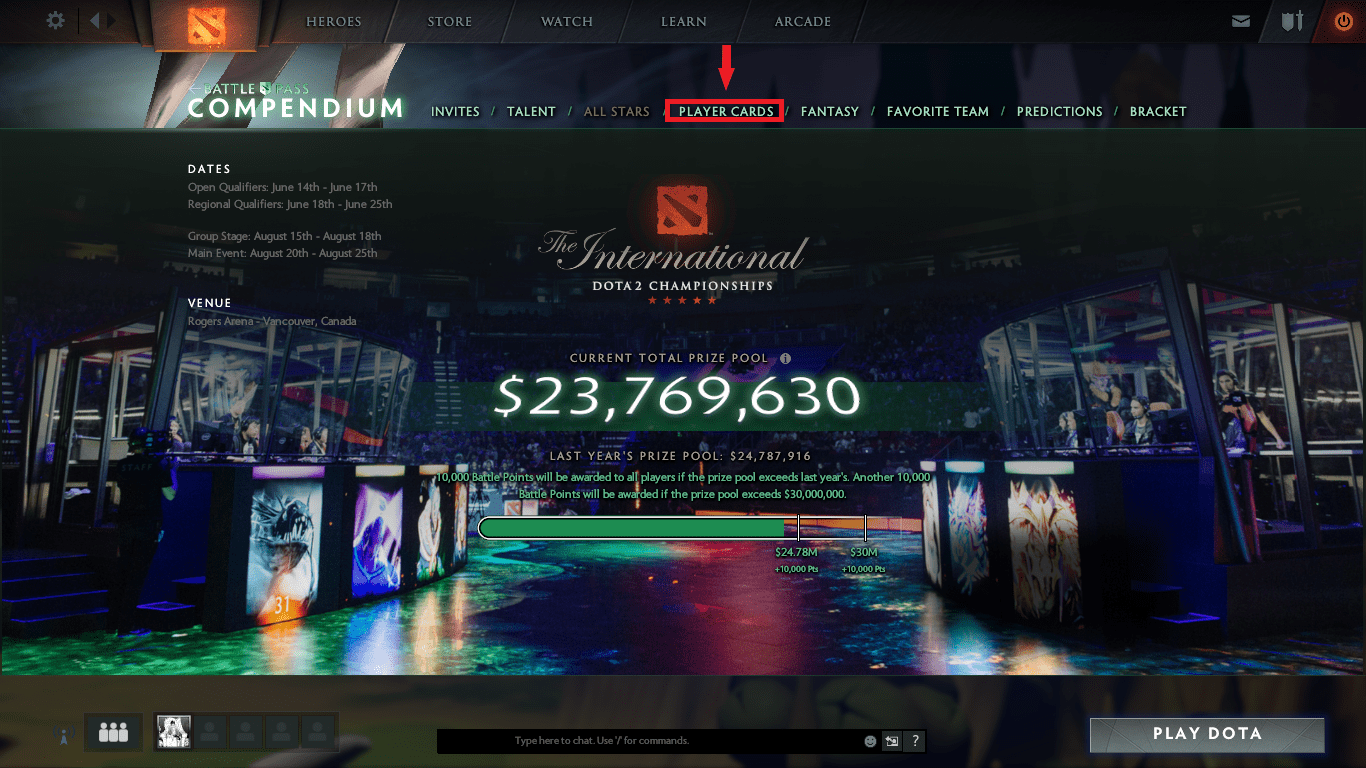 Then, you have to open the Player Cards if you have premium pack open that too. I have already opened mine so, don’t mind it. 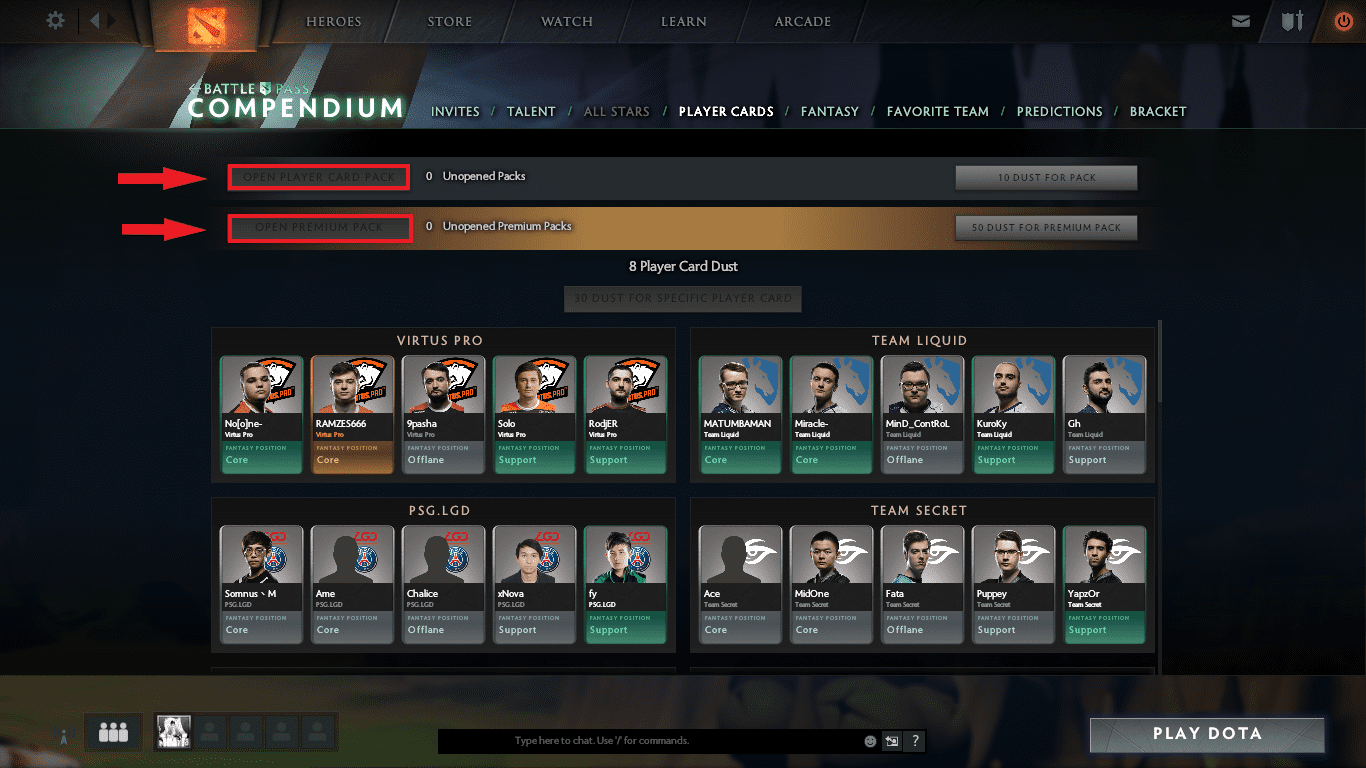 After that, you have to look at the duplicates. Normal player cards pack will have 4 green cards and 1 rare silver or gold card. Premium player card pack, however, contains the rare Notice that there are 3 types of cards, Green, Silver, and Gold.

You have to prioritize golden cards, then comes silver and then green.

Similarly, If you have a golden card of the same player. You can either keep it or recycle it depending upon the statistics the card has. 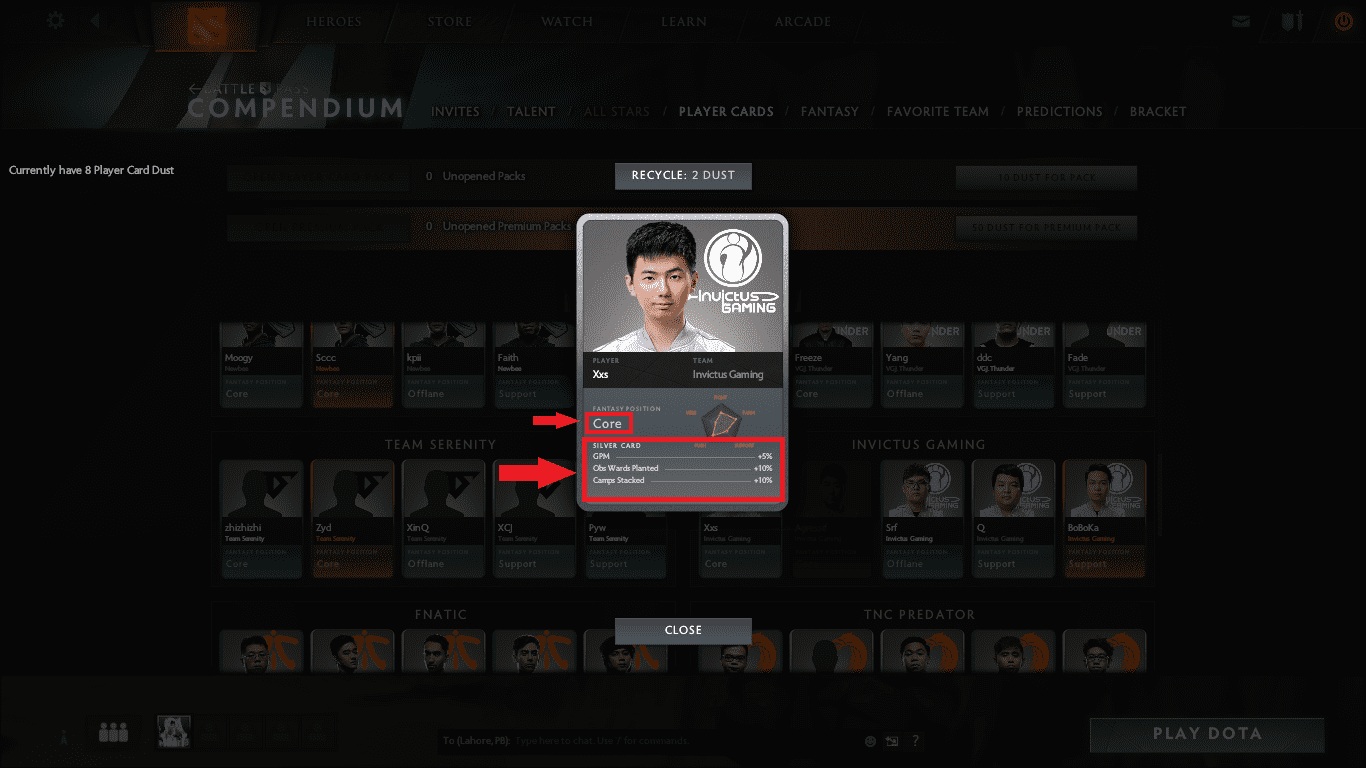 If you have duplicates of a core player. Then you have to look at the statistics of the card. Like here is a silver card of Xxs who is a core player for Invictus Gaming. Now looking at the card it has GPM (Gold Per Minute), Obs Wards Planted and Camps stacked. Since he is a core player so the Obs. Wards Planted and Camps Stacked is useless. If I have other cards which have good statistics like, GPM, Creep Score, Kills etc I would keep that card and recycle this silver card. Do you get my point?

You have to see the same things for Golden cards.

Things To Look For A Core Player Card

You basically want the following things in the statistics for a core player. If you are missing most of the things in the below list then you do not need that card at all. Recycle that!

If you have most of the above things in the stats of your card keep it. It will bring you a lot of points

Things To Look For A Support Player Card

Similarly, for a support player, you want to have these stats in your cards

1 more thing to keep in mind that the percentage right beside the statistics. If you have mixed statistics for any player then you have to look for the percentages if they have percentages lower than other stats like for a core card if it has a high percentage of runes grabbed than creep score then the card is pretty much useless.

You might be wondering why do I am focusing too much on recycling. Yes, a good question indeed. Well,

Recycling will help you gather dusts. 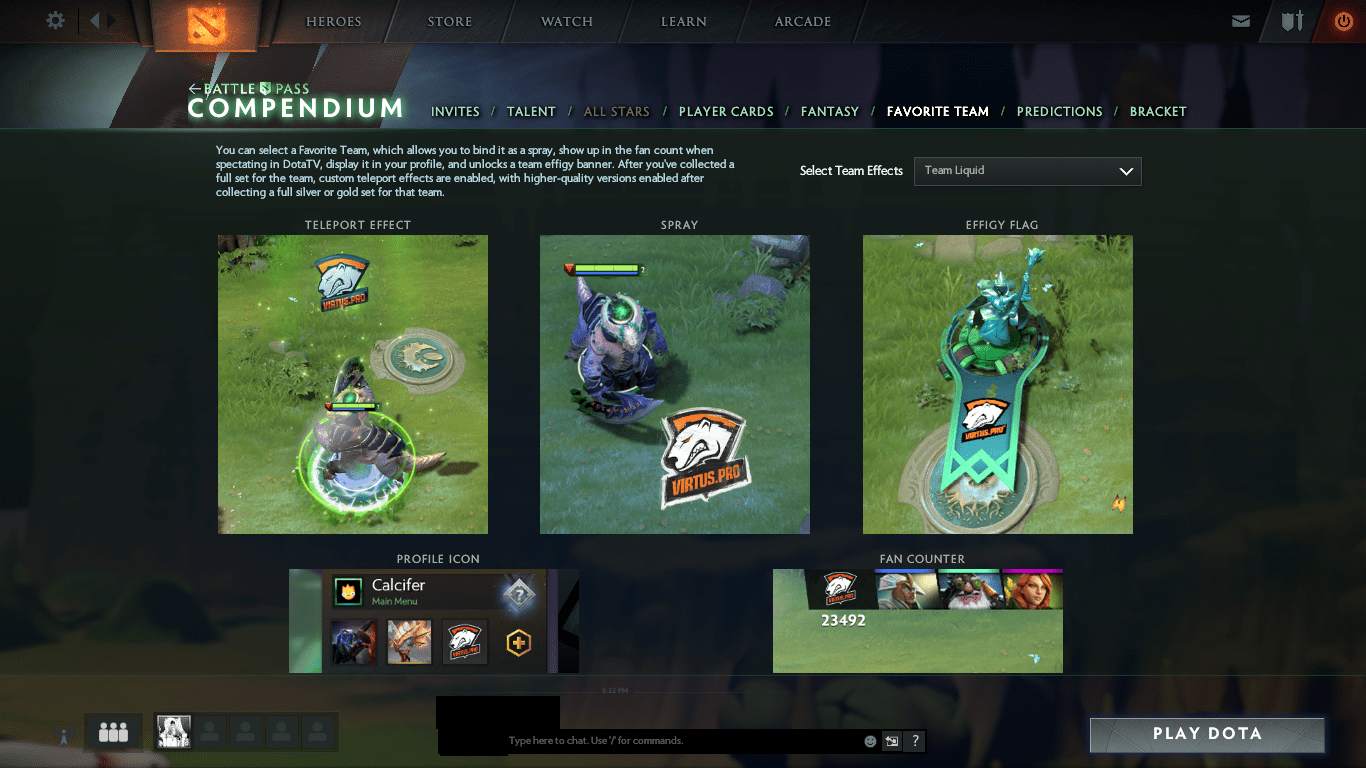 As you can see the sprays and other cool stuff regarding Favorite Team.

How To Use Player Cards For Maximum Fantasy Points?

The main use of player cards is to get fantasy points by setting a fantasy roster. Fantasy Team is a feature that lets players create their own team of professional players within Dota 2 Batlle pass, and compete with other players in the league based on points earned by their team. Points are earned whenever a professional player participates in any Tournament match. 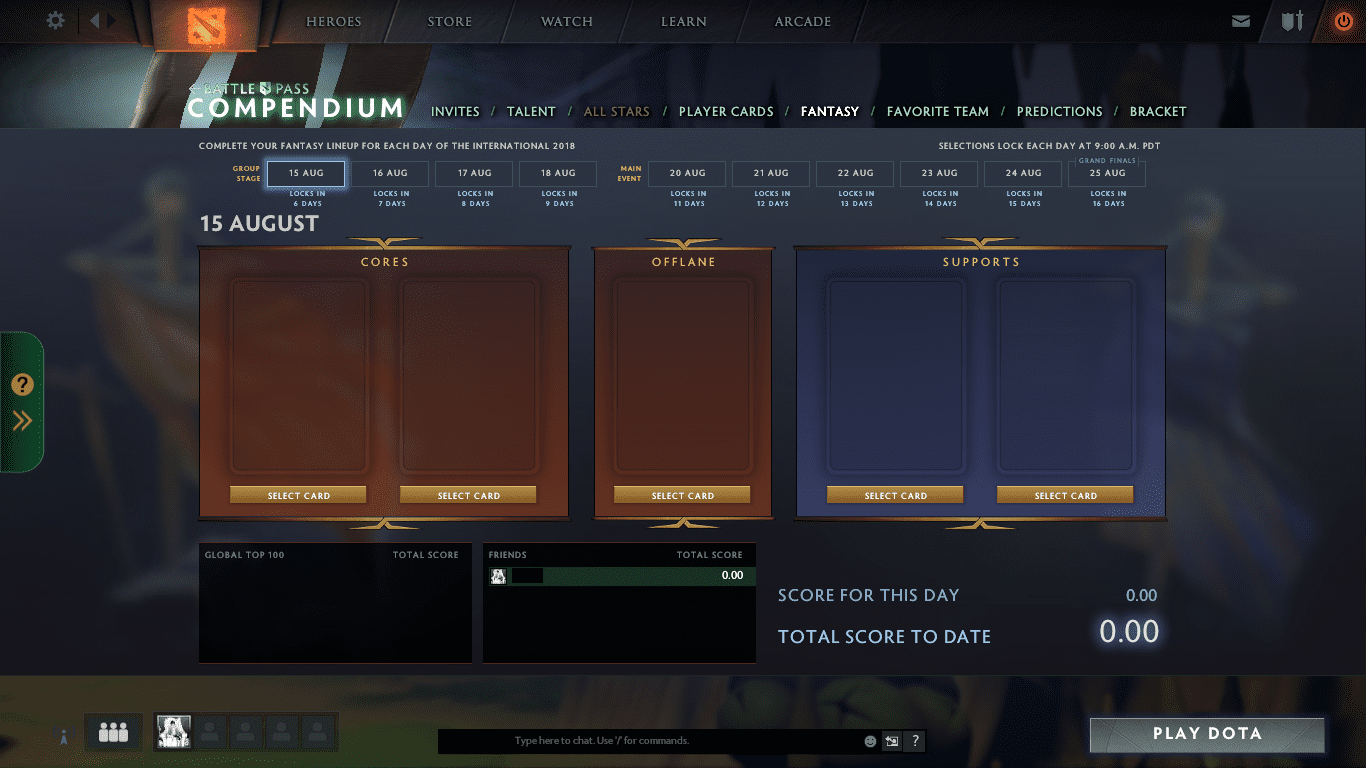 In short, you have to use your best card in a fantasy Dota 2 roster which will earn you points depending on the performance of the player earning you points.

The group stage will start in about a week and the schedule will be available 1 or 2 days before the group stage.

Now the most important thing to look for is that you have to see the schedule and look for the matches of the team whose cards you have. You have to select different cards for cores and supports. You will have to choose the best players or the players who stood out the most in the cards that you have. For example Liquid.Miracle- for core etcetera. You know that these players will perform good no matter what this will get you the points. Of course, golden cards will give you the most of the points.

You have to set your fantasy roster every day until finals. After that, if you manage to get some good points you will get free Battle Pass levels and that concludes my guide for maximum points.

If you have any question or anything you didn’t understand in the above guide feel free to let me know in the comments.