Watch Dogs is probably the most anticipated game right now. The game is developed by Ubisoft Montreal and published by Ubisoft. The game is set in a fictional city based on Chicago, Illinois, United States and city is a hyper-connected version. We have already told you about the gameplay and system requirements of the game. Finally, the game has got a release date as well. 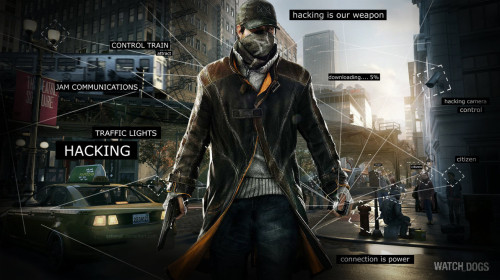 Watch Dogs is all set to launch globally on May 27 this year. The game will be available on Microsoft Windows, PlayStation 3, PlayStation 4, Xbox 360, Xbox One and later this year on Wii U as well. The Wii U version is currently paused because developers are working on other versions of the game.

Recently, the game has got a new trailer. The new trailer is released to introduce the characters in the game. Have a look at the trailer:

Other related trailers i.e. the gameplay and story trailer have already been released. Here is the story trailer:

Hope, you enjoy the gameplay! Here is the season play trailer of the game:

Finally, here is the intro trailer. This trailer was released about  a year back,

Well, all these four trailers have surely excited you about the game. Just keep your fists closed as you will be having your hands on game just 11 days from today.