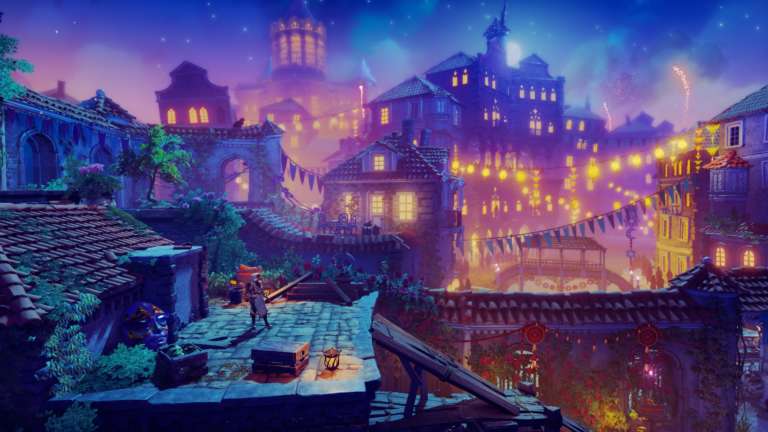 Trine 4 is exactly what the puzzle-solving 2.5D platforming franchise needed after the disappointing third entry. It’s fun, inventive, and has excellent pacing. It’s always nice when a developer understands where they need to take a step back, for the better, and deliver an experience that fans really want.

Trine 4 starts off with the introduction of the new character, Celius, The Prince, that has been exposed and corrupted by some dark magic. It’s up to the trio of main characters to find him and bring him back. It’s a simple, but the engaging plot, that has some interesting moments for each character. 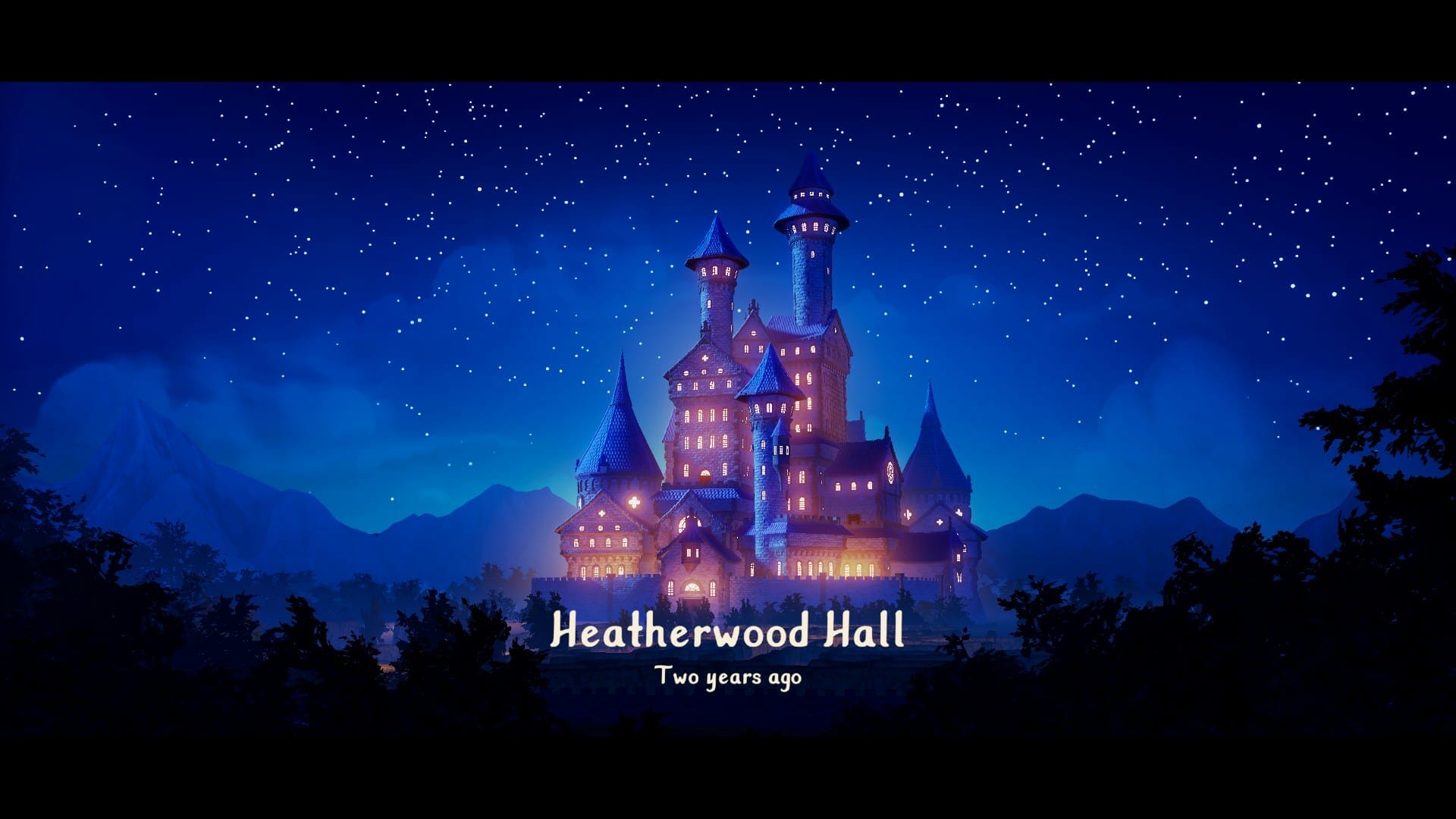 All three main characters have distinct personalities, that compliment their traits, and abilities. Each character has an introductory level, that gives you enough background about them, all the while teaching you how they function, and where they become necessary. 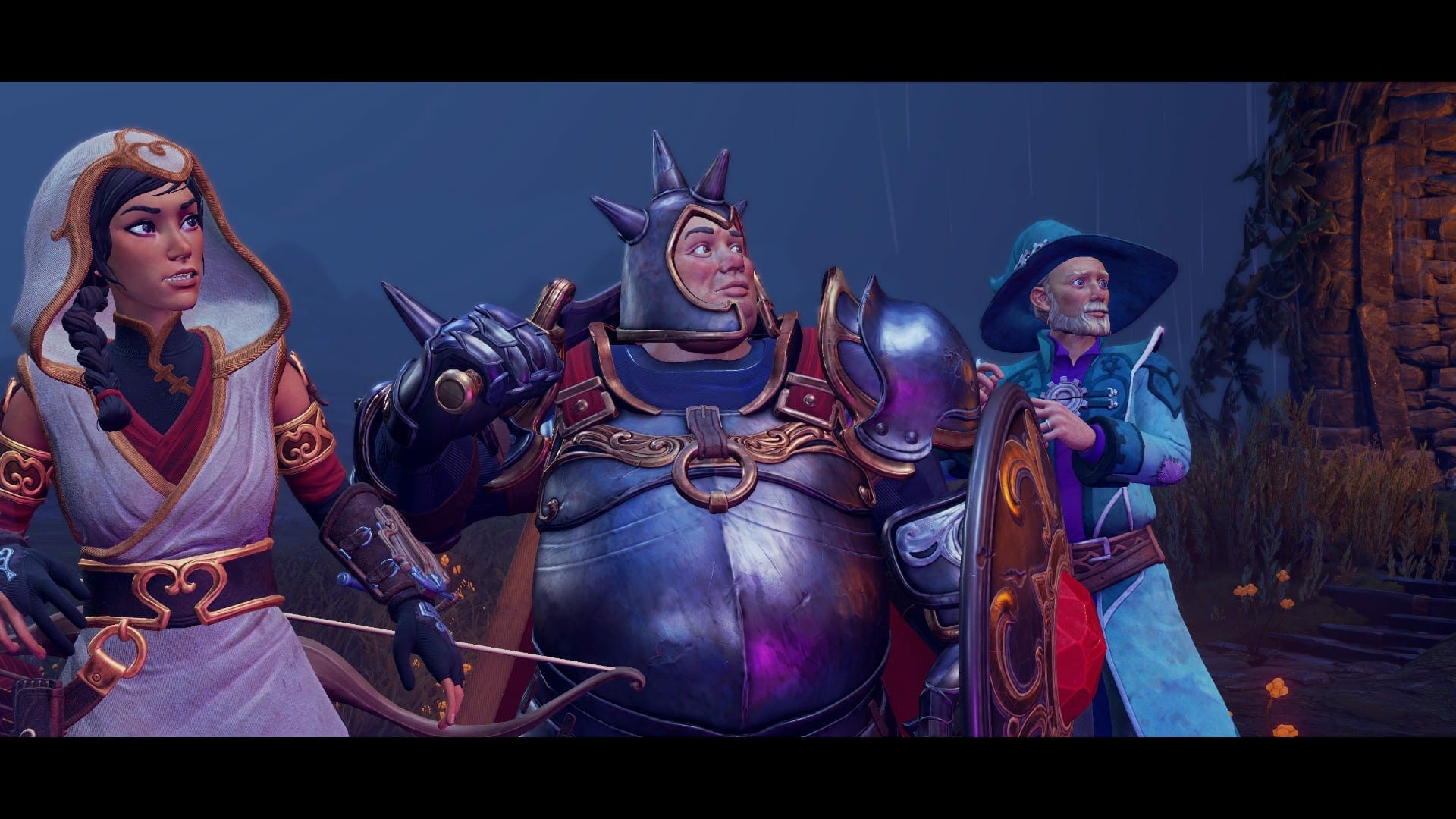 There’s a good friendly banter between all three characters, and they comment on different situations from time to time. Despite simplistic, and generic, the story and characters actually make up for a very memorable adventure. 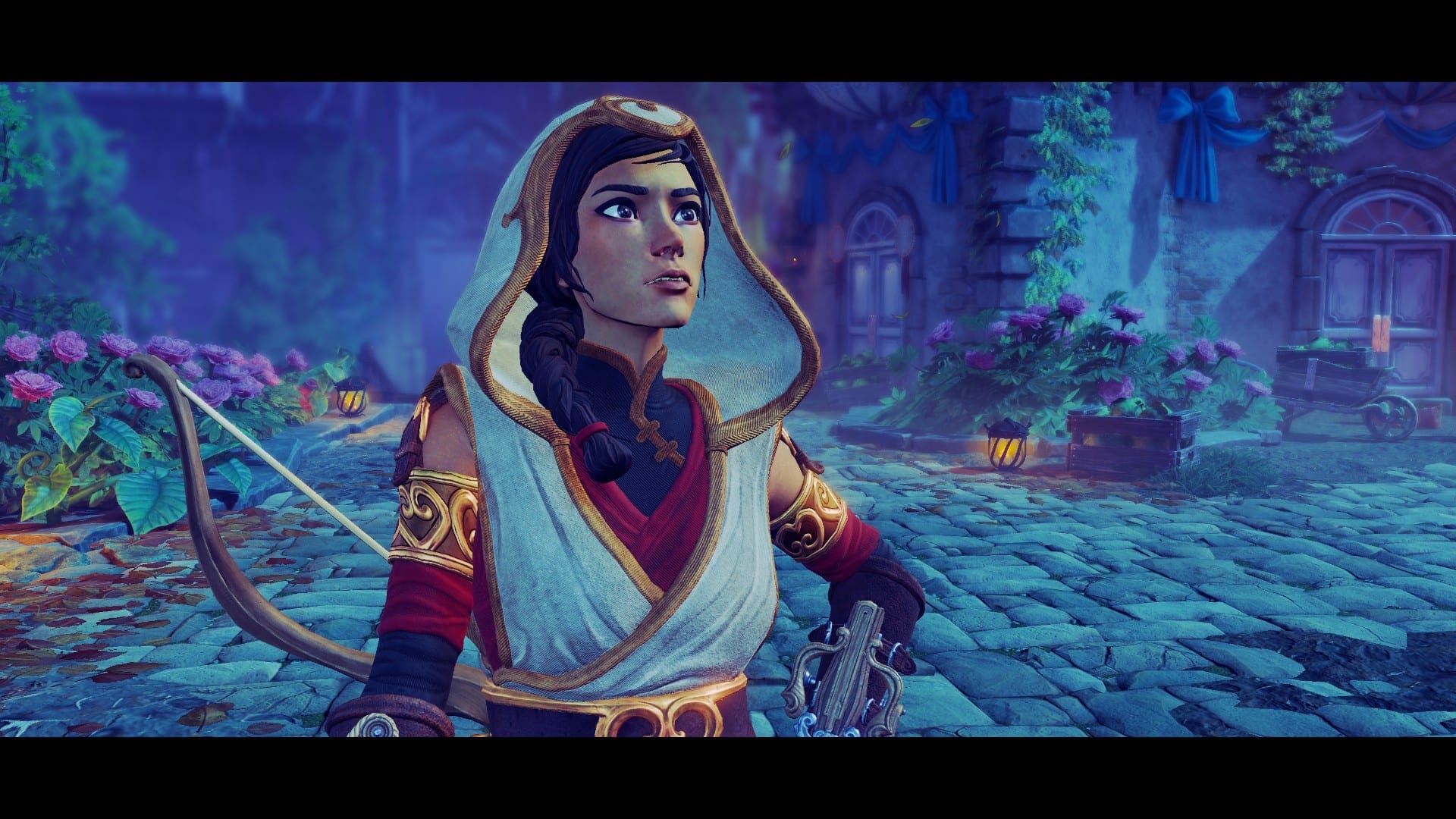 In short, if you’re new to the franchise, you won’t have to watch any recap or visit any of the previous entries. Trine 4 is a completely self-contained experience, and new players might actually have a much better time starting with this one.

Gameplay, as you’d expect from a Trine game, is very polished, and the robust physics system allows players to experiment and find solutions the way they see fit.

Despite having more or less the same solution for a single problem, the ability to manipulate various physics objects gives you a sense of freedom in how you approach it. 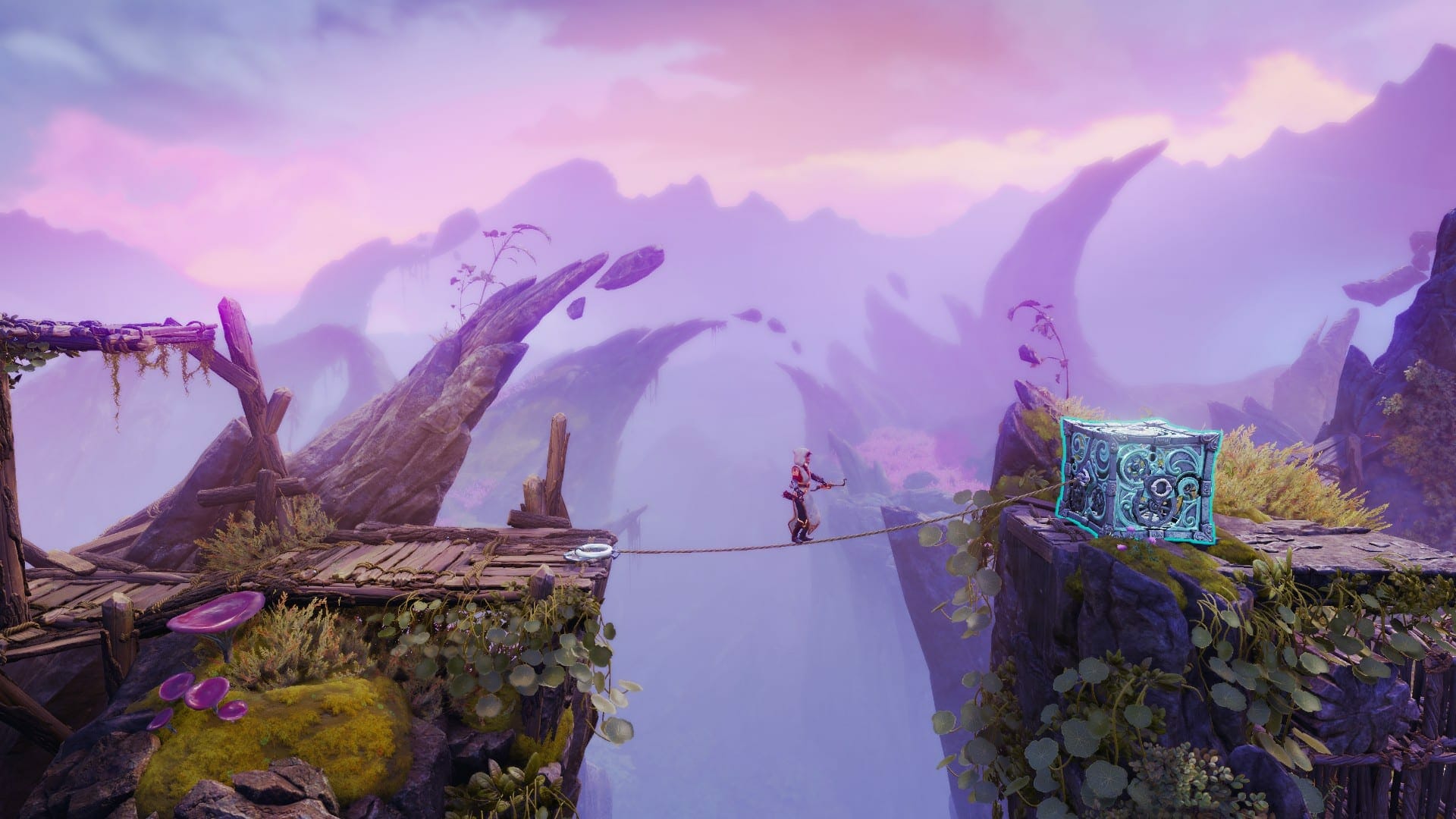 The game doesn’t overstay it’s welcome, nor does it bore you with repetitive puzzles. Granted, there are times the puzzles can feel similar, there’s a good amount of variation in each that they don’t feel like a chore. 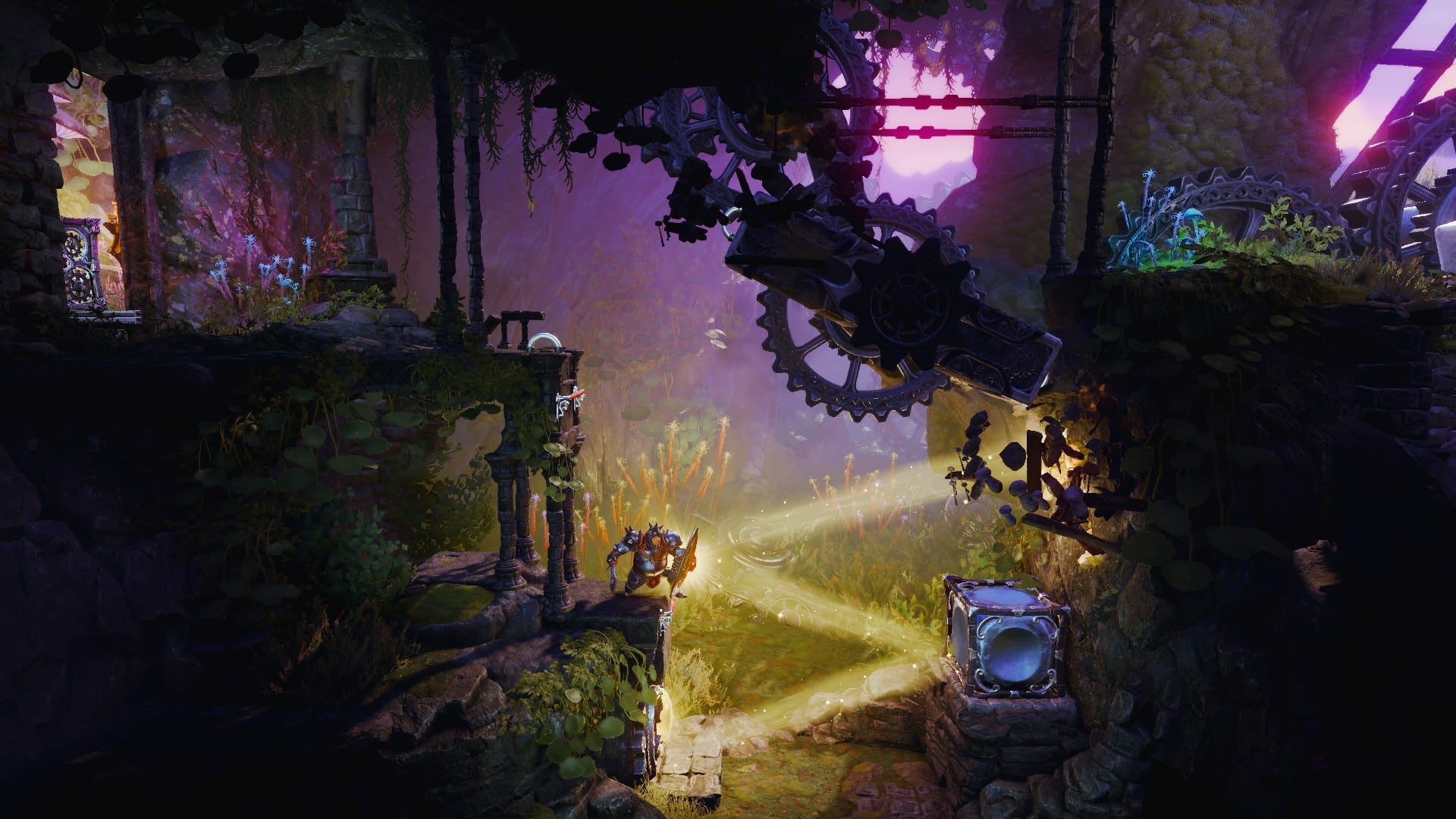 Pontius is the powerhouse of the group, and despite him being vital in many puzzles, he’s also going to be your go-to character for combat. Combat itself isn’t exactly very deep and comes down to general button mashing, but its frequency isn’t enough for it to become something that is Trine’s focus, which is puzzles. 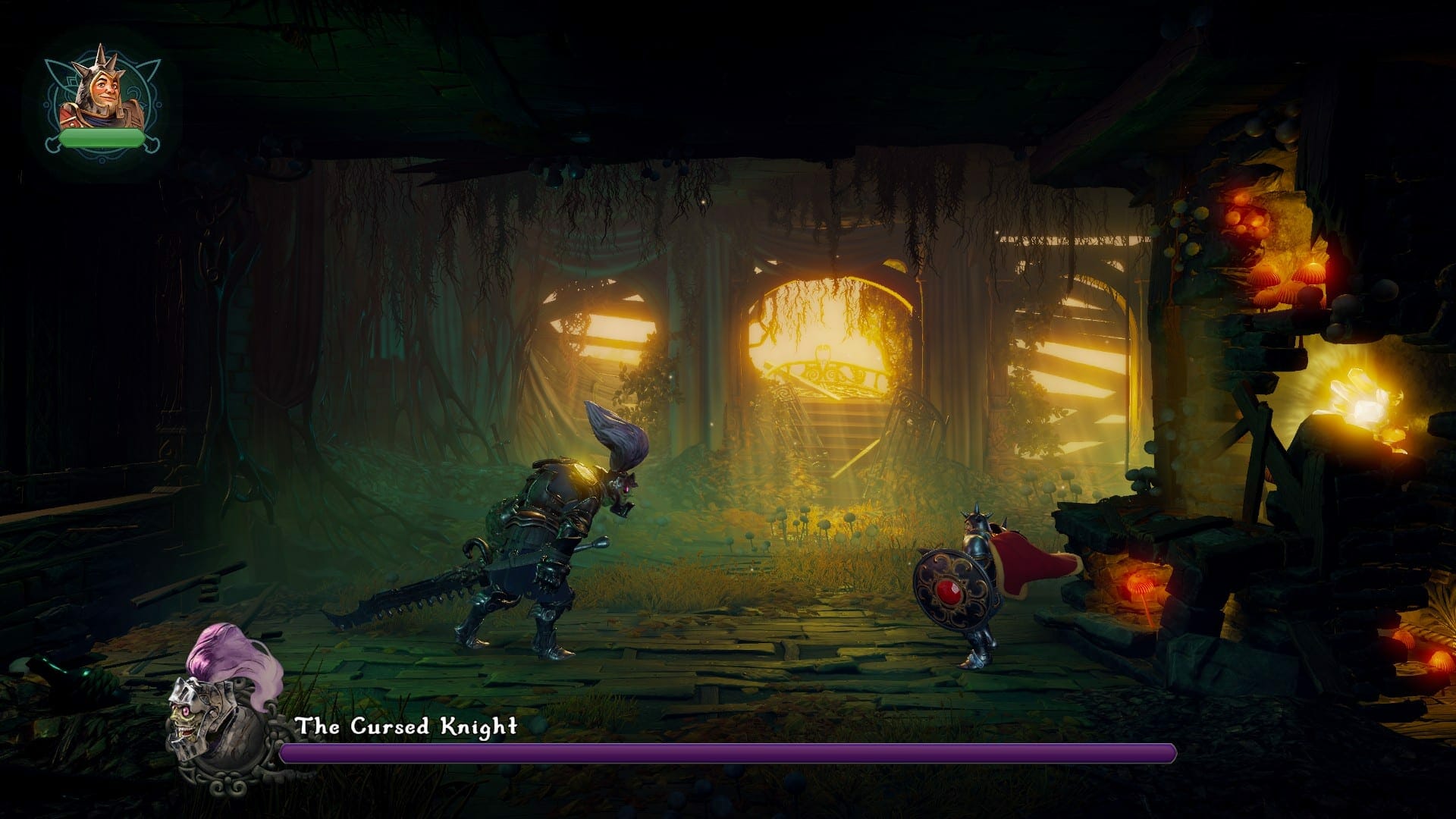 Trine 4 isn’t exactly hard at any point, and for solo players, it might actually be too easy. There are a few headscratchers here and there, but on a whole, you won’t have to look up a walkthrough or guide.

The game is absolutely gorgeous, and returning to the 2.5D style has allowed developers to add an extra layer of visual depth, that every section has its own identity. 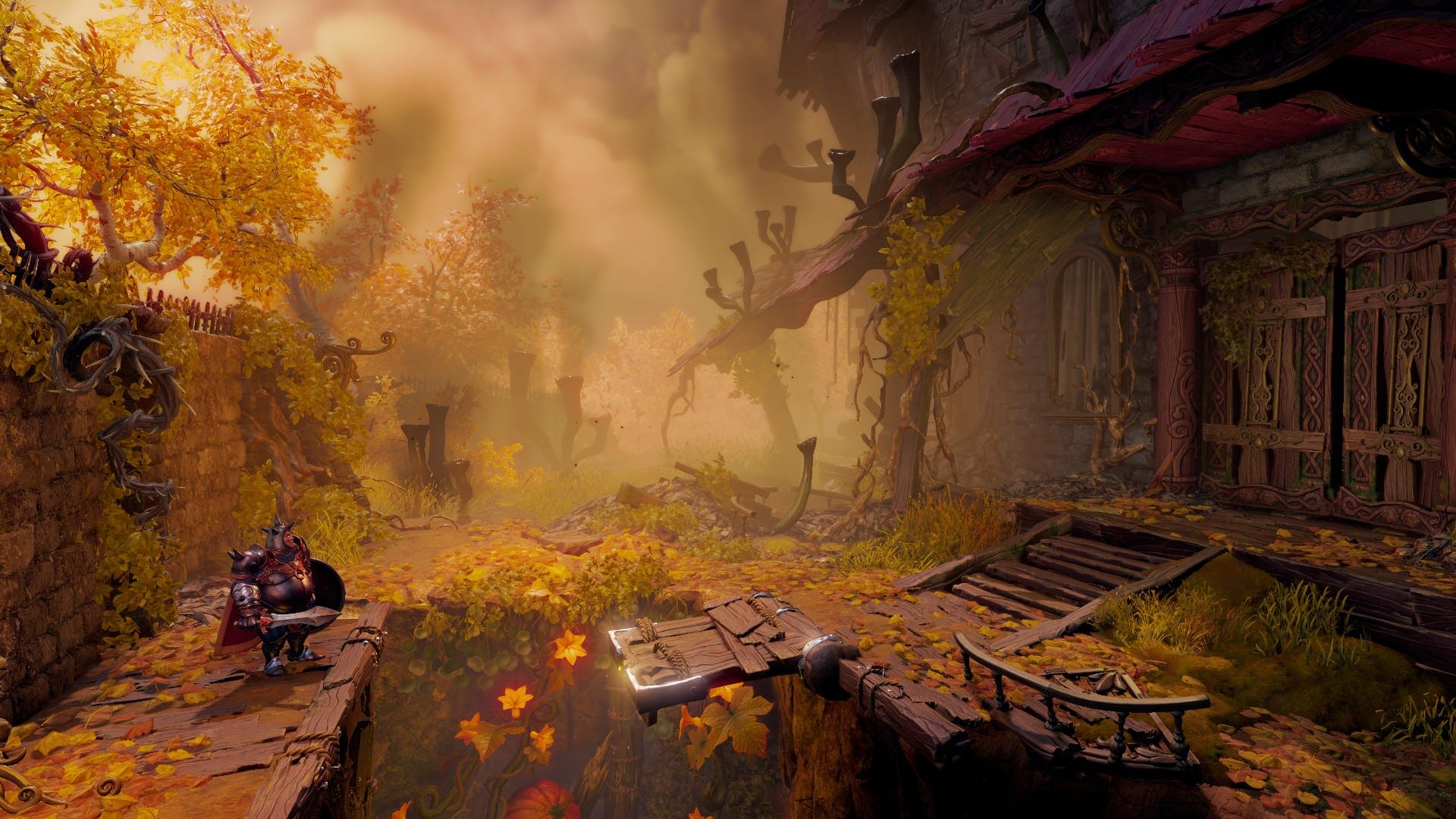 Make no mistake, this is easily one of the most good-looking games I’ve played all year, and its variety in areas is really commendable. 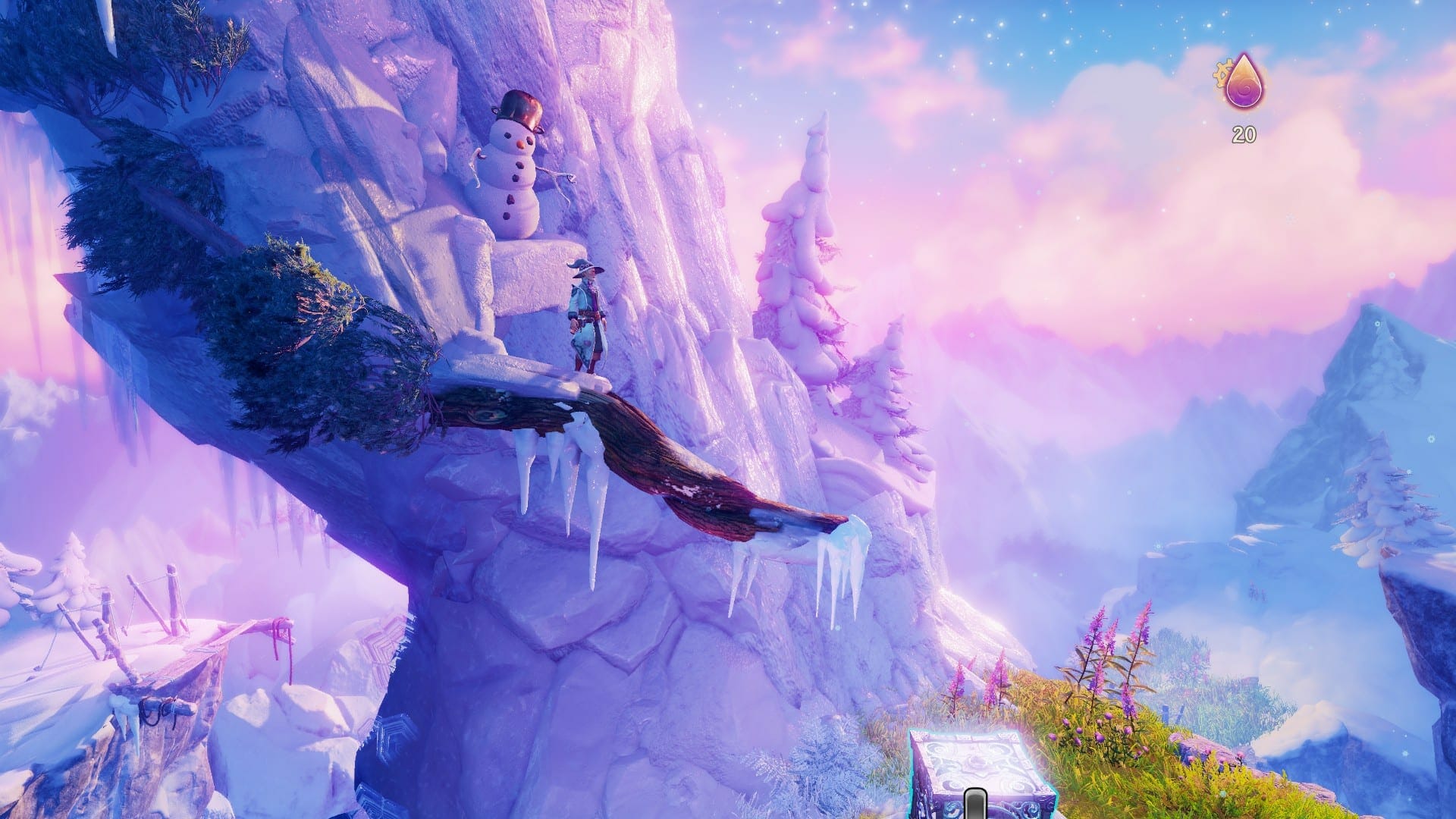 The amount of detail packed into each level keeps the game fresh, and give the game a very fantastical feel. Frozenbyte continues to impress and somehow doubles down with each entry when it comes to the visuals, and art direction.

The game can last you between 8-12 hours based on how you play, and there’s a good chance that solo players will have a much easier time overall. This game is a co-op experience first, and it’s definitely how we recommend playing it. 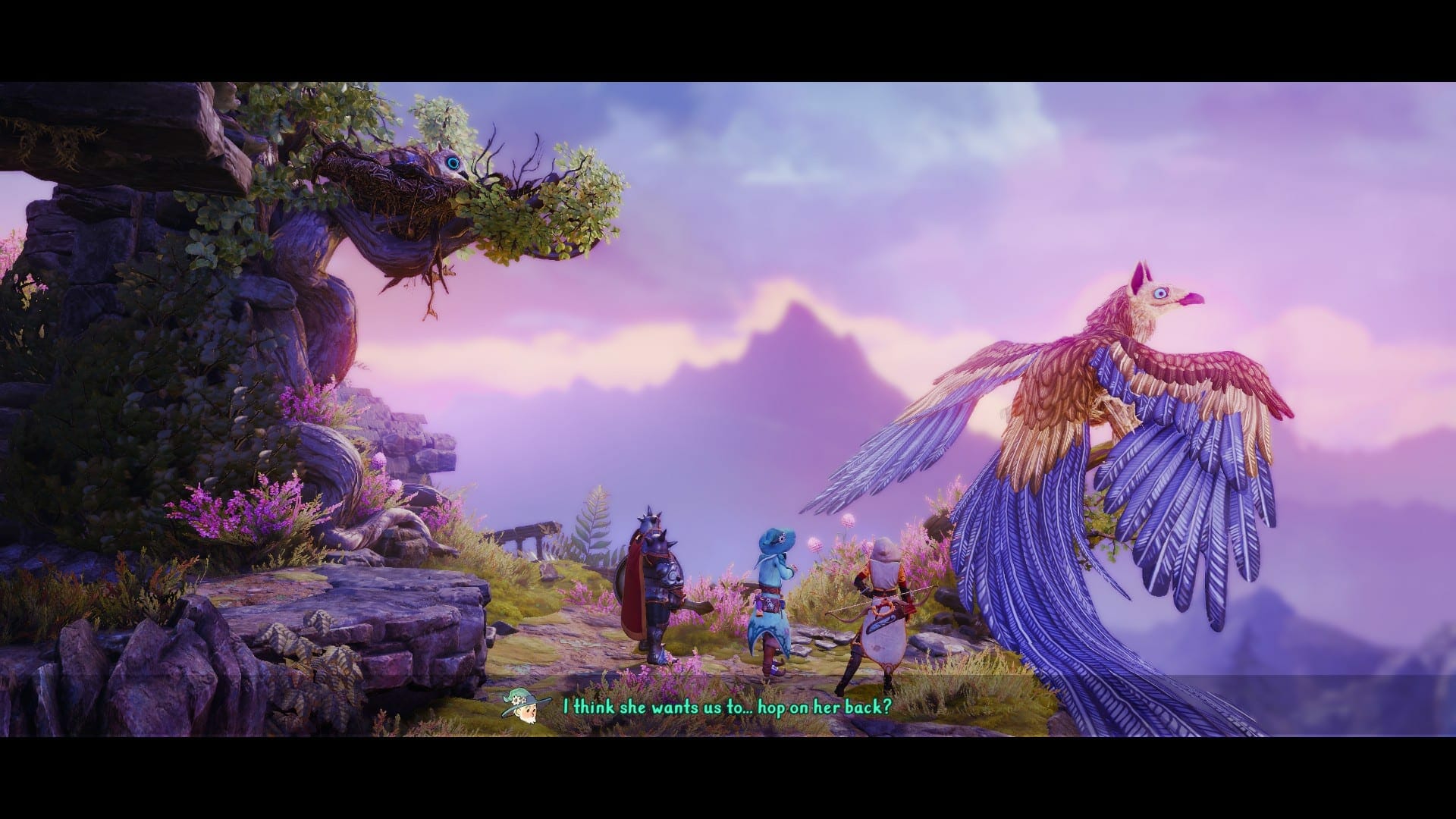 There’s not a single moment in my time with Trine 4, where I felt like I didn’t want to progress further and keep playing. The way the game moves you from one puzzle to another, with consistent breaks, is something that is lost in a lot of games of the same genre.

Trine 4 has a very fantastical score, that reminds me of earlier Disney animated movies, and there’s a constant sense of adventure as you traverse various areas, with different soundtracks.

On PC, you have the option to enable the much-appreciated Headphones Mode as well, which enhances the experience for headphone users quite a bit.

Trine 4 is a wonderfully delightful experience, that has a lot of fun to play both solo and in co-op. While the combat hasn’t improved since the previous entries, the gorgeous art style, fantastic pacing, and memorable characters make up for a stellar 2.5 platformer. 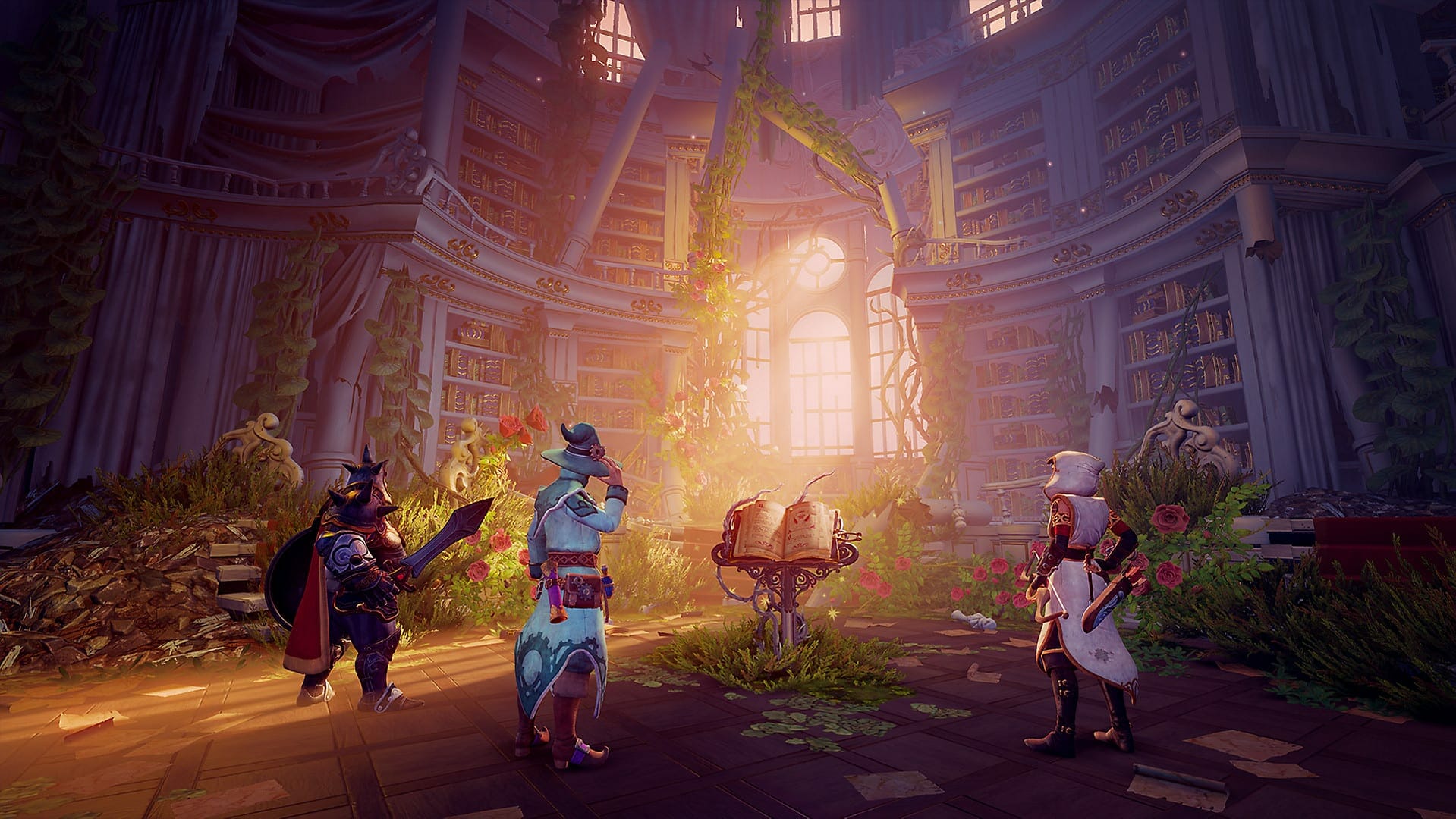 The game is out now and you can get it on PC, PS4, Xbox One, and Nintendo Switch.