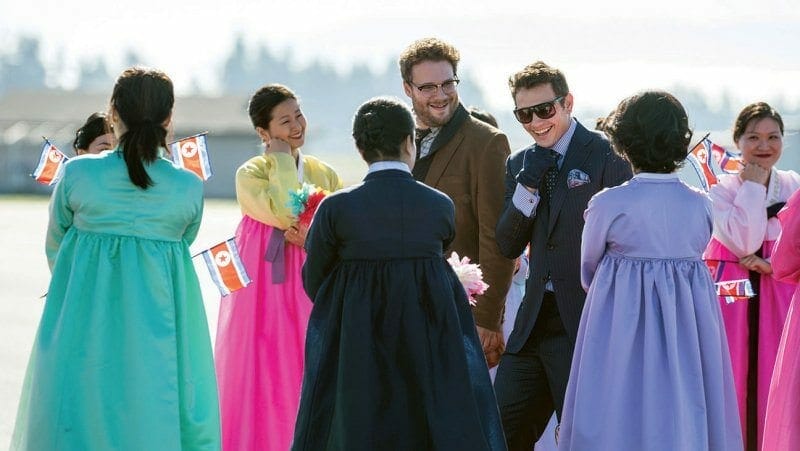 Sony was hacked because of The Interview and hackers warned Sony not to release the movie. After 2 weeks Sony made a decision and decided to release the movie. It was released in select theaters across USA and on some online streaming sites including Google Play, YouTube, Xbox Video and a dedicated site. The Interview is now also available on iTunes. But there are now words on Netflix yet.

In the movie James Franco and Seth Rogen team up again and like always, they have great chemistry together. Surprisingly, this time Seth Rogen actually plays a more serious role and Franco is the one who is more dumber in the duo. The movie is about a TV host and his producer/manager/best friend who get a chance to interview North Korean Supreme Leader, Kim Jong Un. James Franco and Seth Rogen are recruited by CIA to assassinate the cruel Supreme Leader of North Korea.

If you haven’t watched the movie now, go watch it now. You can check out the trailer above.