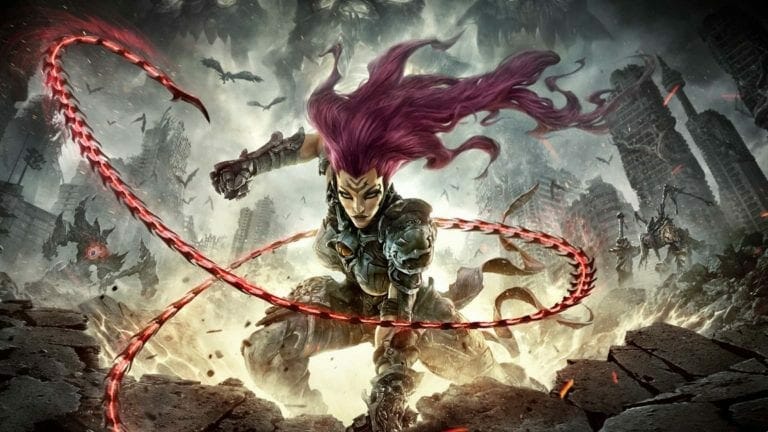 Darksiders III
Home
Gaming
Darksiders III is an upcoming action-adventure video game being developed by Gunfire Games and will be published by THQ Nordic. The game is one of the most anticipated games of the year owing to its widely successful predecessors. Now Darksiders 3 Release Date may have leaked, check out details below.

A listing of the game has surfaced online where the release date is also mentioned, check it out below

According to this listing, the game is supposedly coming out on 8th August 2018. The listing has been taken off from the site, which is a suspicious move, considering how most of these listing usually are just pre-orders and the release dates mentioned are normally placeholders, but why the need to remove the listing entirely? It’s possible that this date might just be true.

There has been no official announcement from THQ Nordic or Gunfire Games, but it’s possible that there might be an announcement on the horizon, considering how fast the listing has been removed.

Check out some awesome gameplay for the upcoming game below

Return to an apocalyptic Earth in Darksiders III, a hack-n-slash Action Adventure where players assume the role of FURY in her quest to hunt down and dispose of the Seven Deadly Sins. The most unpredictable and enigmatic of the Four Horsemen, FURY must succeed where many have failed – to bring balance to the forces that now ravage Earth. Darksiders III is the long-anticipated, third chapter in the critically-acclaimed Darksiders franchise.

What do you think about this Darksiders 3 Release date listing? Are you excited about the game? Let us know in the comments below

How to improve Death Stranding Anisotropic filtering on PC (NVIDIA)