Next Gen Xbox Codenames and Models Discussed – Is Cloud The Future?

With 2019 being the final year for the PS4 and the Xbox One, it seems that Microsoft is going full-steam ahead with developing a successor to the console which is anticipated for a 2020 release. Seeing how there are a plethora of AAA titles lined up for 2019, there is still speculation for Microsoft to announce the next gen XBox at E3 2019 since it will give Microsoft a headstart against Sony due to their competitor choosing to not make an appearance at the E3. Let’s take a look at the next gen Xbox codenames and what they offer. 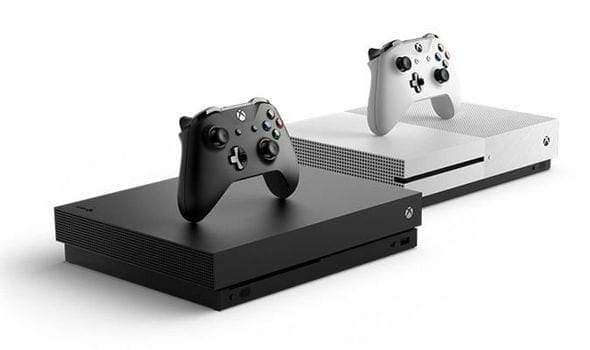 Windows Central has compiled a comprehensive collection of information which suggests that there are currently in the pipeline. These consoles are aimed for a 2020 Holiday launch plan, and comprise of the current offering of Xbox Family of consoles.

The codenames for each console are as follows:

The Next Gen XBox One S has been codenamed “Lockhart”

The Next Gen launch Xbox One has been codenamed, Scarlett. Much like the launch XBox One consoles, this will be an experimental SKU released by Microsoft.

Lockhart has been stated to be as powerful as the existing Xbox One X with and will be a cheaper offering to the consumer. Anaconda has been rumored to be leaps and bounds superior in terms of performance with strong speculation for the next gen consoles to target a native 4k and 60 FPS for games as the preferred outcome of the console. There is also rumor that the Anaconda will make use of SSD to increase performance, reduce load times and other benefits with the SSD.

Scarlett is a tricky model. It is speculated that Microsft is planning on taking gaming to the cloud by making a disc-less console version to reduce the cost of the console. This is similar to the launch model of the Xbox One coming bundled with Kinect but later on started selling the console without the peripheral.

We are unsure about the current price point, but if we had to specualte we would say that in terms of price it would be Scarlett -> Lockhart -> Anaconda.

It has been reported that with the help of an experimental OS by the name of Windows Core OS, which will power Xbox One backwards compatible and by proxy, allow for Xbox 360 Backwards compatibility with the library that is currently being offered on the Xbox One consoles.

There is also a rumored Game Core OS which is similar to the Universal Windows Program (UWP) introduced in Windows 8. This allows for the same app to run on Windows 8, Windows 10 desktops, laptops and tablets.. Game Core OS will be a part of Windows Core OS and will support Scarlett consoles. Game Core has been rumored to make developing games for the Xbox Scarlett and Windows 10 PC’s.

This is where the UWP element of the OS comes in and allows for developers to make games for PC’s and consoles side-by-side. It is expected that we will hear about Game Core OS at Game Developers Conference on March 18th 2019 or Microsoft’s Build Conference which is speculated to take place in May of 2019.

Microsoft showed off Project xCloud recently, this allows you to stream Xbox One games on your devices with input methods that best suit you. Whether its by controller, touch, Android, or any other method you choose fit. Microsoft recognizes the opportunities for peripherals in  this new line and plans on partnering with popular accessory vendors in this niche like Razer to deliver the optimal Xbox Gaming experience on mobile.

Similar to remote play on the PSVita with the PS4, Sony Xperia phones, Windows and Mac. The only difference here will be the official peripherals and accessories available as Microsoft partners with other vendors. Microsoft was too late in the game to take advantage of xCloud to its fullest potential but looks to get a running start for the next gen Xbox consoles.
Microsoft seems to think that Project xCloud and Scarlett are the future with the help of the cloud, but could Microsoft be looking to use their arsenal of cloud enabled services to power their next gen hardware?
With all this in mind,  the stage is all set for 2019 for Microsoft. We will have to wait and see what happens at E3 2019 for us to see where the future of the next gen consoles is headed.
Tags: Next Gen Xbox OneXbox OneXbox One AnacondaXbox One LockhartXbox One Scarlett
Share3TweetSendShareShare
Previous Post