Apex Legends has been out for around 4 weeks now and has done remarkably well. The new battle royale phenomenon has quickly made a name for itself in the gaming community and now we have word that new legends would be making their way to the very first season of the game. New Legends for Apex Legends Season 1 were datamined earlier today, let’s see what can be expected.

Many would agree that Apex Legends is the most popular BR game right now. In just over a month since its release, it has garnered a player base of millions of active players. Many believe that in due time the game would eventually dethrone Fortnite given how Apex, similar to Fortnite, is also a F2P game that is as fast paced as Fortnite.

Minus the building aspect of Fortnite, which is exclusive to the game, Apex Legends has introduced a rather exciting take on BR. It does not feel sluggish like PUBG as some would argue. The game also prioritizes Team play which is not necessarily a focus of many other BR titles.

A Twitter user by the name DTZxPorter has recently unearthed what seems to be New Legends for the game. According to him, these new legends were found inside game files. however, sadly we don’t have any details regarding their attributes or specialties.

The alleged leaks come in the form of a couple of images(can be seen below) that show part of the New Legends for Apex Legends. According to a rumor, it is believed that these legends will debut in the season 1 of the game which we know is scheduled for the current month.

The datamined legends are currently unidentified with the exception of the one below. 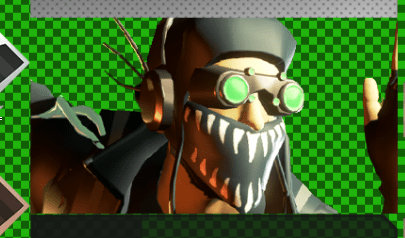 The legend above has been identified as “Octane”. We also know a little about his abilities which are mentioned below.

While not taking damage, Octane restores health over time.

Deployable jump pad that catapults users through the air.

Keep in mind, however, that these leaks should be taken with a pinch of salt as nothing is yet official. Season 1 of the game will drop any day now, most probably before March 12, and we would know then for certain if these leaks are true.

Also, note that some sources have named the Legends found in the recent datamine, however, that is speculation at best and are not substantiated by any credible evidence.

Let me know in the comments what your thoughts are regarding the upcoming Season 1 of the game. what content are you expecting from the devs?