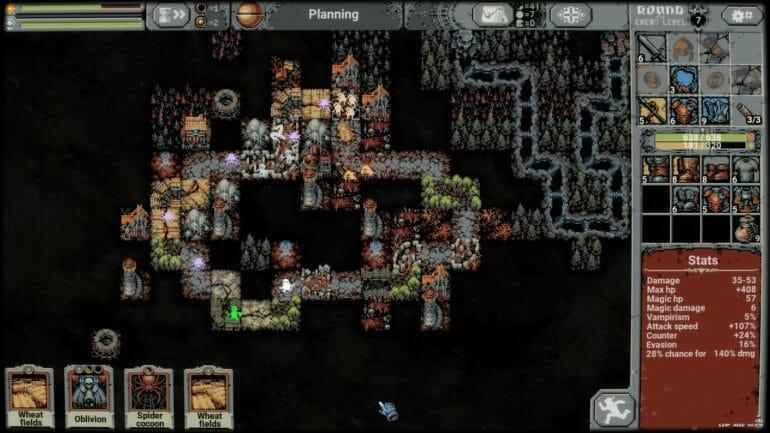 Loop Hero is a roguelike deck builder from Four Quarters and Devolver Digital. The title is currently available on PC only, and players can purchase it through Steam, GOG, and the Epic Games Store. Players will place cards on various tiles of the loop and fight various enemies through a fairly unique combat system. The game also features beautiful pixel art and an incredible soundtrack. There is a lot to like in Loop Hero, and it is the next big indie hit. If you want to access the Loop Hero Save Game location on PC, here is how you can do that.

There are plenty of excellent roguelike and rogue-lite titles to choose from on PC, and a lot of those feature deckbuilding elements. These include Slay the Spire, and the more recent Monster Train, both of which have an extremely positive reception. Loop Hero stands out because it doesn’t actively involve the player in combat, but the player has to facilitate the character and the path they take.

At the moment, the game does not feature cloud saves. This means that your data is stored locally, and that is the only way to back it up. There are reports of data corruption in the forums too, and the developers have addressed that in a recent update. Either way, it is a good idea to back up any saves if you have progressed far.

You can now purchase the title on Steam with a discount of 15% on both the game and soundtrack.

Loop Hero is on its way to becoming the next big indie hit. It has overwhelmingly positive reviews on Steam, and it has a peak player count of 51K based on Steam charts. The developers are also updating the game frequently, and adding balancing changes based on player feedback. Some players noticed lower performance despite the extremely low requirements, and an option for those specific players has been added to the game as well.

What do you think of Loop Hero so far? Are you enjoying the game? Let us know in the comments below and share your thoughts.