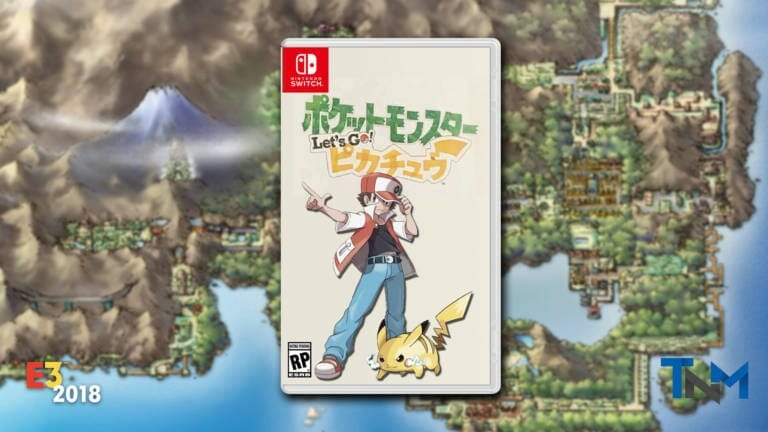 Pokemon Let’s Go: Pikachu and Let’s Go: Eevee are the latest installments in the Pokemon franchise coming to The Nintendo Switch on November 16th. Having been first unveiled during a press conference in Japan on May 30th – the new games have gotten new information and gameplay footage with this year’s Nintendo E3 and Treehouse. If the new Let’s Go Pikachu & Eevee E3 2018 Gameplay Trailer is any indication, then the new game is going to be a joy to play!

The protagonist is seen walking across the Kanto region with his starter Pokemon in tow. While it may be a remake of the 20-year-old Pokemon Red and Blue, Let’s Go Pikachu and Eevee promise to bring new twists to a classic tale. Boasting motion controls and an integration to the Pokemon Go mobile game, Let’s Go Pikachu and Eevee will be the perfect companion piece to the AR-based title.

With an online subscription, players can transfer Pokemon from the mobile game to their main Switch console. They will also recurve incentives in the game such as items and special reward boxes. A special “never before Pokemon” was even teased in the May 30th reveal – making Pokemon Let’s Go Pikachu and Let’s Go Eevee the beginning of a new and exciting way to play the long-standing series.

Players will have to work harder if they want to catch em all if this year’s E3 conference is any indication. Fans were delighted to see Nintendo and GameFreak tease the upcoming 2019 installment of the Pokemon franchise – known as the Eighth Generation. Coming after the revolutionary Pokemon Sun and Moon, Generation 8 will feature a brand new region and its own unique roster of Pocket Monsters to catch and collect.

After weeks of speculation, the first look into Generation Eight was revealed through a mechanic of the upcoming Pokemon Let’s Go Pikachu and Let’s Go Eevee. In addition to the title reveal, fans were promised a glance at a “never before seen” Pokemon – who has now been given the name Name. He will join the roster of upcoming Pokemon from the new region and be obtainable in the 2019 installment of the Pokemon series, only on the Nintendo Switch.