iOS 7 Jailbreak issues: How to fix them?

Yesterday was one of the much awaited day for many iOS users. The day brought the guide to Jailbreak iOS 7. Apple’s iOS 7 was released two months back along with the launch of iPhone 5S and iPhone 5C. In the meantime, we kept informing you about the developments regarding iOS 7 Jailbreak. 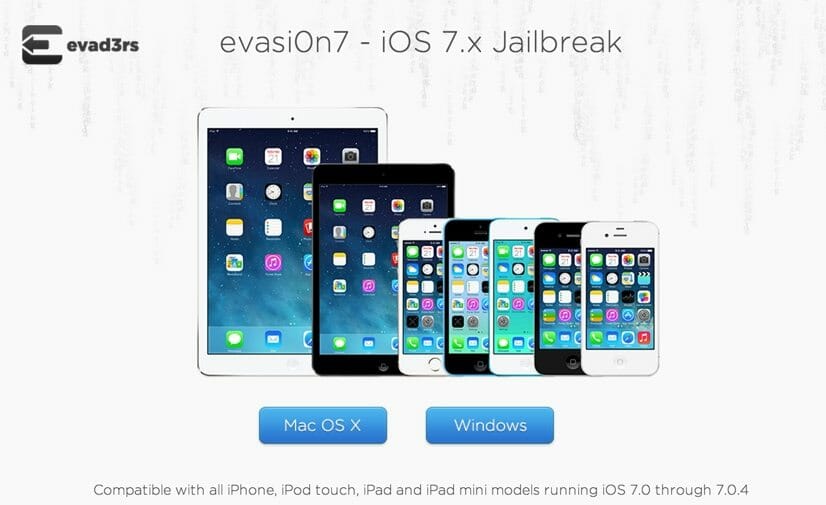 Coming to the main topic of the post i.e. iOS 7 Jailbreak issues. Although the iOS 7 Jailbreak from Evasi0n is quite efficient, yet it has some issues and errors in it. So if you are jailbreaking your device running on iOS 7 with Evasi0n7 Jailbreak, you may face ‘endless reboot loop’, get stuck on ‘Activation Lock’ or your Evasi0n app progress halts during the midway of iOS 7 Jailbreak. Some Mac users also complained regarding the error in running the Evasi0n app.

Contents hide
1 Solutions to iOS 7 Jailbreak issues:
1.1 You may have Endless Reboot Loops:
1.2 You may get stuck on Activation Lock:
1.3 Your Evasi0n progress may halt:
1.4 If you are a Mac user, you may be unable to run Evasi0n app:

Here are the solutions to the iOS 7 Jailbreak issues. All the above mentioned 4 issues are discussed individually here. You can follow them to get your device jailbroken ‘successfully’.

You may have Endless Reboot Loops:

This is the issue that is particularly not because of users. The endless reboot loops are the result of incompatibility of Jailbreak tweaks. It seems that MobileSubstrate, the library of Jailbreak tweaks, is not compatible with Evasi0n7. The issue is expected to be fixed in the updated version of Evasi0n7 tool. We can expect the updated tool to come soon.

You may get stuck on Activation Lock:

iOS 7 came with loads of new features. Activation Lock is one of the feature of iOS 7. The feature asks the device user to enter its Apple ID and Password whenever the device is ‘restored’ or ‘jailbroken’. Ask the seller to remotely disable this feature before jailbreaking your device as there is no way to bypass the screen during Jailbreak process.

Your Evasi0n progress may halt:

Some users complained that their device takes too long during Jailbreak process and eventually, the progress on Evasi0n app halts. REMEMBER, IT TAKES ONLY 5-6 MINUTES DURING JAILBREAK PROCESS. So as time goes long, just restart the Evasi0n app, reboot the device and get Jailbreak process competed.

If you are a Mac user, you may be unable to run Evasi0n app:

This is due to the Gatekeeper working on latest versions of Mac OS i.e. OS X 10.8 or later. To solve the issue, right click on Evasi0n app. Click on ‘Open’. A dialogue will be displayed. Click on ‘Open’ again shown at dialogue box. If the method is not working, right click, navigate to Show Package Contents > Contents > Mac OS > Evasi0n7. Now you have run the Evasi0n app on Mac, and can successfully proceed iOS 7 Jailbreak process.

Hope these solutions help in getting your issues resolved. If not, do let us know! Do let us know if you face any other error during your iOS 7 Jailbreak process.