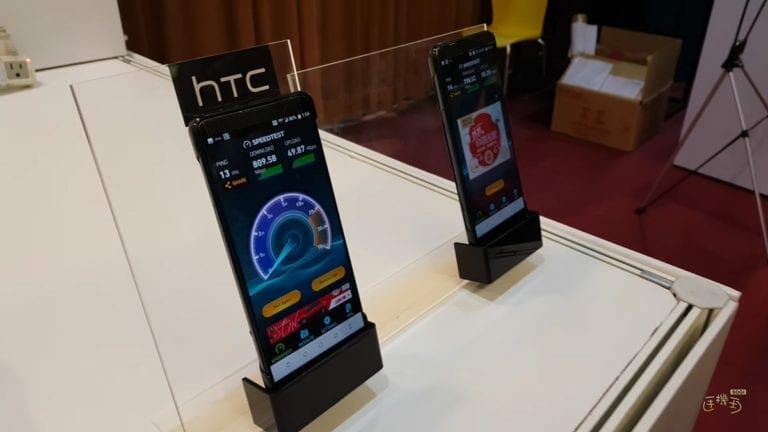 HTC, the Taiwanese mobile manufacturer has recently caught everyone’s attention with their upcoming mobile flagship, the HTC U12. Last year HTC released their latest smartphone, the U11, which is a mid-tier smartphone and a direct successor to HTC 10. The HTC U11 had all the right specs that are common to latest flagship phones like 6GB ram, high-resolution display, and an octa-core processor.

However, the U11 lacked the bezel-less look that has taken the smartphone market by storm as of last year.However, HTC U11 Eyes model that was released in January this year did a lot better on that front with a screen-to-body ratio of 78.4 percent as compared to U11’s 71.1 percent. Although the U11 did better than its predecessors, i.e. the HTC One M9 and the HTC 10, it still lagged behind the smartphone giants in sales such as Samsung, Huawei, and Google Pixel.

The Taiwanese company is probably hoping to capture the Android smartphone scene once again with their latest upcoming smartphone the HTC U12. The HTC U12 is a direct follow-up to the U11 last year. Let’s look at what we know so far about the upcoming HTC U12:

HTC has not released any official news on the design yet but it is evident from the leaked pictures that HTC has opted for a bezel-less front look.

Similar to HTC U11 Eyes, the U12 has a minimal bezel on the sides of the screen as well on top and bottom.

Specifications of HTC U12

The HTC U12 is rumored to feature a Snapdragon 845 processor. Regarding the RAM, it will be odd if HTC featured anything less than they did on the previous smartphone, the U11, so it is safe to assume that the HTC U12 will have at least 6 GB of RAM along with 128GB ROM.However, there might be a 4GB RAM and 64GB ROM model as well which will be a bit cheaper than the higher RAM/ROM one.The HTC U12 would also feature support for 5G.Other specifications like camera and battery are yet unknown.

HTC U12 Launch and  Release date

HTC is expected to steer clear of announcing its flagship phone at industry events like the upcoming Mobile World Congress (MWC) 2018. The reason for this is that at such events the danger of a distracted media is much higher especially with Samsung’s S9 announcement just around the corner. Hence, the expected month of HTC U12’s release is either March or April this year.

Let us know how you feel about HTC’s next flagship in the comments below.