Google Hangout for iOS 7 has just been updated. Version 2.0 is out on itunes. The new version is the combination of video, audio, voice call and instant messaging (IM). The application is for especially iPad is more optimized and certainly the iPad is more flexible to have this app too. The most important feature that most of the people would not have gone across is the “Shake-to-send feedback”. Yes this awful thing is finally being removed. One more thing Google added for fun are the animated Stickers that are fun to use.

Well further more comparing the older version with the new one that will help you figure out more features. Lastly Hangout on iOS is a mixed consecration. You can talk with many friend at a particular time and at the same time video chat with them and for free of cost. The group messaging you do with your friends it can actually tell you which person had seen your message (Exactly the same feature that Facebook provide within the chat). But the dreadful thing that people doesn’t like was it was actually a browser. Why not an app it’s more easy a click away and easy to be handled. 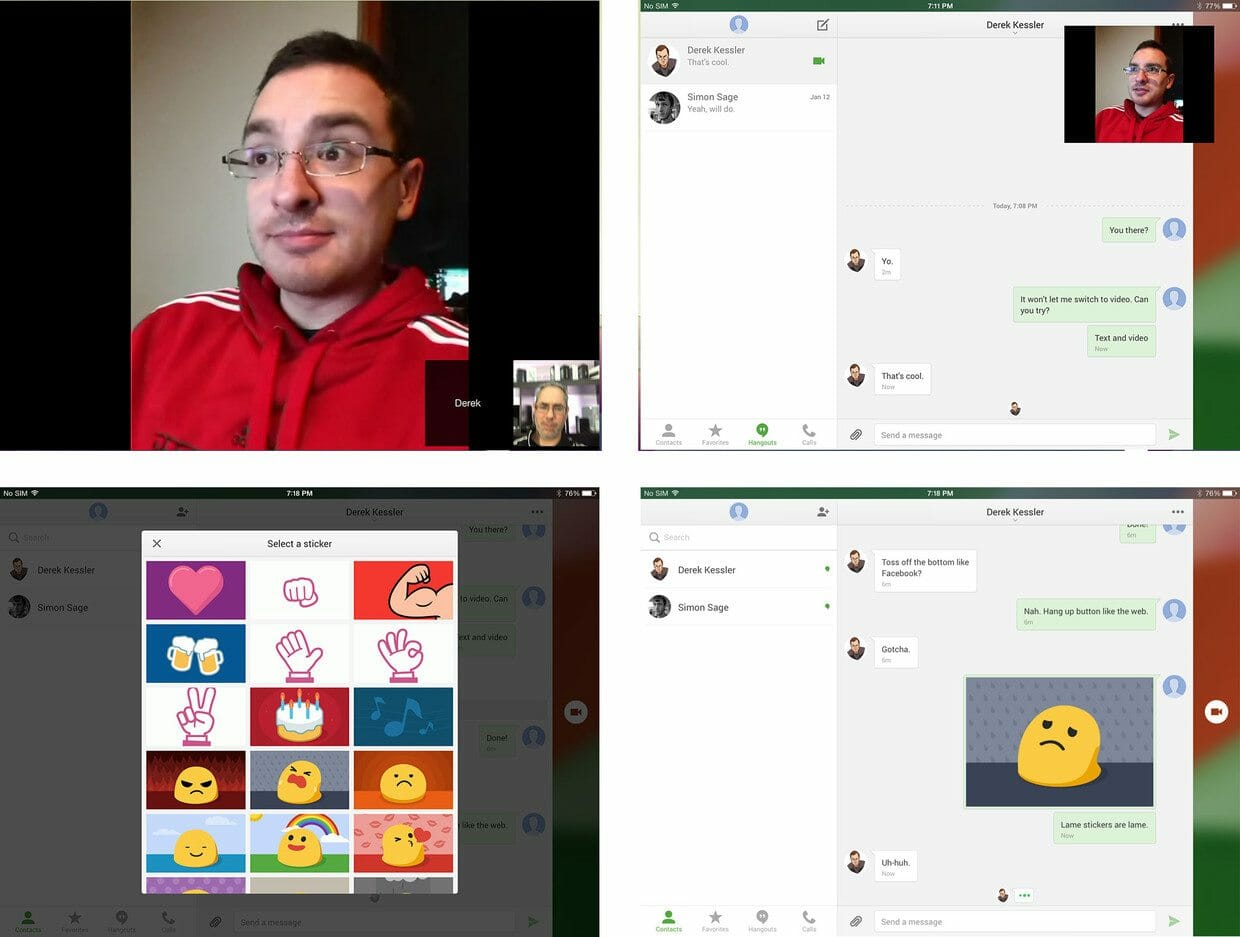 Google heard the feedback and now the version 2.0 was out. Some of the features are still to be corrected and some of them are working. But it’s never too late Google have shown a thumb up sign to the user to use it and the other updates will be on its way with more features. Features that are being improved and corrected.

Google respect their iPhone and iPad customers and since they want each and every one to communicate on mobile they are providing it with hangouts. WhatsApps on the other hand is the same thing but Google ensure that you won’t regret this application.

Do try Hangout 2.0 and make sure send us your feedback on the latest update.