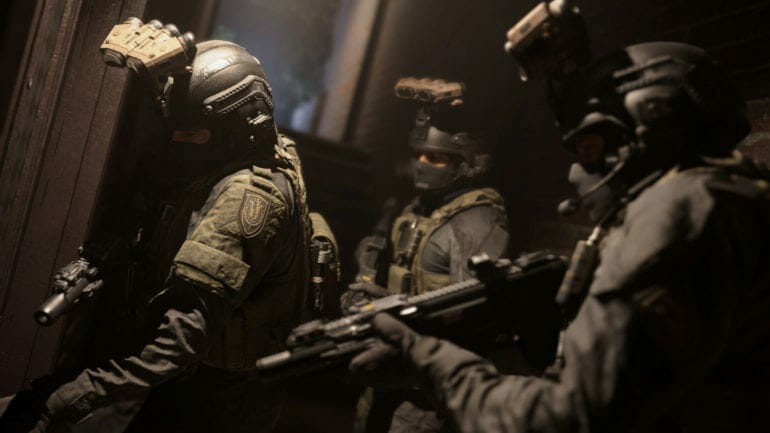 Call of Duty is a yearly franchise, and 2020 wouldn’t be the same if we don’t see a new one yet. With all the rumors, leaked footage, and plot speculations, we’re reaching the point where an announcement is imminent. It seems that there’s a good reason that a new listing for a title on the PSN database, is most likely Call of Duty 2020, and here’s why we think that is.

Activision still hasn’t formally announced a new title yet. However, given how there’s a new Call of Duty, with or without a campaign, it’s only a matter of time till they do. Modern Warfare, and their free entry, Warzone have been a massive success, and we will, no doubt, see a new on this year.

PS4 Patches is a PSN repository for content that is on the PlayStation Network. A lot isn’t publicly available for viewing or purchase. An interesting listing has shown up on this website, and here’s why we believe it’s the latest entry in the COD franchise.

Firstly, if you head over to the listing of The Red Door (possible codename), you will see the following webpage.

If this were some indie or AA title, it wouldn’t be 71.4 GB in size. This is something you would expect from a very high budgeted title. COD Warzone is of a similar size, and there aren’t a lot of titles that come close to that.

Secondly, if you click on CUSA20046 The Red Door, you will see the following additional information.

COD2020 is clearly written in the content ID. This is a clear indication that something has been getting updated in private for something related to COD in 2020. Its parental level is 9, which is the standard for M rated titles, and Call of Duty is one.

If you compare both listings for this and COD Modern Warfare, you can see how similar these are.

Footage for the next entry was apparently leaked as well, which you can watch here. There’s a good amount of reasoning to believe the next title will be called Call of Duty: Cold War.

This info was first spotted on modernwarzone, and apparently, a data miner has shared some acronyms found in the code for a project to the site. Take the following content with a grain of salt.

These are also indications of potential game modes in the upcoming title. We’re very interested to see how they would introduce zombies in their battle royale mode.

What do you make of this listing? The rumored game modes? And the leaked footage? Let us know in the comments below and share your thoughts.