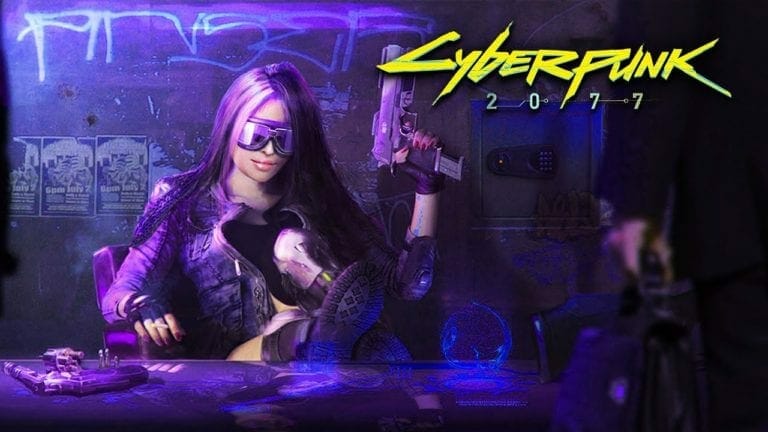 CD Projekt RED revealed Cyberpunk 2077 in-game screenshot. The image was taken down however from the server but we managed to get our hands on it and you can see it below.

This screenshot shows male V in a car-chase shootout and was originally released via the game’s official website. The game looks beautiful and we do not know that what will be the final build will look like because CD Projekt RED states that this build does not represent the visual quality of the final product. Meaning we will be seeing more and better graphics in the final game. We all know that CD Project RED loves to take time to develop their games and I believe the more time a game takes the better it will come out.

In the above screenshot, we can see a male V in a car-chase shootout. There are few things which you might or might not notice is that the car which is being ridden by the male V. You can see that it is missing a door, which shows that the cars in Cyberpunk 2077 will be destructible. How much destructible the cars would be that is what we do not know.

Here is a brief gameplay and story overview of Cyberpunk 2077,

The game will be released for Microsoft Windows, PlayStation 4, and Xbox One. It is an action/adventure game. The game is adapted from the 1988 tabletop game Cyberpunk 2020. In a first-person perspective, players assume the role of the customizable mercenary V, who can apply experience points to stat upgrades to reach prominence in the character classes NetRunner, Techie, and Solo.

Night City is an American Mega City in California. controlled by corporations and unassailed by the laws of both country and state. The city sees the violence and wars from the rampant gangs disturbing the peace of the city. The city is full of robots as they could be seen from doing everyday aspects like waste collection, maintenance, and public transportation. There are homeless people as well but the city does not provide technology for them to modify themselves. If they become a threat the armed force Psycho Squad deals with them. Because of the constant threat of physical harm, all citizens are allowed to own and openly carry firearms in public

You can watch the official 48-minute gameplay reveal by CD Projekt RED down below.

The game looks aesthetically pleasing and I think I might be pre-ordering the game. What do you guys think? Are you excited for Cyberpunk 2077? Let us know in the comments below