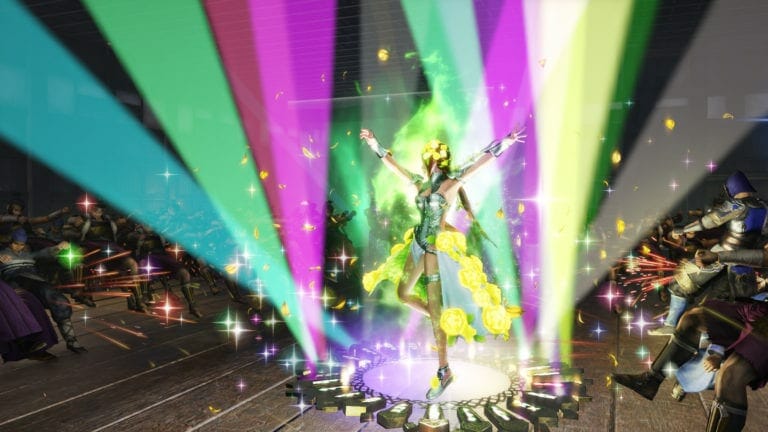 The new hack and slash game Warrior Orochi 4 by Koei Tecmo just got its new footage, screenshots, and information with the introduction of new Deification and Sacred Treasure systems. Read more for details!

Here are the official details on Warrior Orochi 4 Deification and Sacred Treasure systems according to Koei Tecmo,

The re-assembled heroes from across the Dynasty and Samurai Warriors universes are faced with yet another battle; the god of gods, Zeus, has meddled with the human realm to create his own parallel world. The heroes learn that to solve this mysterious situation and return back home they must find eight Ouroboros Bracelets, but some individuals discover that these bracelets possess great power and decide to use them to their own advantage. This gripping new feature, Deification, grants the power of the gods to those who wield the bracelet. Taking on a powerful new form, those characters that perform Deification are not only able to use an unlimited amount of magic in battle but also cast unique physical and magical attacks.

Check out the Deification trailer down below

In addition, all of the 170 playable characters in Warriors Orochi 4 are able to harness Sacred Treasures, enabling the heroes to perform both close-range and long-range magic attacks in battle. Combining these attacks with other party members, overcoming battles, aiding allies, and training together increases the relationships between characters and offers various benefits. Strengthening the Bonds between characters enhances their abilities when they work together and unlocks events between them – uncovering more details about them and their true motives in this parallel world.

The game will launch on Xbox One, PlayStation 4 and PC on September 27th in Japan.

The game will launch on Xbox One, PlayStation 4 and PC on October 19th in Europe

The game will launch on Xbox One, PlayStation 4 and PC on October 16th in North America