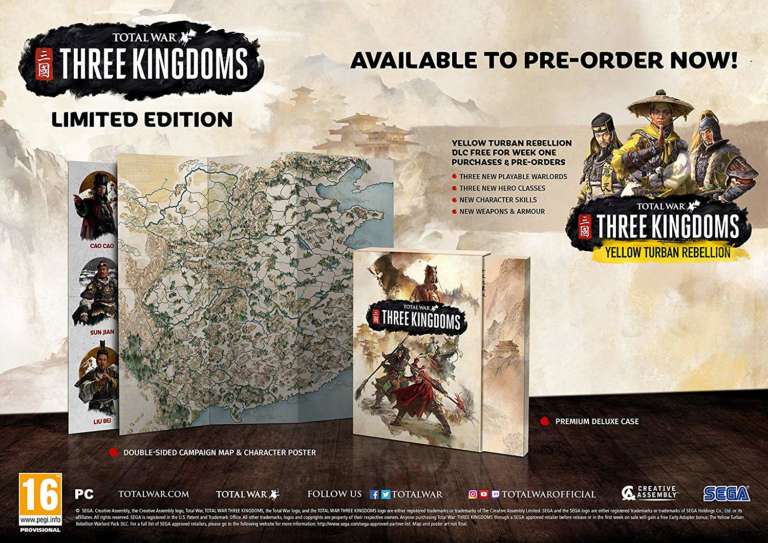 Total War: Three Kingdoms comes in various editions, each with their bonus content and goodies. There are three editions of this game that are available for Pre-Order.

You can get the Standard edition of the game from Steam digitally. If you choose to pre-order it, you’ll be given access to the Yellow Turban Rebellion DLC, which we have talked about in detail in our pre-order bonus guide.

The Limited Edition is a physical release, that is also up for pre-order. It has tons of goodies with the game in a beautiful deluxe case.

The collector’s edition comes with tons of goodies including a statue, packed in a premium beautiful case.

It has the following items

It’s so rare to see these beautiful editions coming for PC, and it’s a chance for fans of strategy games to add these to their collection.

What do you think about the Total War: Three Kingdoms Editions? Which one will you get? Let us know in the comments below.