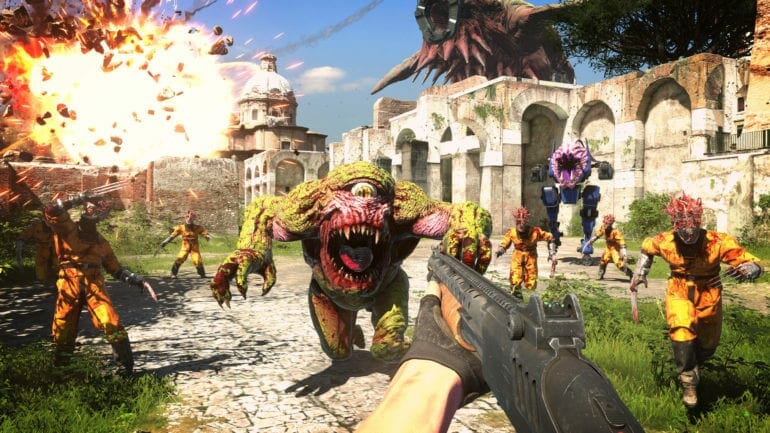 Serious Sam 4 is an upcoming first-person shooter from Croatian studio Croteam and Devolver Digital.  This is the newest entry in the longrunning classic first-person shooting franchise, and it’s coming out later this month. Now, after much wait, the Serious Sam 4 System Requirements have been officially revealed.

The title is also available for pre-order on Steam with a deluxe edition as well. You can read our pre-order guide for it to know if it’s worth the pre-purchase.

To run this game on PC, you need the following specifications

These games are always fairly light on the PC, but it seems with Serious Sam 4, the developers are really pushing the requirements this time around. The minimum requirements are for 720p resolution with 30FPS as the target FPS.

The title also requires 40 GB of free space, and 16 GB of RAM if you are thinking about maxing it out.