According to the PlayStation Taiwan Facebook Page, Death Stranding is headed to the console on 8th November 2019. 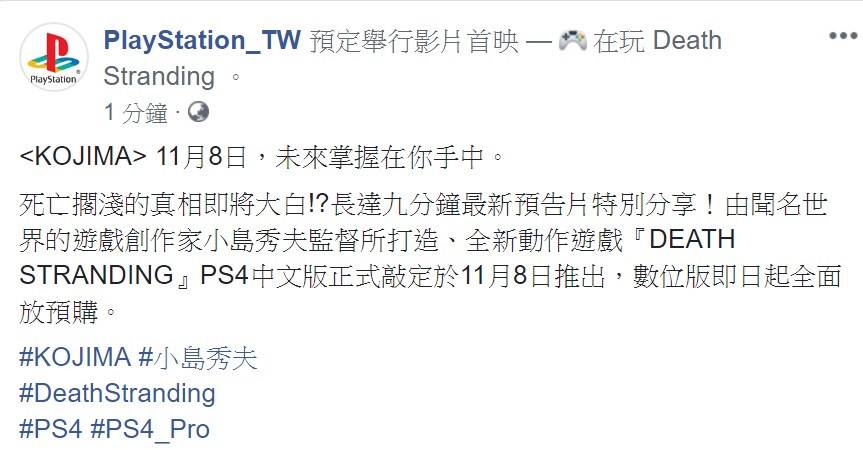 Looks like Death Stranding is about to get announced for a November release. The Last of Us 2 was also planned for fall 2019 but I actually just heard it got bumped to early 2020, possibly February? Either way, wild final year for PS4 https://t.co/wh6kimA73b

The upcoming Kojima game has left people in complete awe with its highly unsettling and at times peculiar trailers and snippets. The suspense surrounding the game is at an all-time high and so one can imagine how people are eager for any bit of news regarding it. Well, it turns out that the game will be available for preorder starting tomorrow. We also have the pre-bonus content details, the screenshot can be seen below. 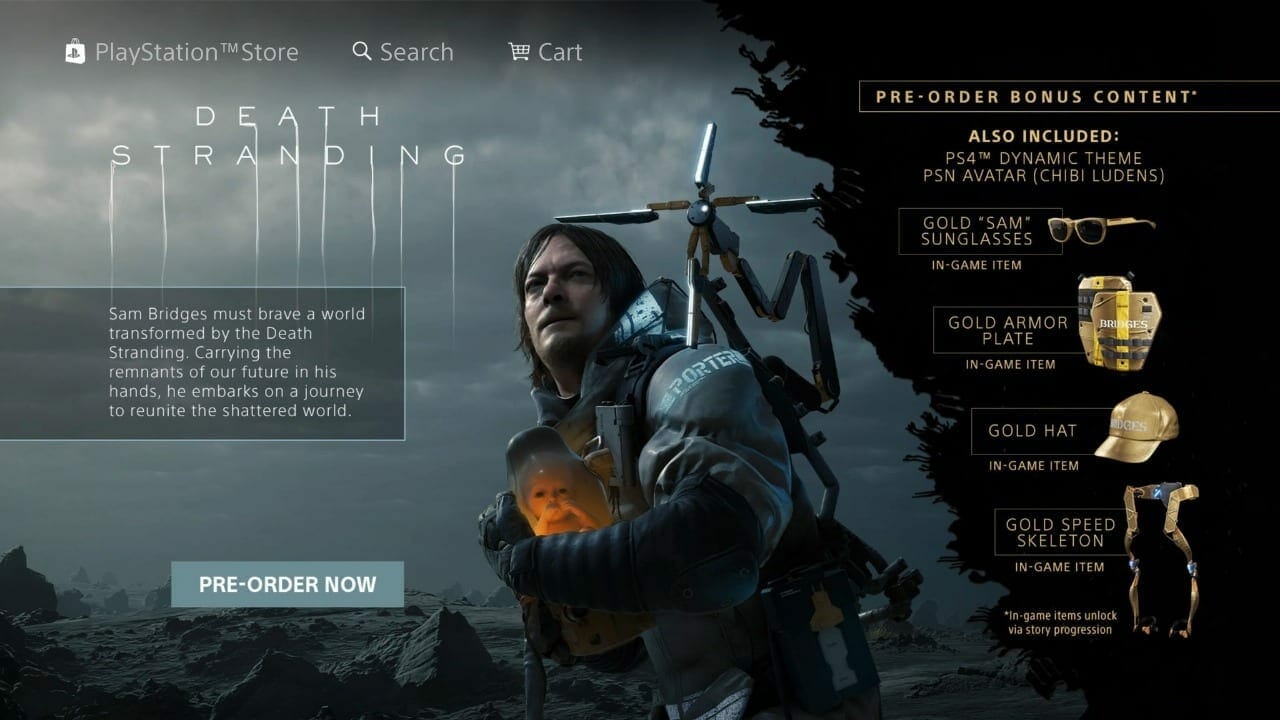 As you can see in the screenshot above the pre-order content will include:

Since we’re close to seeing the trailer for the game, and with the pre-order page going up on PS Store, it’s very likely that the release date will be officially announced as well. One can only hope for even a demo release of the game for fans to try out some part of the game and see what it’s about and to finally experience Kojima’s next project.

What do you think about the Death Stranding release date? Let us know in the comments below and share your thoughts.

A New Key Visual for Anime Series Kochouki: Wakaki Nobunaga has been Revealed

A New Key Visual for Anime Series Kochouki: Wakaki Nobunaga has been Revealed