RUMOR: Darksiders on Nintendo Switch Could Be Coming Soon 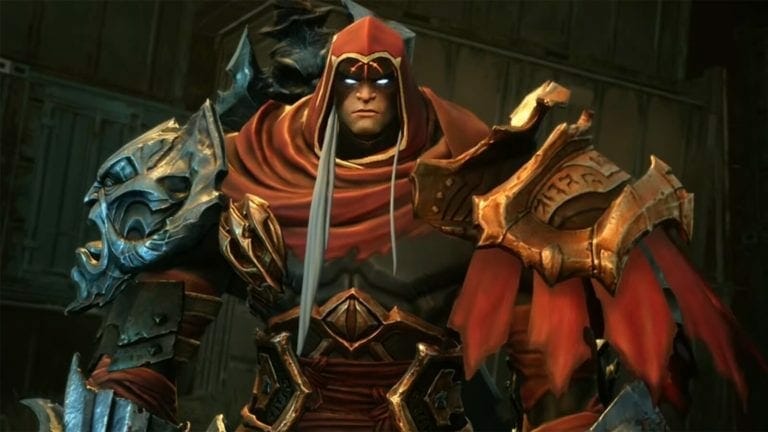 There appears to be some fun twitter banter going on between Darksiders and THQ Nordic twitter handles. Considering Darksiders 1 and 2 have been on the Wii-U it is only a question of when and not if for the game to come on Nintendo’s superior console. Could Darksiders on Nintendo Switch be happening soon? Only time will tell.

Darksiders on Nintendo Switch Is a Homerun For The Series

Darksiders is easily one of the gaming worlds favorite open-world RPG’s to come out in recent years. Starting with Darksiders 1 and Darksiders 2 being developed by Vigil games. It wasn’t until a few years later until Vigil games was disrupted by the THQ shutdown and the series was thought to be lost. It wasn’t until THQ Nordic bought the license to the games and released Darksiders 3 at the end of November 2018.

From our first trailer to our latest game… We can't wait to see what the future has in store for War. #2009vs2019 pic.twitter.com/Isn0vur4w9

Darksiders 2 was a launch title for the Wii-U and Darksiders 1 was re-released on the WIi-U as well, but due to lackluster sales of the Nintendo console, it also translated to poor sales on a Nintendo console. We have seen in recent times that Nintendo has made a hobby of porting popular Wii-U games back to the Nintendo Switch with the most recent example being Super Mario Bros U Deluxe. 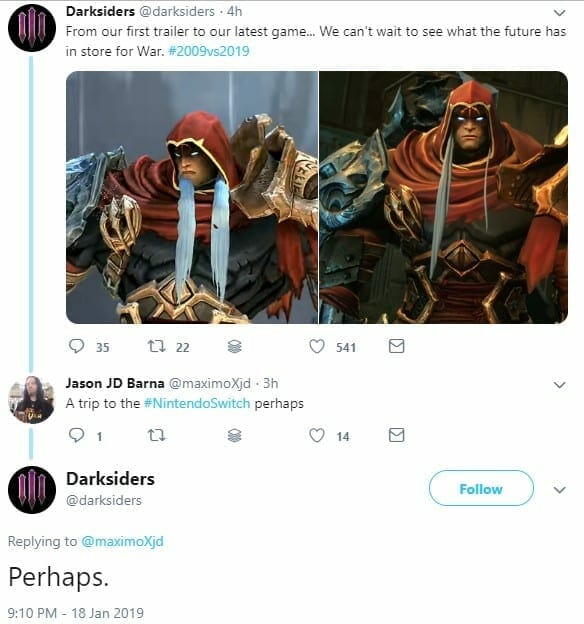 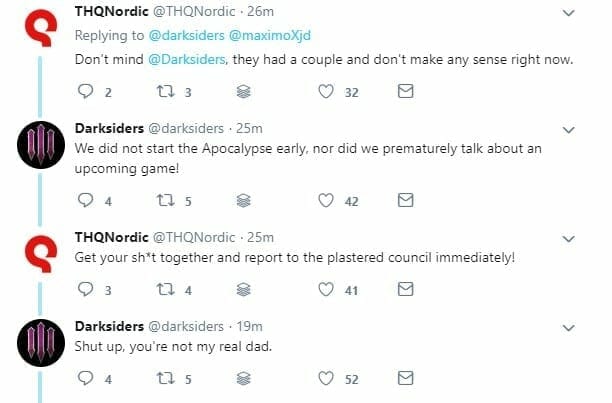 Will Darksiders come to the Nintendo Switch?

While Darksiders is by no means of the imagination a Nintendo IP, the console has already reached nearly 20 Million sales, which was last recorded in 2018. It is easily reason enough for the developer to release the 2 original Wii-U games on the Nintendo Switch and with enough persuasion, maybe seal the deal by making it a trilogy pack?

As we have mentioned before, the games have a history of being on Nintendo Consoles and while we can’t really hold our hopes up for a Darksiders 3 port on the Nintendo Switch, we can definitely hope for Darksiders 1 and 2 as we know those games were capable of running on the Wii-U.

We can only hope that THQ Nordic and Nintendo reach some sort of deal to release the game on the console, but we are going to have to be very patient and wait.

Would you like to see the series on the Nintendo Switch? Let us know in the comments section below. 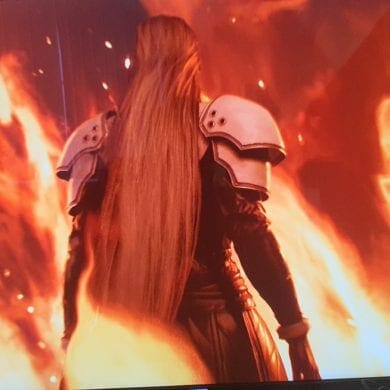