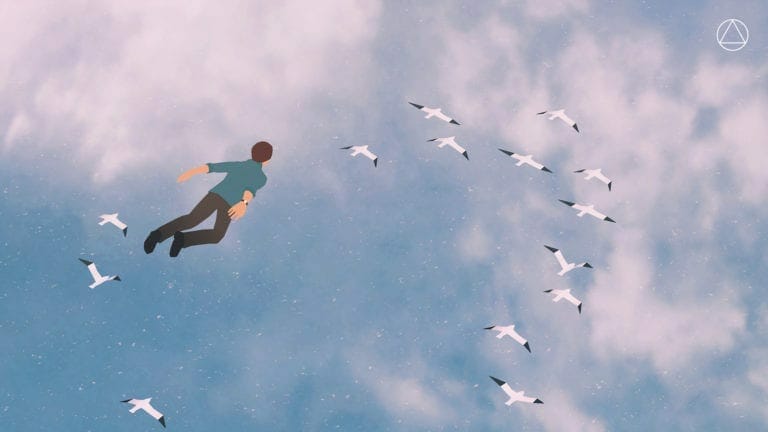 Radiant One is a narrative-driven adventure published and developed by Independent Studio Fntastic, previously known for DEAD DOZEN Escape. Radiant One takes the idea of lucid dreaming quite literally and takes players on a visual journey driven by an interesting story accompanied by some stellar music.

To really understand Radiant One, players need to be made aware that this game is quite short, the word short is even used in the description of the game because it really is, you can finish the game in roughly 30 minutes and there’s a good chance you’ll find everything the game has to offer in your first go with it. To talk about the story in detail would be basically spoiling the entire game for you, but to give you an idea of what it is about, Radiant One follows the story of Daniel, who is trying to escape social media and the general monotony of life by experimenting with Lucid dreaming. 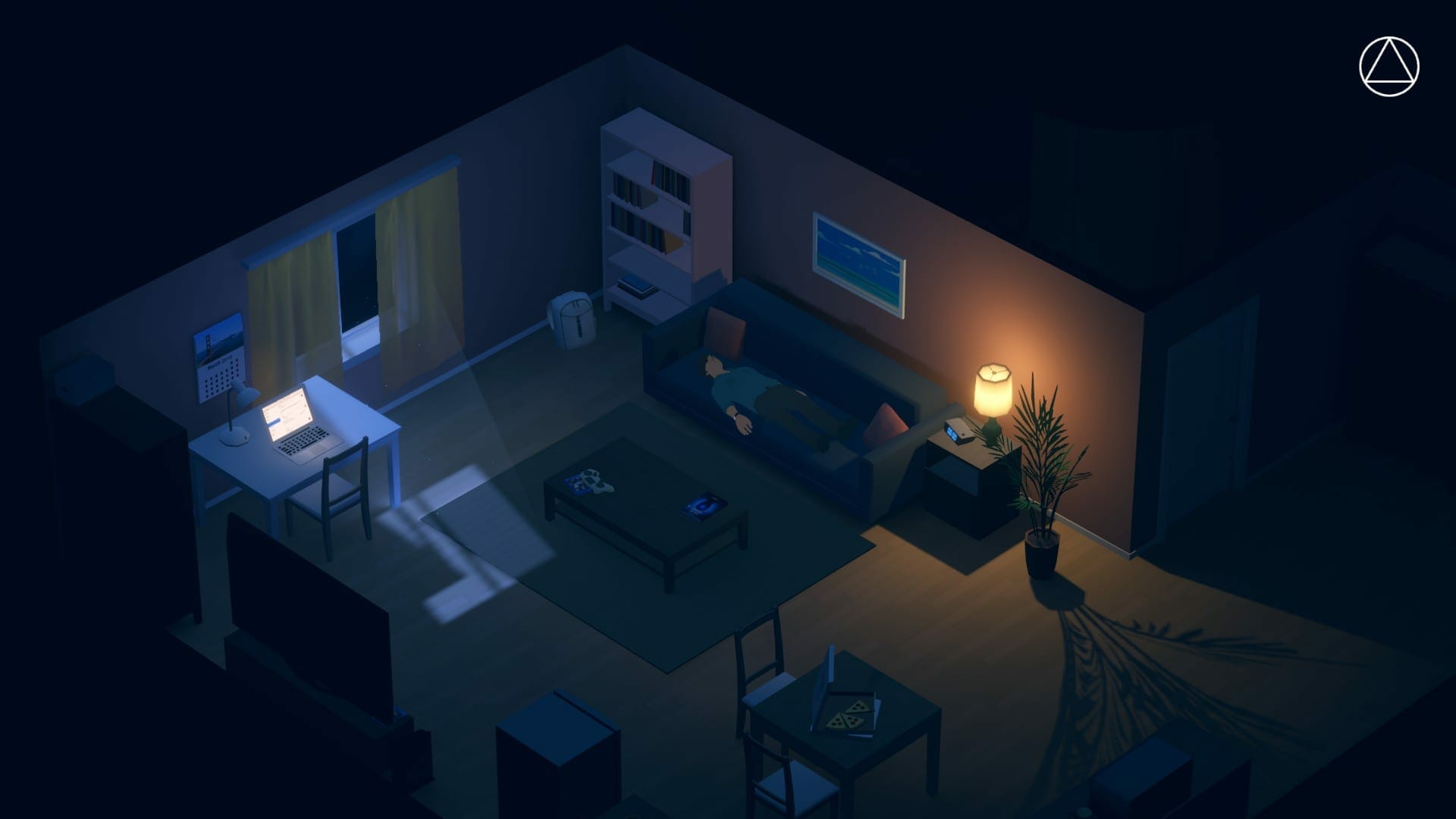 Daniel is successful in experiencing this phenomenon by researching it from a book and practice, while he is successful in inducing lucid dreams, they don’t come without their consequences and side effects, which include cloaked figures trying to harm him during this said Lucid Dream. That’s all I can honestly say about the story of the game, because even what I’ve told you so far takes up a big chunk out of the already short story.

With any narrative-driven video game, it’s important to talk about the dialogue of the game, because it is for a fact, more often than not, the main motivator for a player to go on with a game that already has a very minimal gameplay structure, sadly, this isn’t where this game shines and it’s a shame because this game relies on this aspect quite heavily. 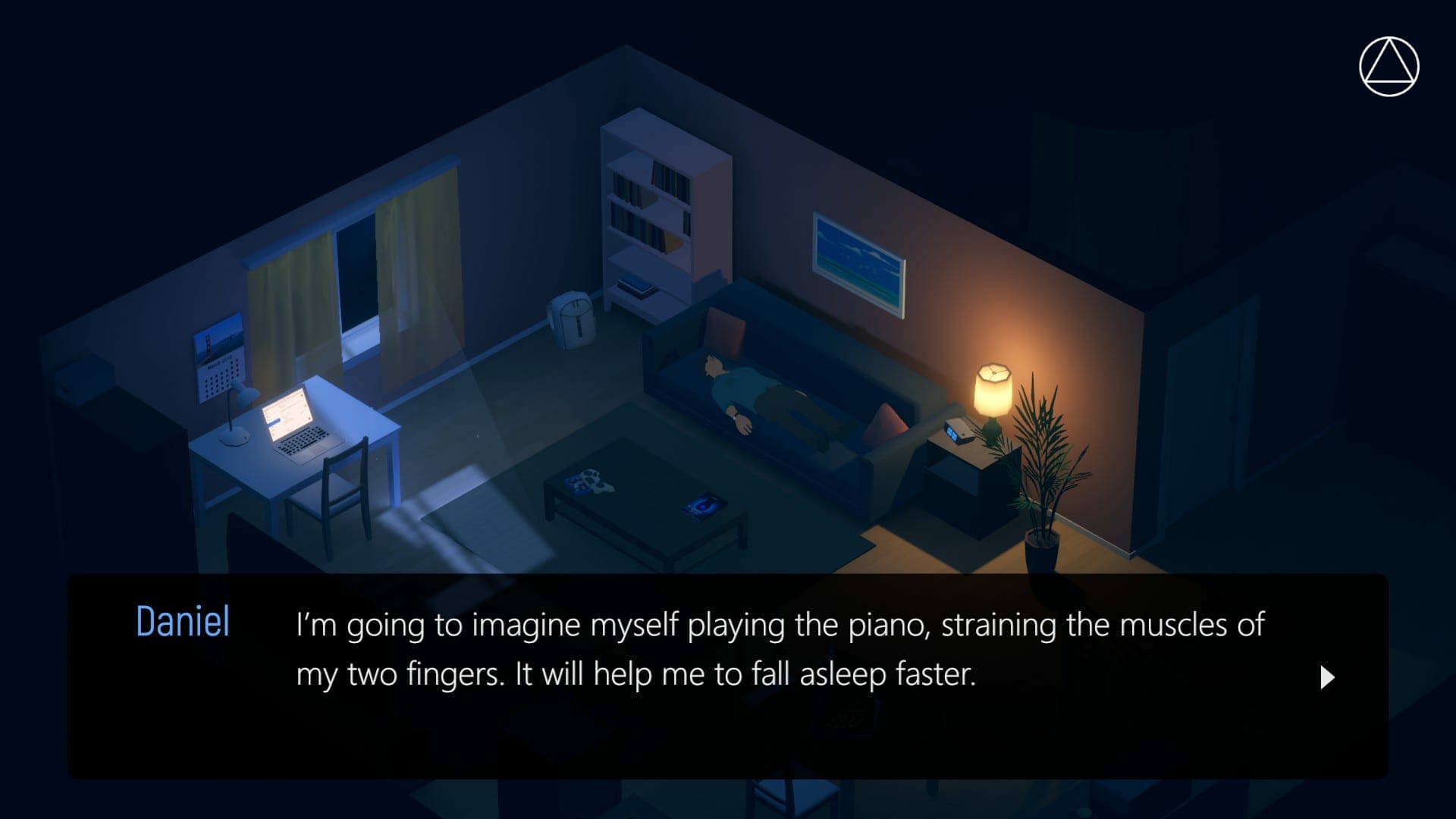 The writing itself is quite bland and lacks any real emotion and since there is no voice acting in this game, there is no sense of dialogue delivery and based on the text itself, it becomes extremely obnoxious how Daniel recites out everything that is going on, even the most obvious things, he has to comment on what he’s feeling, doing and leaves nothing for the player to actually think or reflect upon. This makes Daniel a very uninteresting character and nothing about him other than his tendency to recite out everything serves as a character-defining element.

As it is with narrative-driven games, there is a clear lack of gameplay mechanics, and while some games don’t necessarily rely on these, often these take you out of the game and ruin your immersion that has been set up by the narrative elements of the game, fortunately for Radiant One and it’s simplistic gameplay design, there isn’t a big issue. 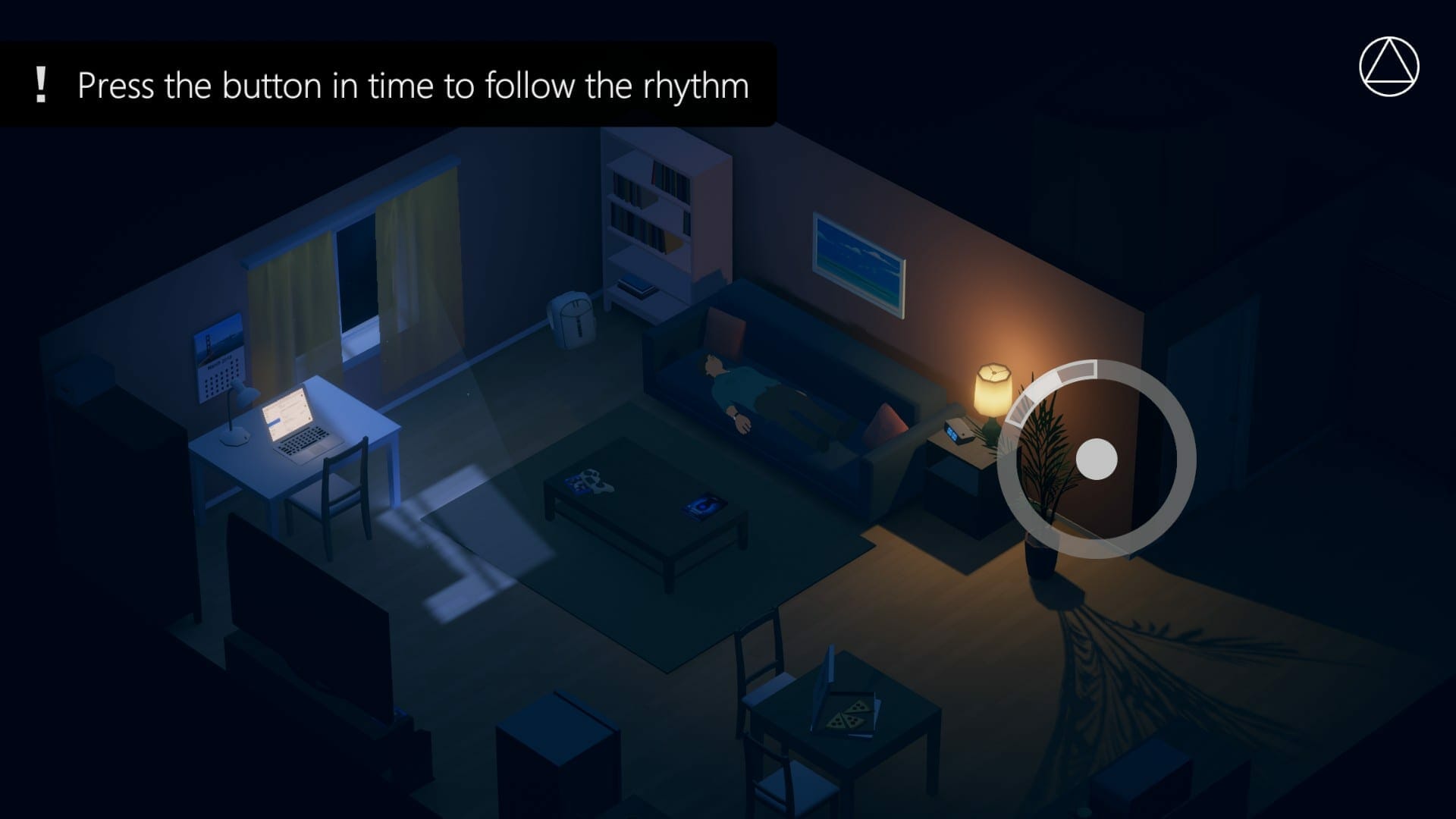 Gameplay instructions are clear and easily understandable with visuals hints for the player to grasp, the game is played entirely with your mouse, you can click at points for Daniel to walk to, you can interact with various objects in the environments in the rooms Daniel is in, like opening the door, reading a book, turning on the TV or just sitting on the sofa. 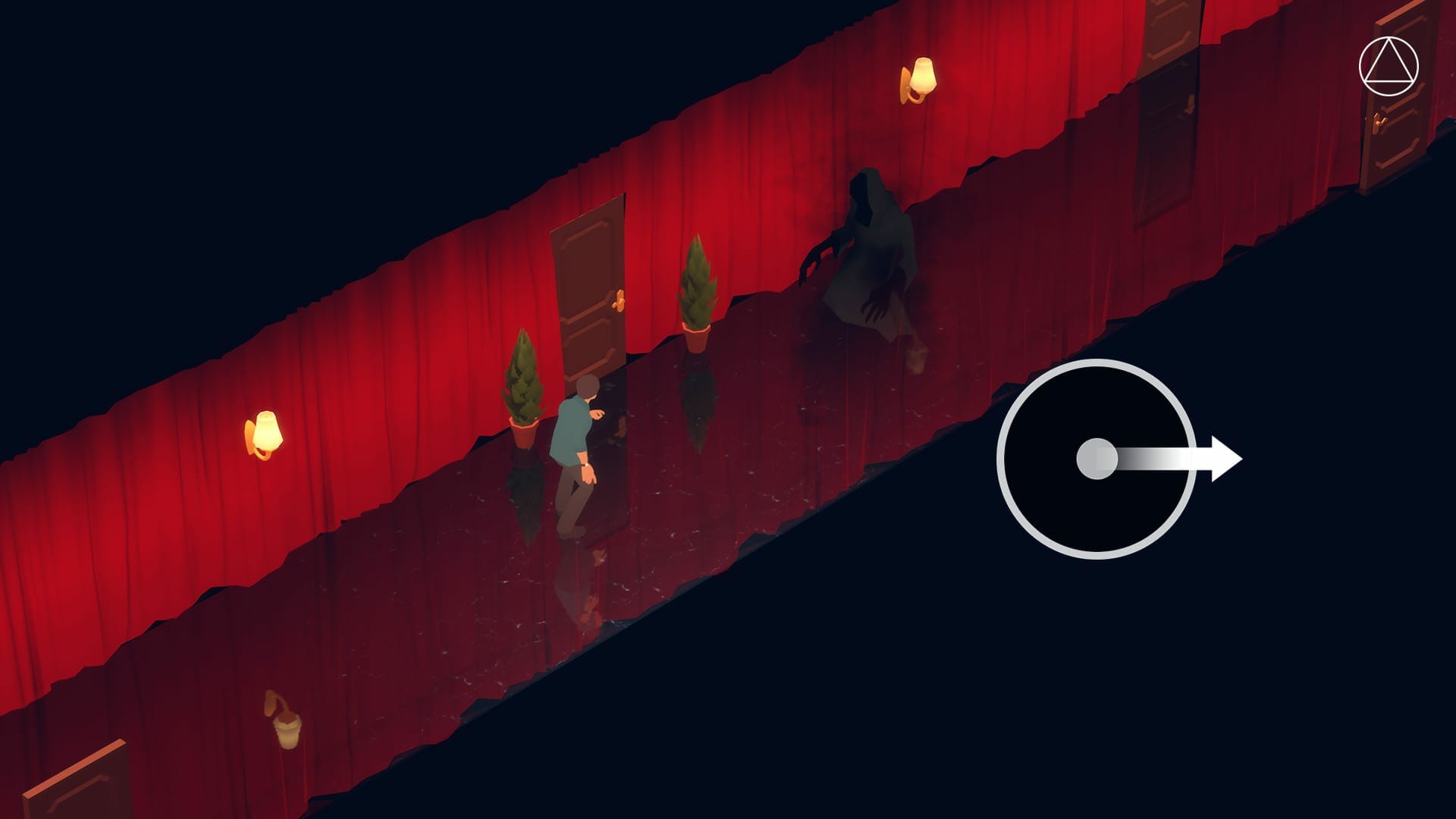 It’s hard to criticize something like this due to the nature of the game itself and what it’s set out to do, but it should be stated that while there is an obvious lack of gameplay mechanics here, many narrative-based games incorporate these elements in a much more interactive way rather than blatantly having them show up on screen. and I wish there were more things to interact with or somehow incorporate the use of the keyboard as well.

This is the main takeaway of the game, the visuals are pretty decent, the color tones and dreamlike environments are quite good to look at and they give the otherwise dull writing of the game a vibrant look. While obviously, the graphics are simplistic in design, but the usage is quite well done, especially the lighting in every room, there’s a very real sense of detachment in Daniel’s apartment, a very mystical Lynchian tone felt in the hallways and a very gradual and organic change in scenery as Daniel starts to move between dreams and reality. 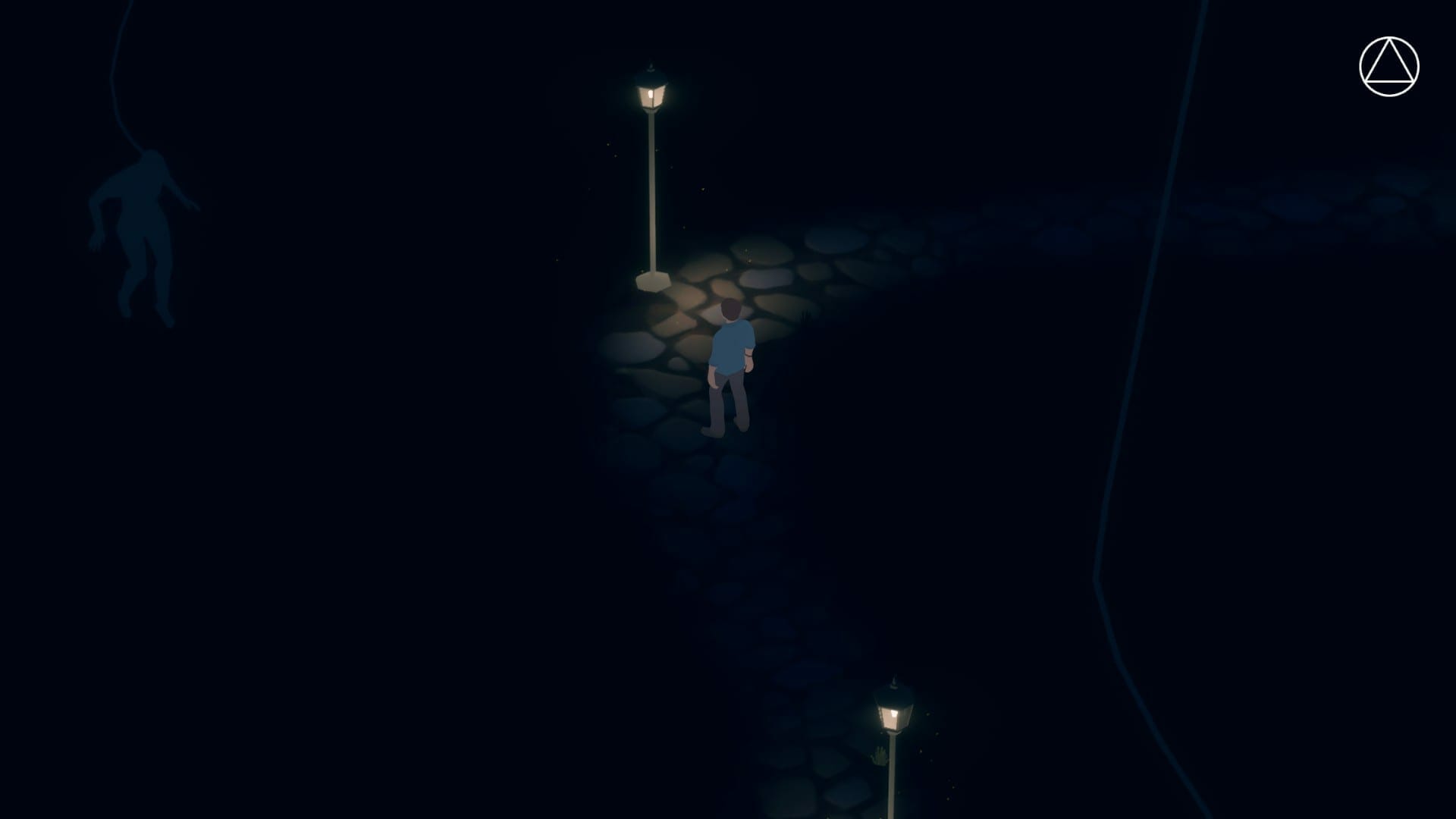 This is all accompanied by a mellow but consistent soundtrack that fits the mood of each area quite cleverly, there is a natural change in the music whenever something ominous is about to happen or if there is something to reflect on from the past, or just the music blending in with rainfall serves as a well-structured sound design.

The level design itself is again, very simplistic, there are no actual labyrinths even if the game makes you think there are, but each room is detailed enough to express a real sense of space and everything feels like how it should be. I’d like to express that many narrative games often reliance on clever narrative gimmicks, Radiant One has a clear understanding of how detailed and relative its environments are supposed to be.

The game is currently at a price of $5 and if you think a 30 mins experience is good enough and have some interest in lucid dreams, give it a go or just wait for it to go on sale and grabs it for a single sitting only. I would like to see what Fntastic can offer in the future and their creative sense is in the right direction. 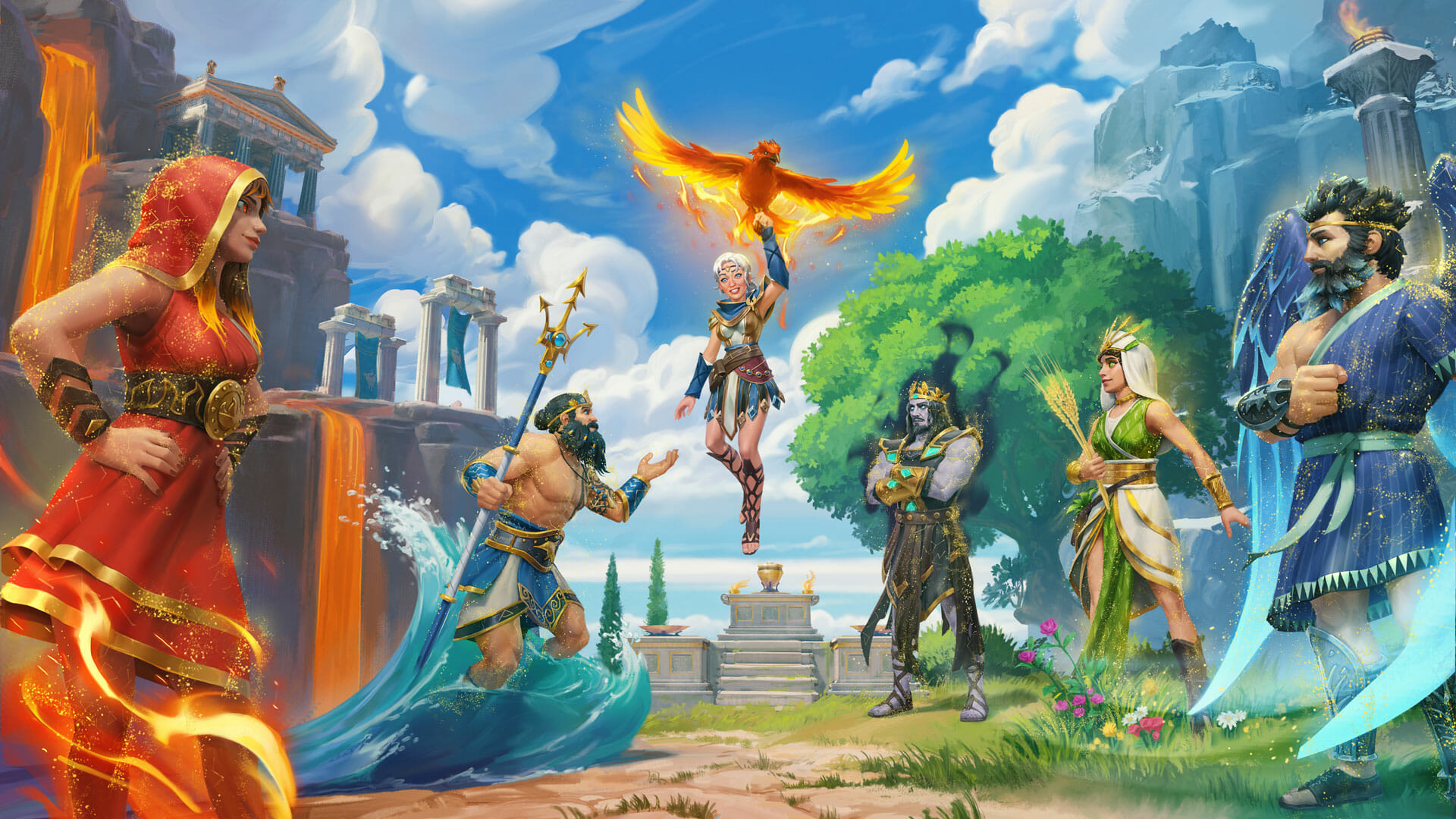