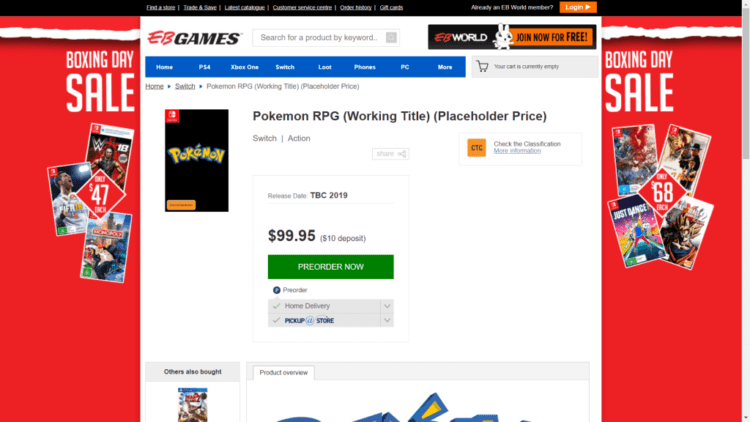 After the recent release of Pokemon Ultra Sun and Ultra Moon was called the final installments of the series on the 3DS – Nintendo has just made another leap into expanding their universe. Pokemon RPG for Nintendo Switch listed on EBGames.

What started off as a tease during this year’s E3 has slowly begun taking form as a new Pokemon core title for the Nintendo Switch. 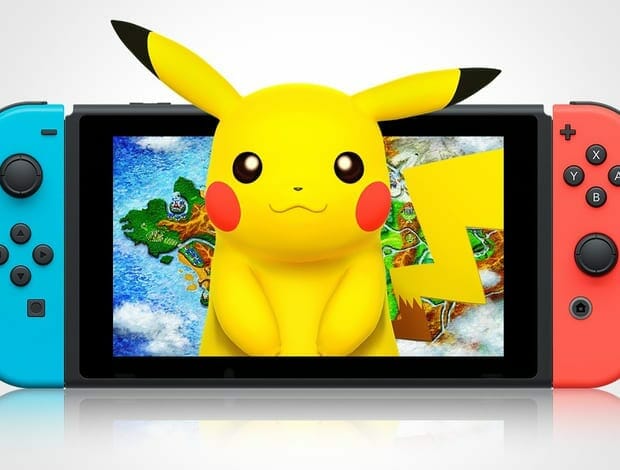 “It may not release for more than a year,”  Tsunekazu Ishihara, President and CEO of the Pokemon Company, teased, “but we’ll hope you look forward to it all the same.”

Fans of the series have been eagerly anticipating the news; when it was first announced, many believed they would see the release of the long rumored Pokemon Stars. Stars is thought of to be many things – a look into Lillie’s Kantonian adventure, a flashforward to a Gladion-run Aether Foundation, a fully-gentrified Elite Four run by Professor Kukui.

Flames of the Stars fire were only stroked more when data-mines of the latest game were conducted. Miners found HD sprites of all 806 Pokemon and walking animations, similar to how a buddy will travel behind you in Pokemon HeartGold and SoulSilver. Both of these pieces in addition to the fact that Pokemon has never released a core title on a home console concludes that the upcoming Switch game will have ties to the Alola Region.

Ishihara himself spoke of this new challenge in an interview with Bloomberg: “As a result, that makes it an extremely important platform. Right now we’re using 7 to 8 inch screens, but on a high-definition TV you can express a whole different world with graphics and sound.” 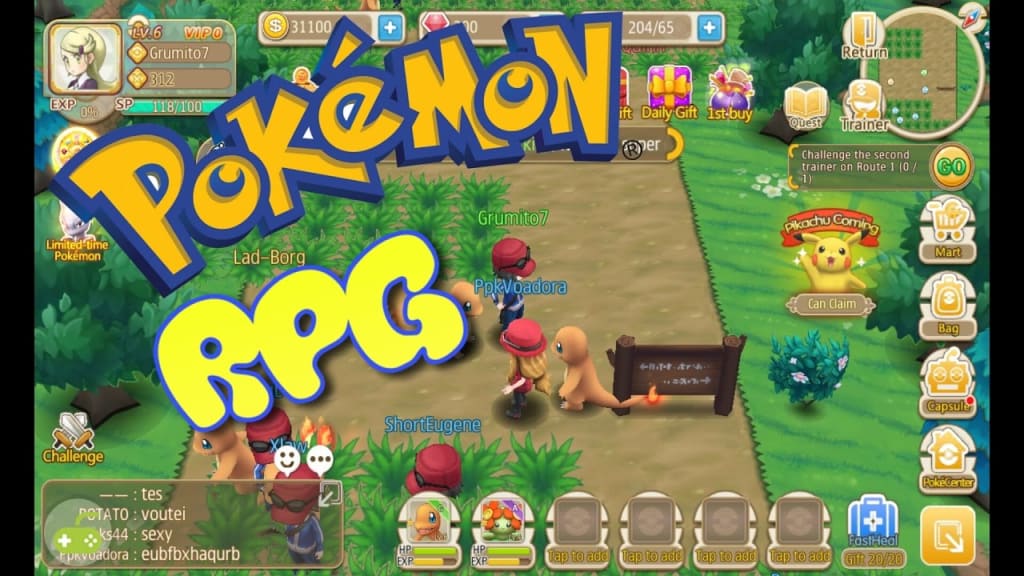 Sadly, all we can do is wait for Pokemon RPG for Nintendo Switch. But if your collecting itch is not scratched by this news, Pokemon still has some updates for Ultra Sun and Ultra Moon players. PokeBank, the long-standing storage and teaching service, has finally been given connectivity to the latest game. Players can transfer Pokemon from previous titles through time and bring them to the Alola battleground. And if the promise of the Switch’s simple multiplayer function stays, perhaps their journey may continue to your TV screen.