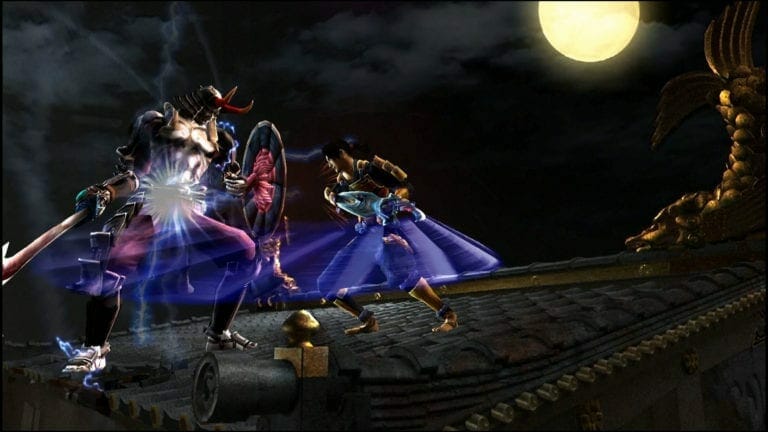 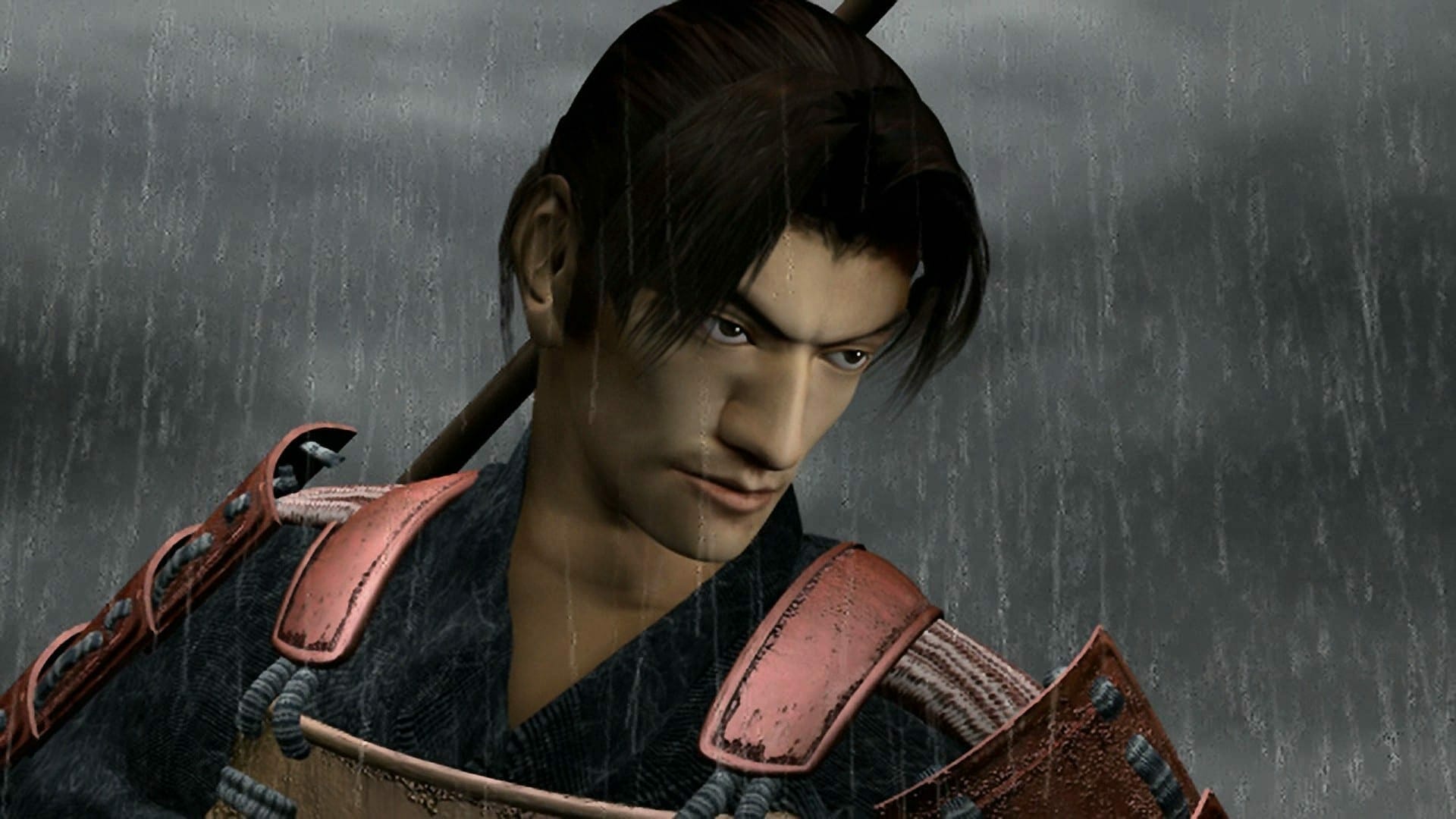 Before we go into the detail of each aspect and how well it holds up, a little context is absolutely essential for a title like this to be critiqued. Onimusha Warlords originally came out on PS2 in 2001. Yes, that means that this is the remaster of a game that came out 18 years ago, and that comes with some obvious things that one wouldn’t expect from a modern action game. While we will be critical of what the game set out to do, some aspects of it will be judged contextually from its original release.

The plot of Onimusha Warlords revolves around a masterless warrior known as Samanosuke Akechi, who is exceptionally skilled in the way of the sword, and his quest to save Princess Yuki from demonic forces that have sinister plans for her, and on this quest to retrieve her, Samanosuke faces plenty of enemies including various demonic creatures known as Oni. 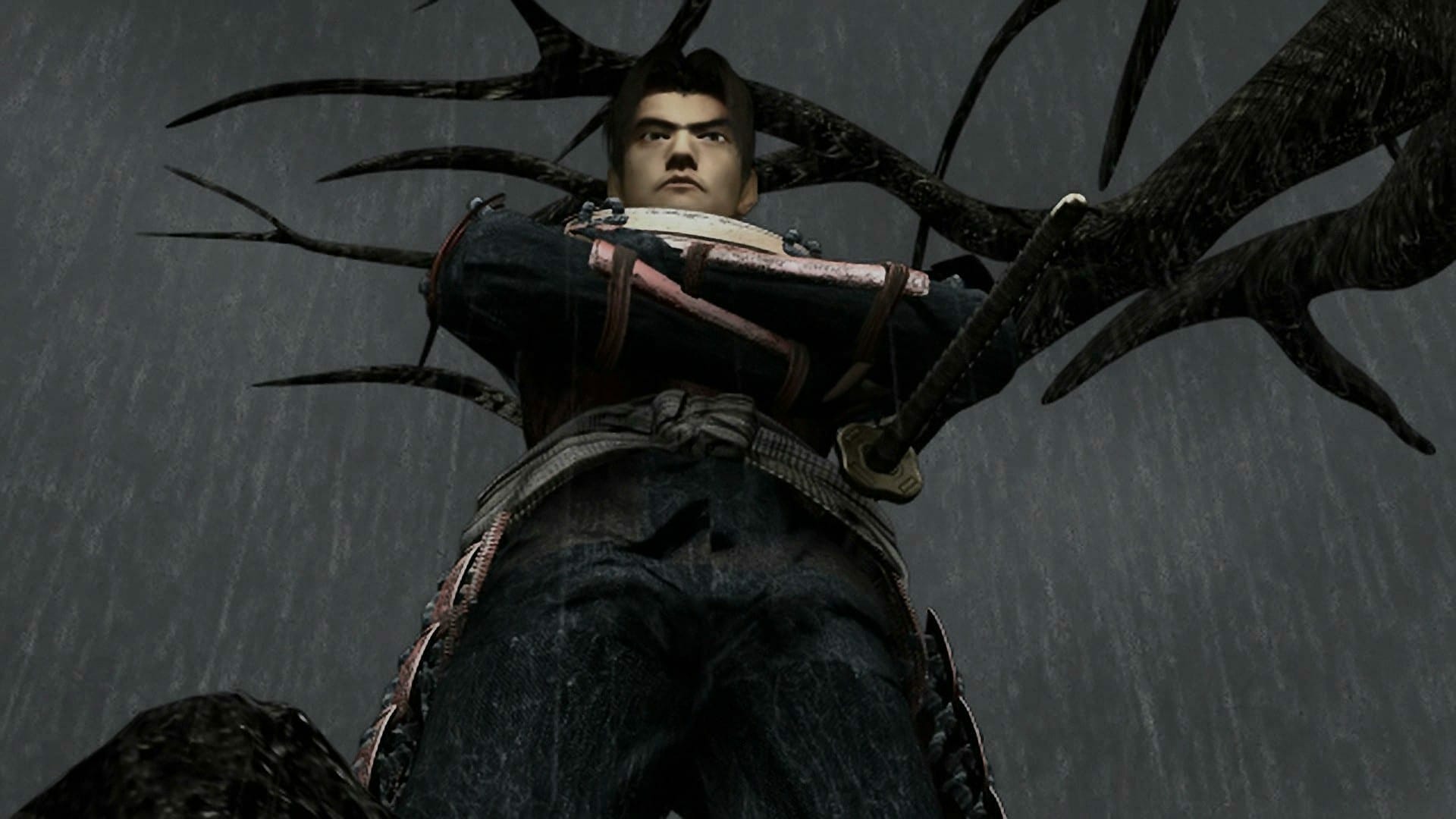 Samanosuke is aided by a clan of Ogres that have chosen him to put an end to this demonic invasion, by granting him the Oni Gauntlet, that plays a key part in the gameplay, by allowing Samanosuke to use magical powers that compliment his main weapons. 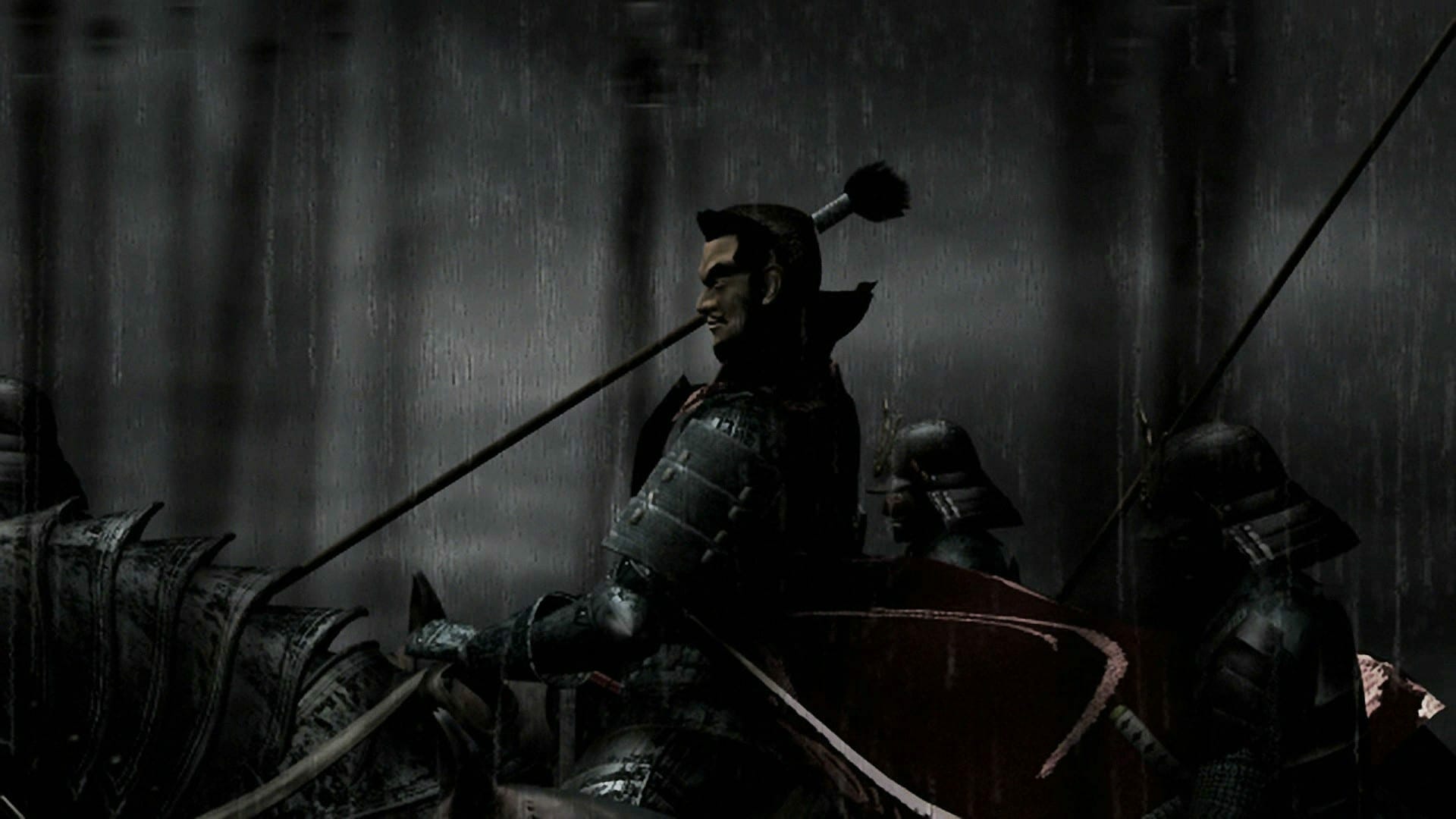 What’s so special about this plot is that while our central focus is Samanosuke and his quest to rescue Yuki, this is only a part of the overarching plot, that is centered around Nobunaga’s apparent death in the excellent cinematic that the game starts with. Nobunaga wants to take over Japan, and ultimately the world, by using whatever means necessary. And because of his lust for power, the demonic entities have noticed him and aid him in his tyrannic quest.

While the plot itself is quite intriguing, the game does fall short when it comes to the writing, and general voice acting. Whether it is due to the original text being lost in translation or CAPCOM’s priority at the time, Onimusha suffers from something all early CAPCOM games did in the writing department, which was never up to standards with what other games at the time like Metal Gear Solid had. 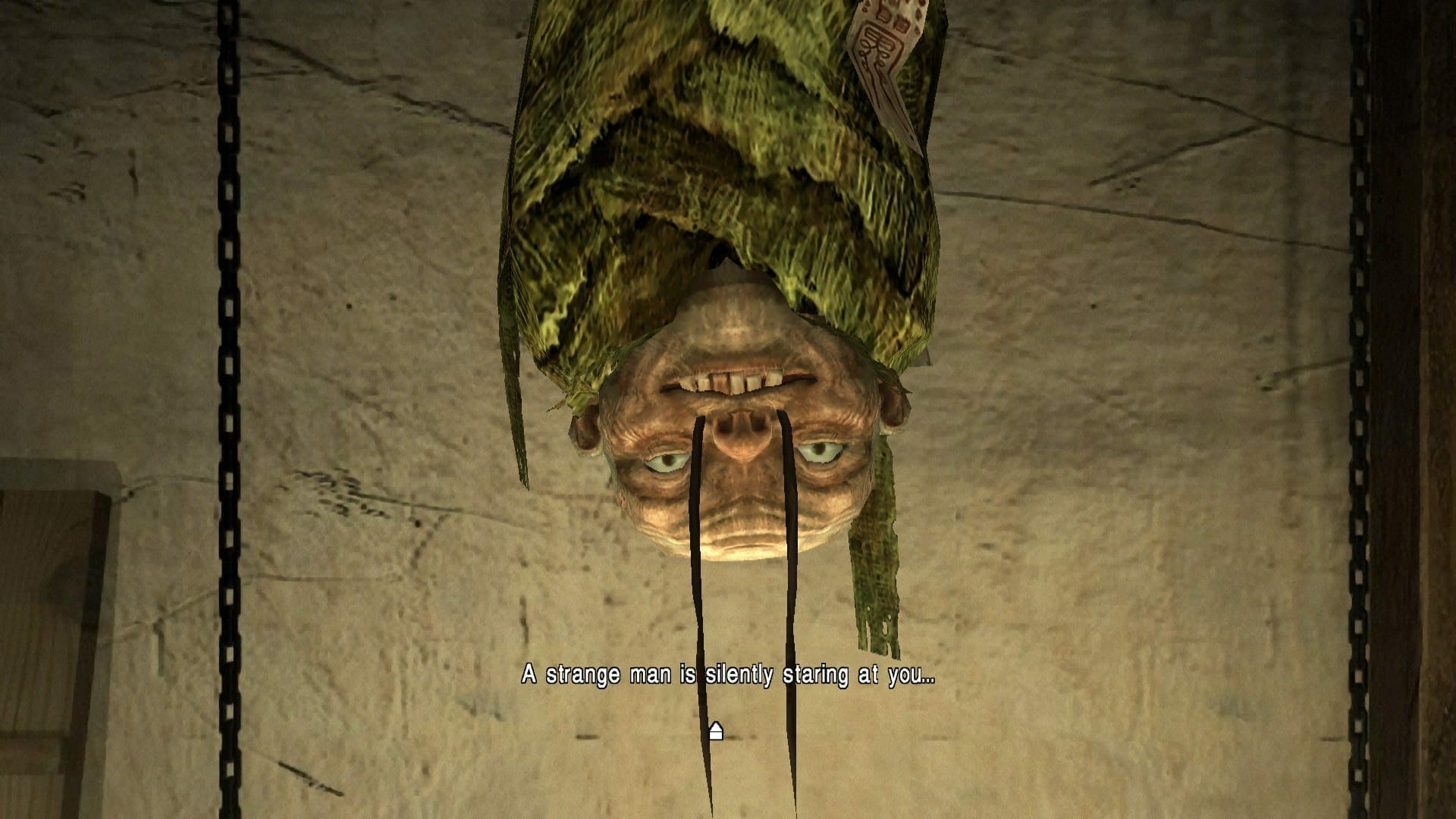 But while the writing suffers, it doesn’t take away from the overall experience of the game and delivers a satisfying tale of Samanosuke and his companions, as they battle through hordes of demons, and solve some cleverly designed puzzles.

This is where the game truly shines, and to this day, a game that is 18 years old, still holds up fairly well, thanks to some gameplay tweaks in the general movement, as well as adding the analog stick support. Cutting your way through enemies is still satisfying as it was back when the game came out in 2001. 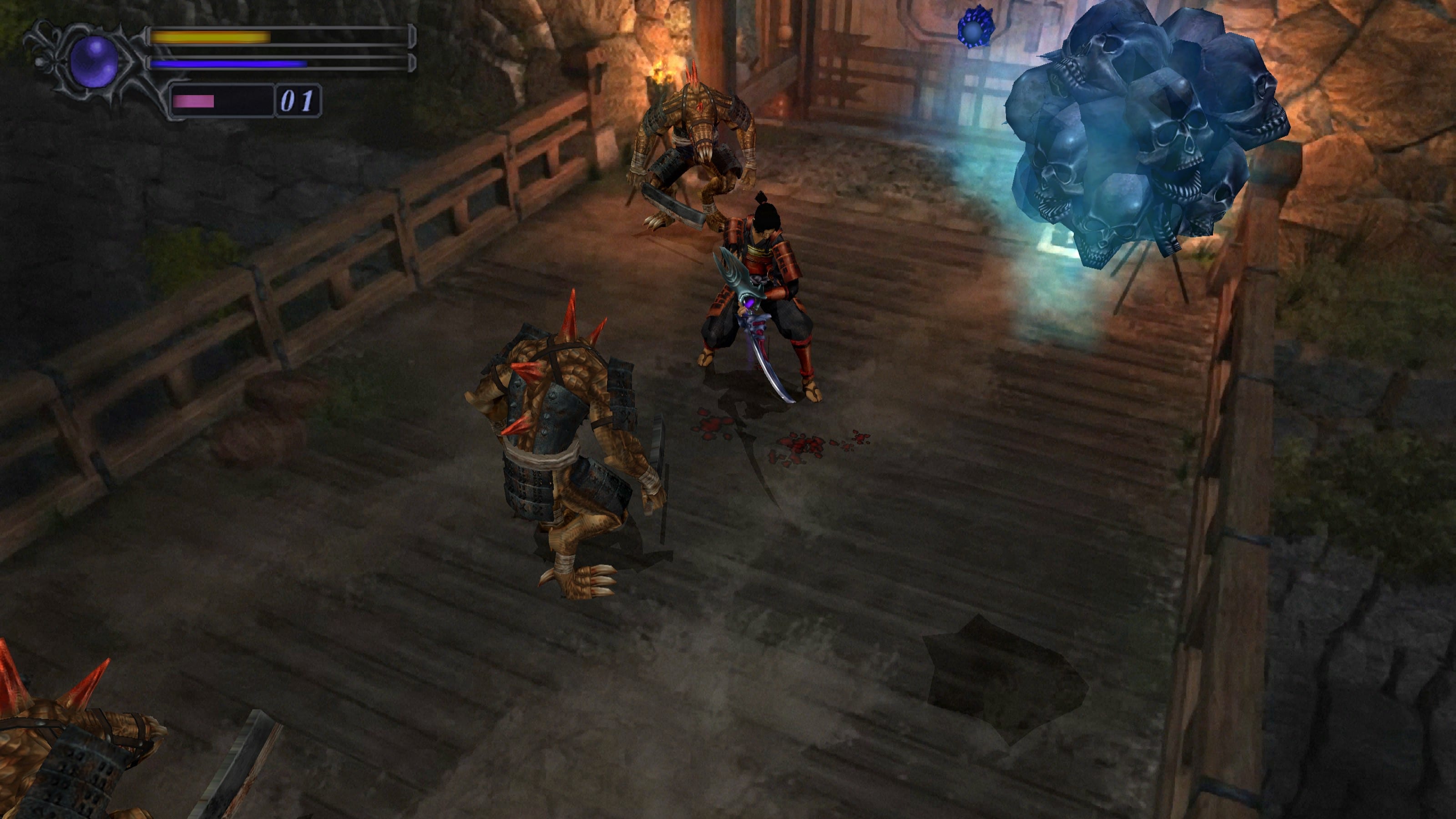 Essentially, you have one attack button, one block button, and one special attack button. On my Xbox One controller, the X button is used for attacking, the Y button is used for the special attack, and LB is used for blocking. You can tap your attack button continuously to chain attacks, and combine it with your Y button to create a special finisher as well. Killing any demonic enemy will give you souls, which serve as your main points, that are of three types, the red ones let you upgrade your equipment, the yellow ones give you health, and the blue ones give you magic points.

Unlike other games of the time, acquiring these points require you to quickly move through them, while in Onimusha, you have to absorb these souls with your Oni Gauntlet, by holding B, which is a pretty unique feature and one that carries over in the franchise.

The combat is satisfying. Each sword strike feels like it has weight, and you can clearly see how modern Souls games have been influenced by this. The game isn’t flashy or arcady like Hack n slash games but has a more strategic and elegant approach to how it treats general combat, and surprisingly, it’s still fun. 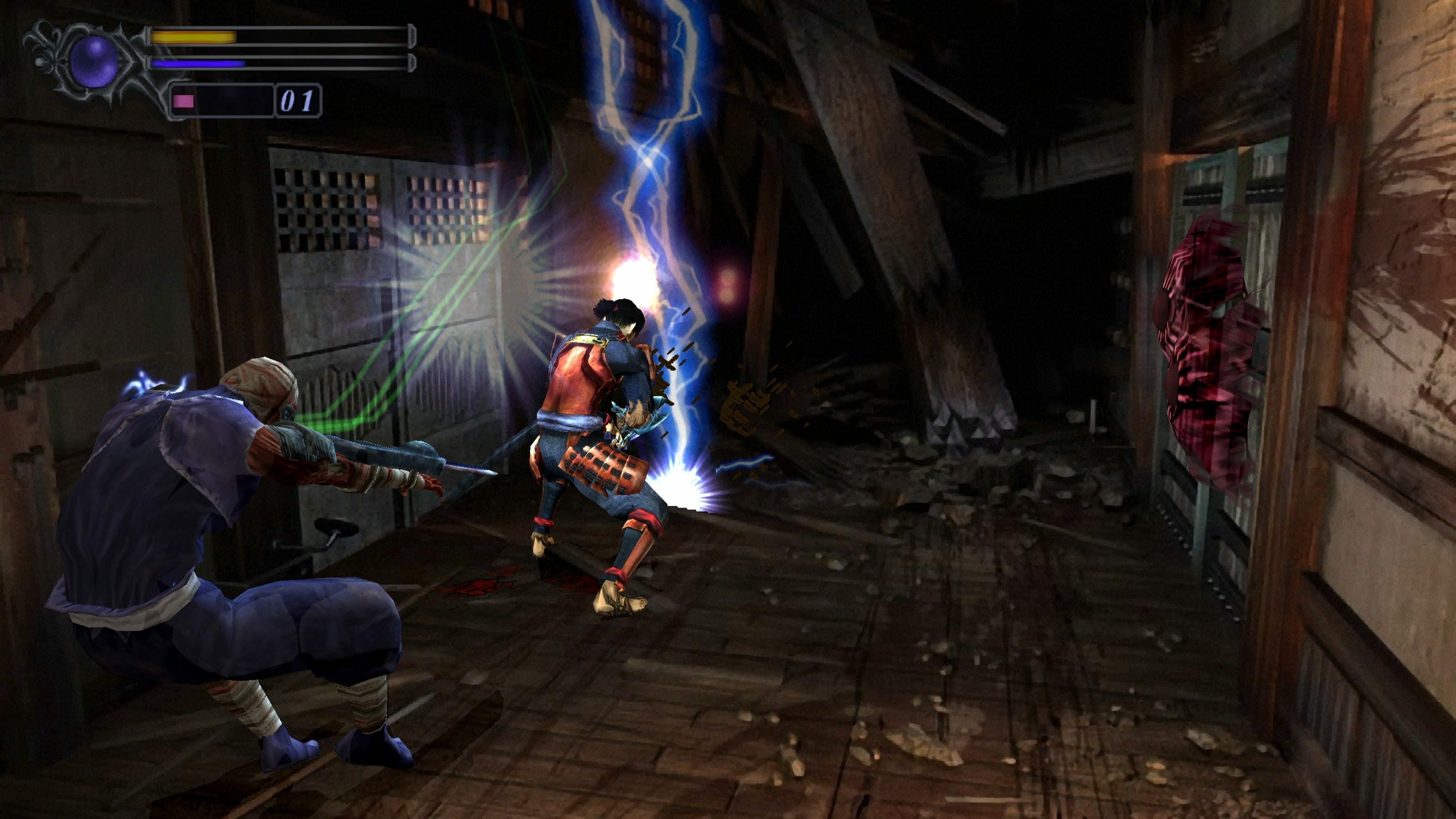 You have a finishing move as well, when you down an enemy, pressing the attack button, will allow Samanosuke to thrust his weapon into the chest of the downed enemy, creating a blood spray, which is a nice touch, both visually and realistically. Inventory management is similar to Resident Evil’s, and you even have access to the classic “Green Herb”, and of course you can combine it with other items to make it better. 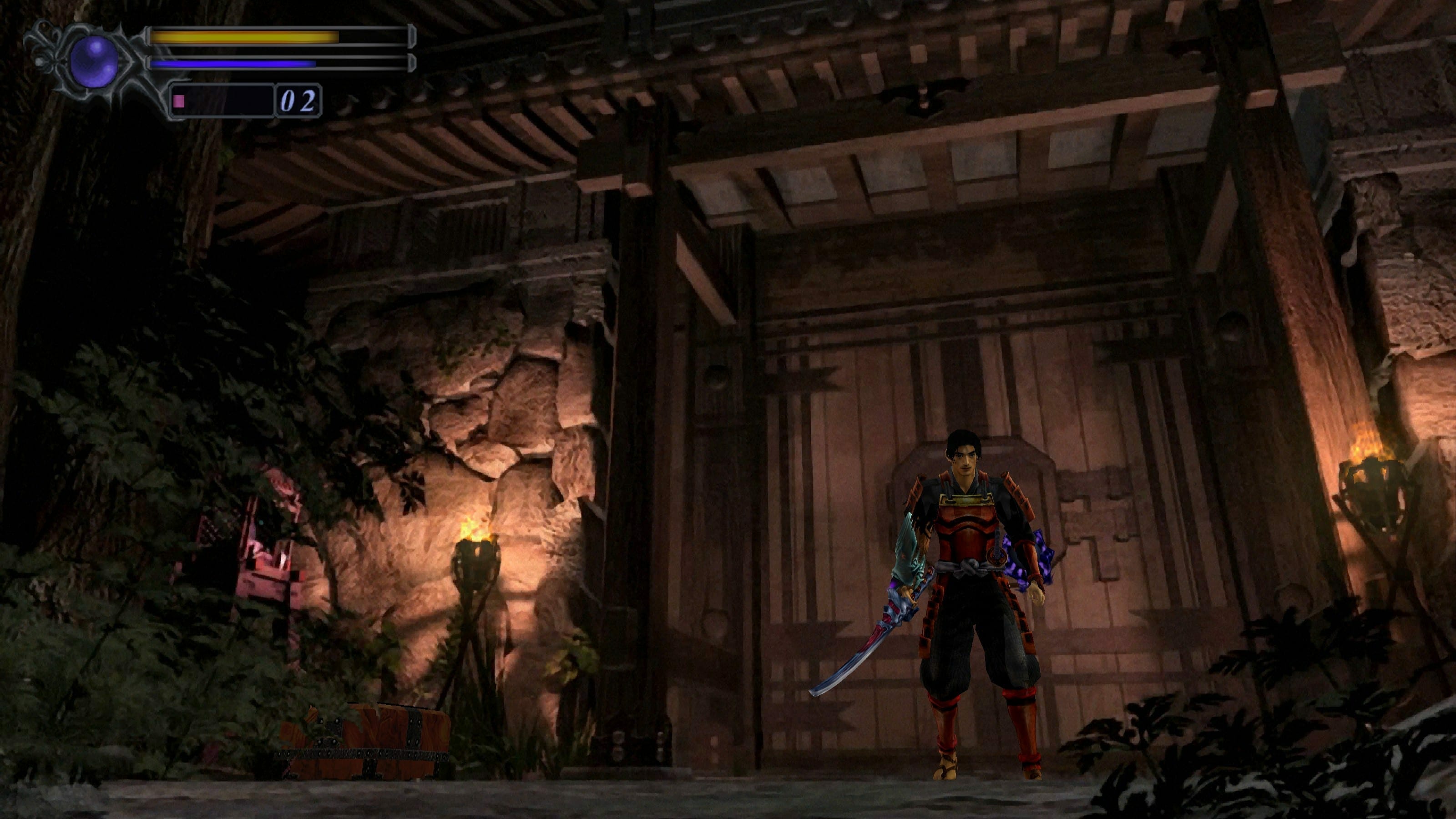 Speaking of inventory, you’ll be given access to various swords that have different movesets, and different complementing magic attacks. You can use your Souls to upgrade these allowing you to increase the damage of both the regular and special attacks, some doors won’t be accessible until you have your certain items upgraded. Other than that, you’ll have to make sure to explore areas to find key items that are required to access different areas, like rope ladders and such. There are also ranged weapons including a Bow that automatically locks on to enemies when you press LT. 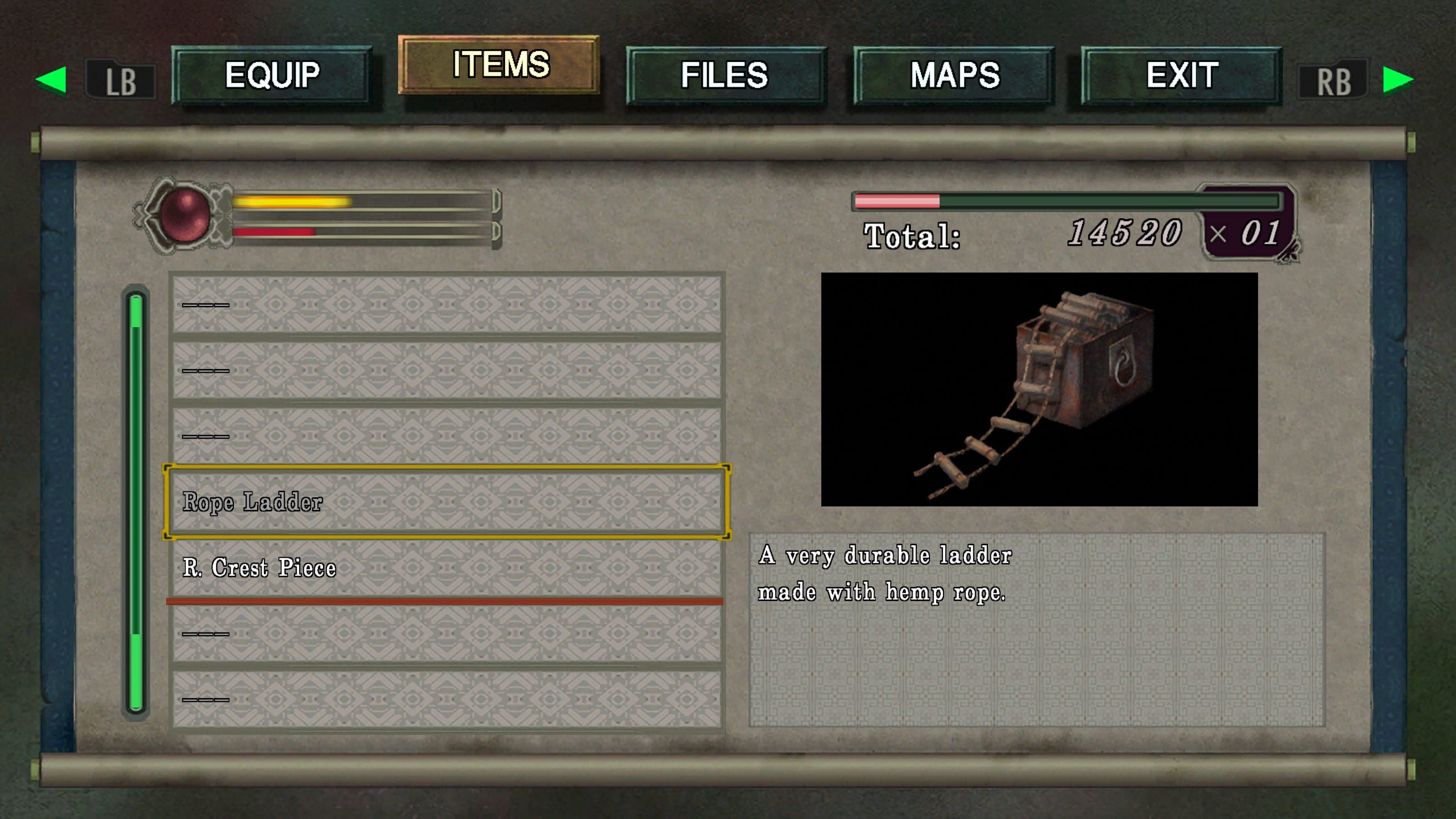 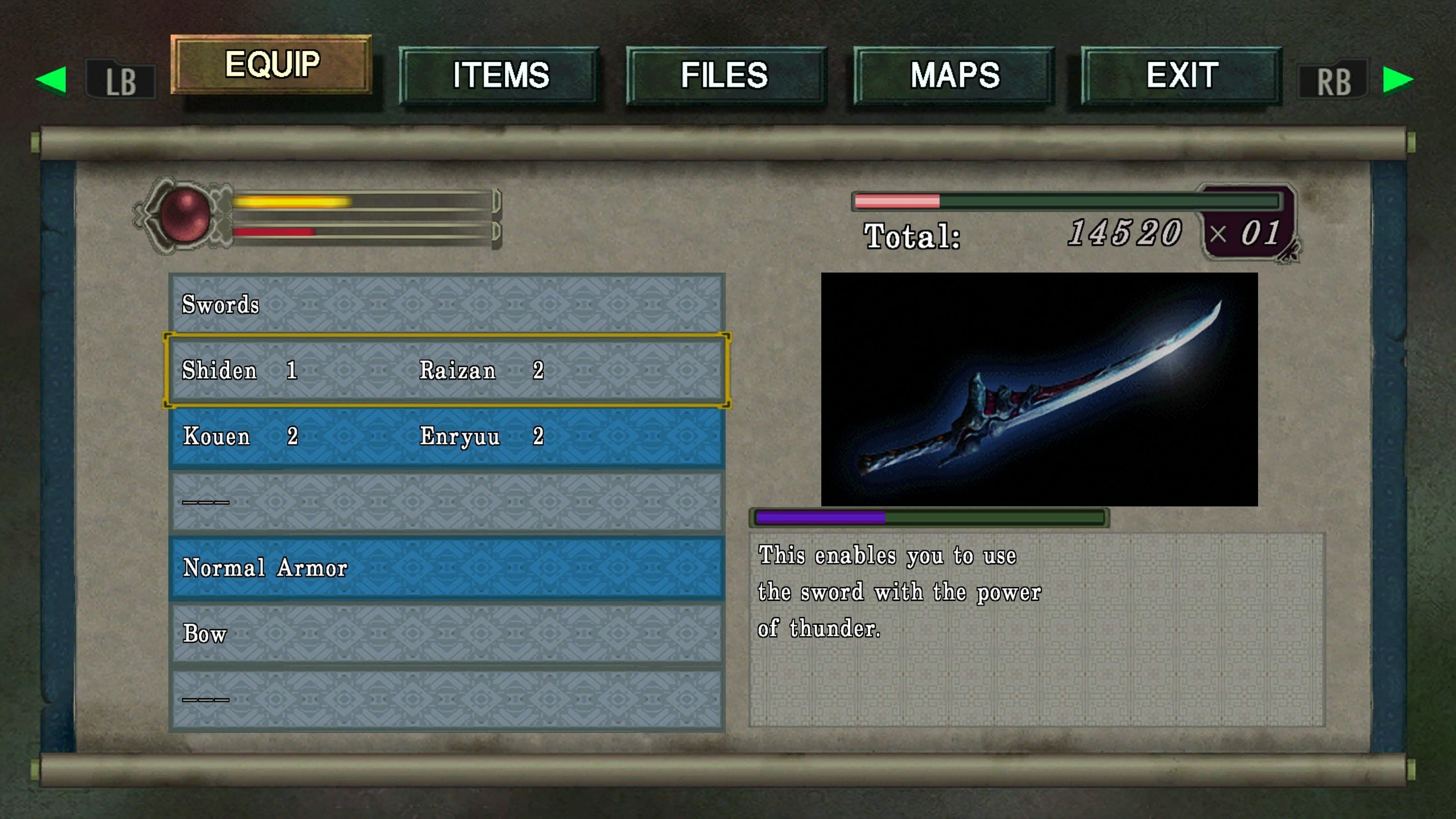 Boss fights are thoroughly entertaining, with enough banter and gameplay variation to make them memorable. The actual fights are generally easy, and only require you to get out of the way while they attack, and you can move in to attack them without any real problem. You can also use your block button pretty much blocks almost every attack in this game, in any direction easily. 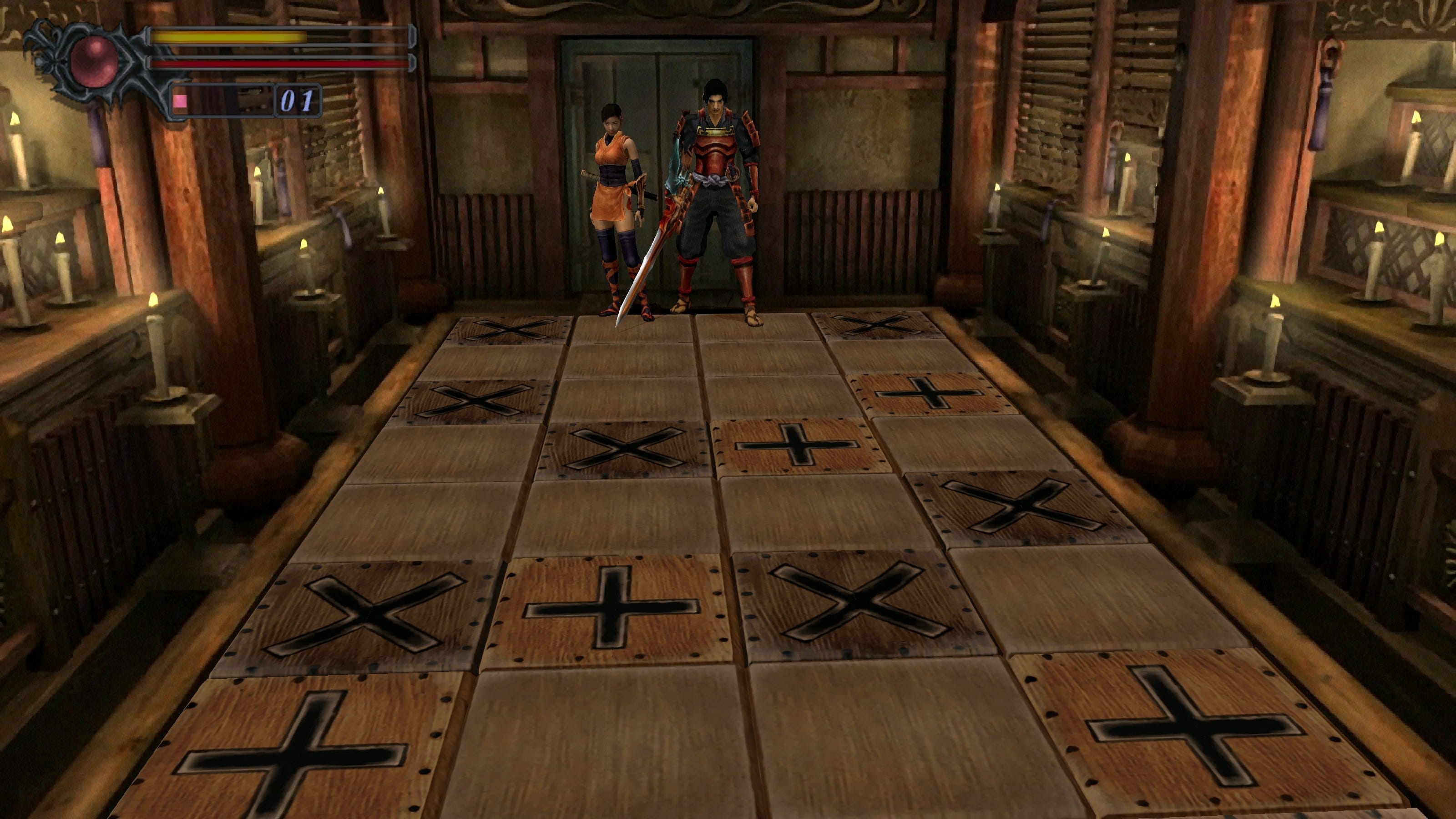 Lastly, we’ll talk about the puzzles, which this game has many. Without spoiling much, you’ll be pleased to know, that the puzzles aren’t very straightforward and require thought, some more than others. And yes, the dreaded water puzzle is still here, and it’s still agonizing.

The opening cinematic of this game is undoubtedly one of the best CG cinematics you’ll see from when the game came out, rivaling CAPCOM’s own Resident Evil games. Most of the cutscenes during the game are rendered in-game which is something we see in modern games a lot. It is a technique that doesn’t disrupt the game’s flow and allows consistency in its visuals. 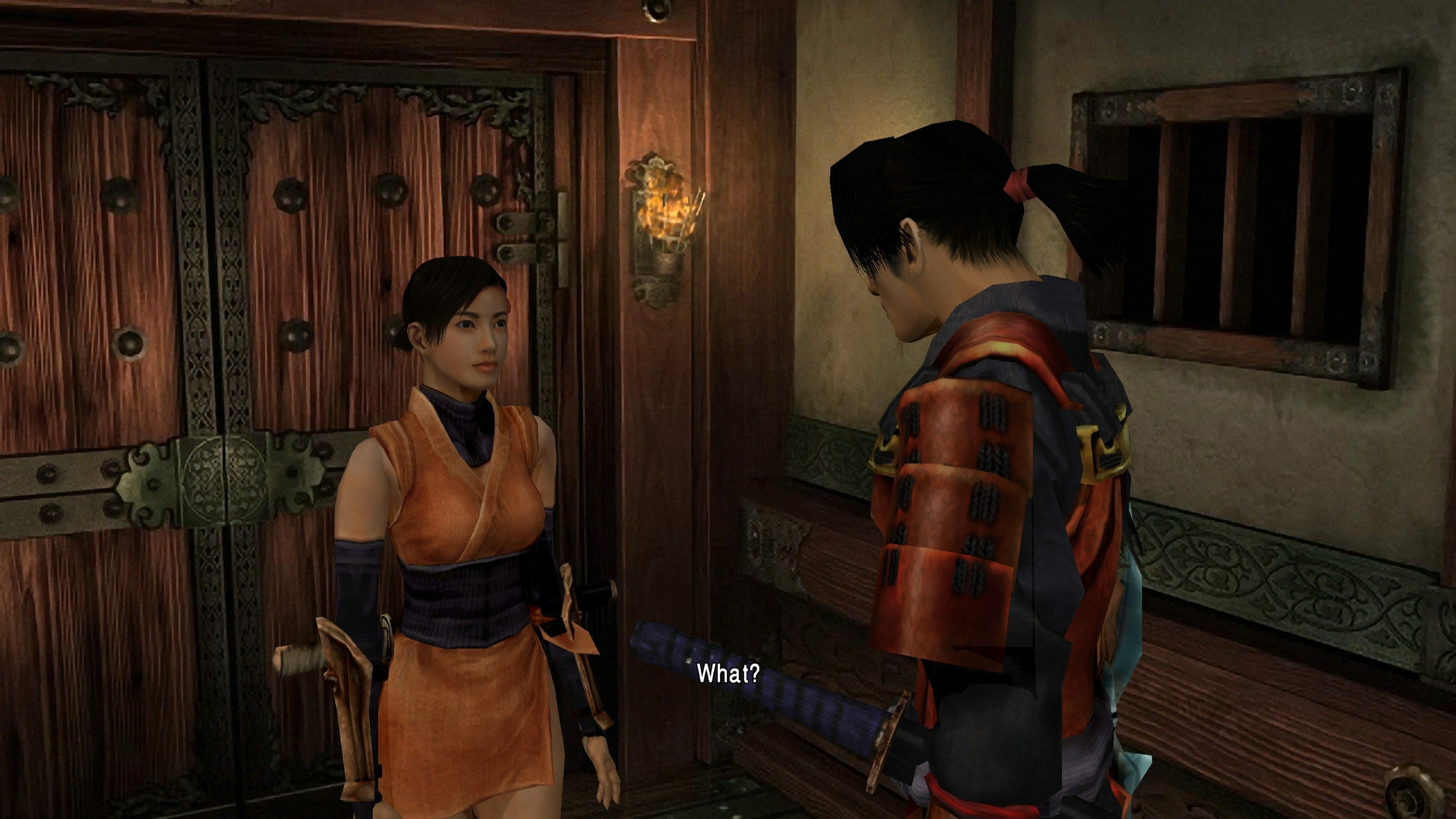 Given how the game is 18 years old, even with the remaster treatment, it is obviously dated in its presentation. Despite that, it doesn’t take away from its the general atmosphere and feel. The environments while non-interactive, are filled with gorgeous details from Japanese culture. The textures while limited, are colorful enough to create a sense of room and space. 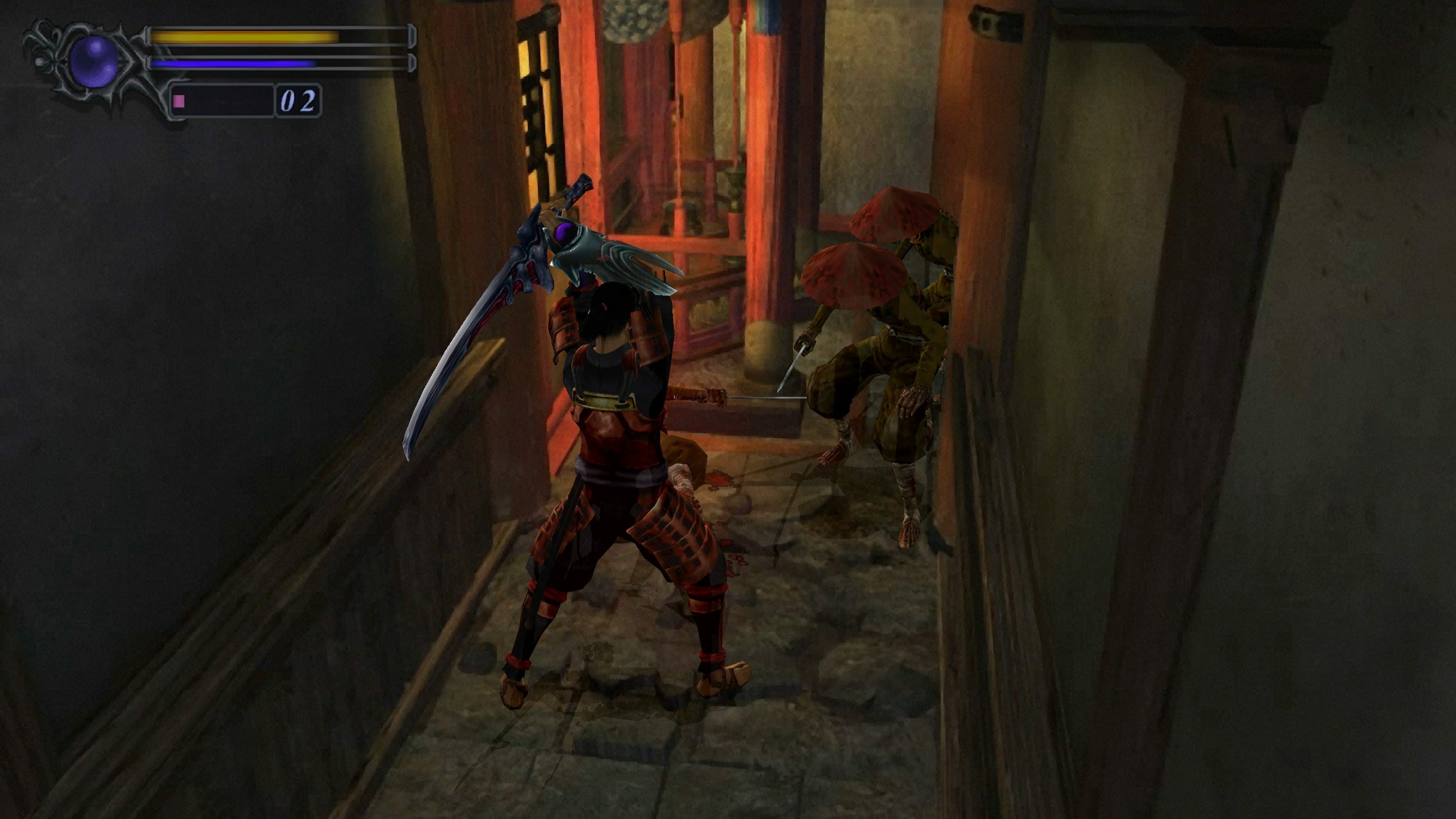 The temple indoors, the tight hallways, and rooms are beautifully designed and are rich with personality, something many modern games lack when it comes to designing rooms. While all of this is a nice touch and there is obvious attention to detail, because of the lack of interaction, and variety, there isn’t anything that you’d really remember distinctly about any specific level. 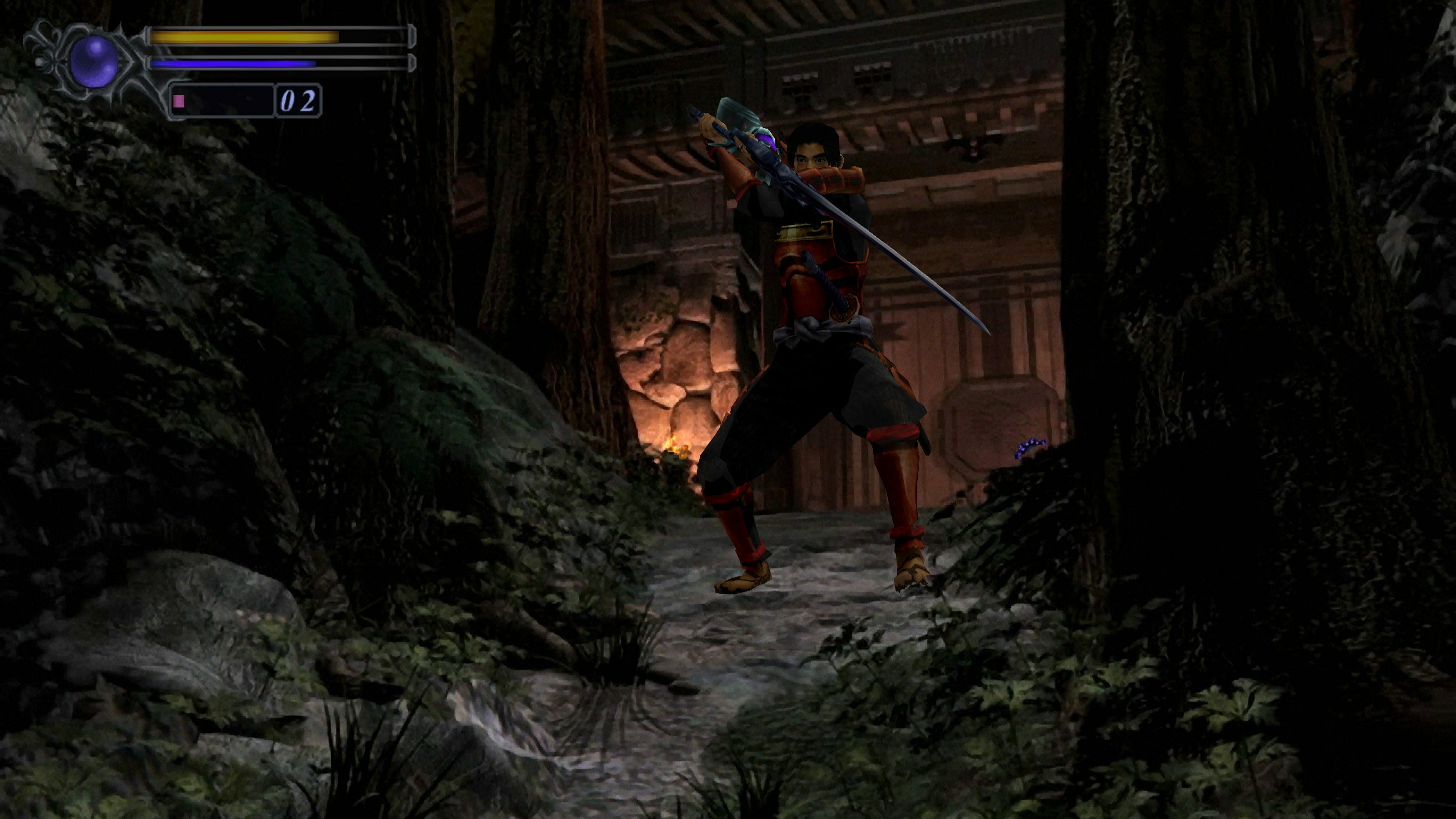 Character models for both humans and Oni creatures are all varied, with detailed armor sets, distinct sword designs, a good amount of animated body parts, and with the remaster treatment, have a clean and distinct look. Enemies have different animations, where they have grabbing, rolling, magic and dashing attacks, all of which feel modern and reactive. I was surprised to see how varied the enemies were, for a game that old and short. 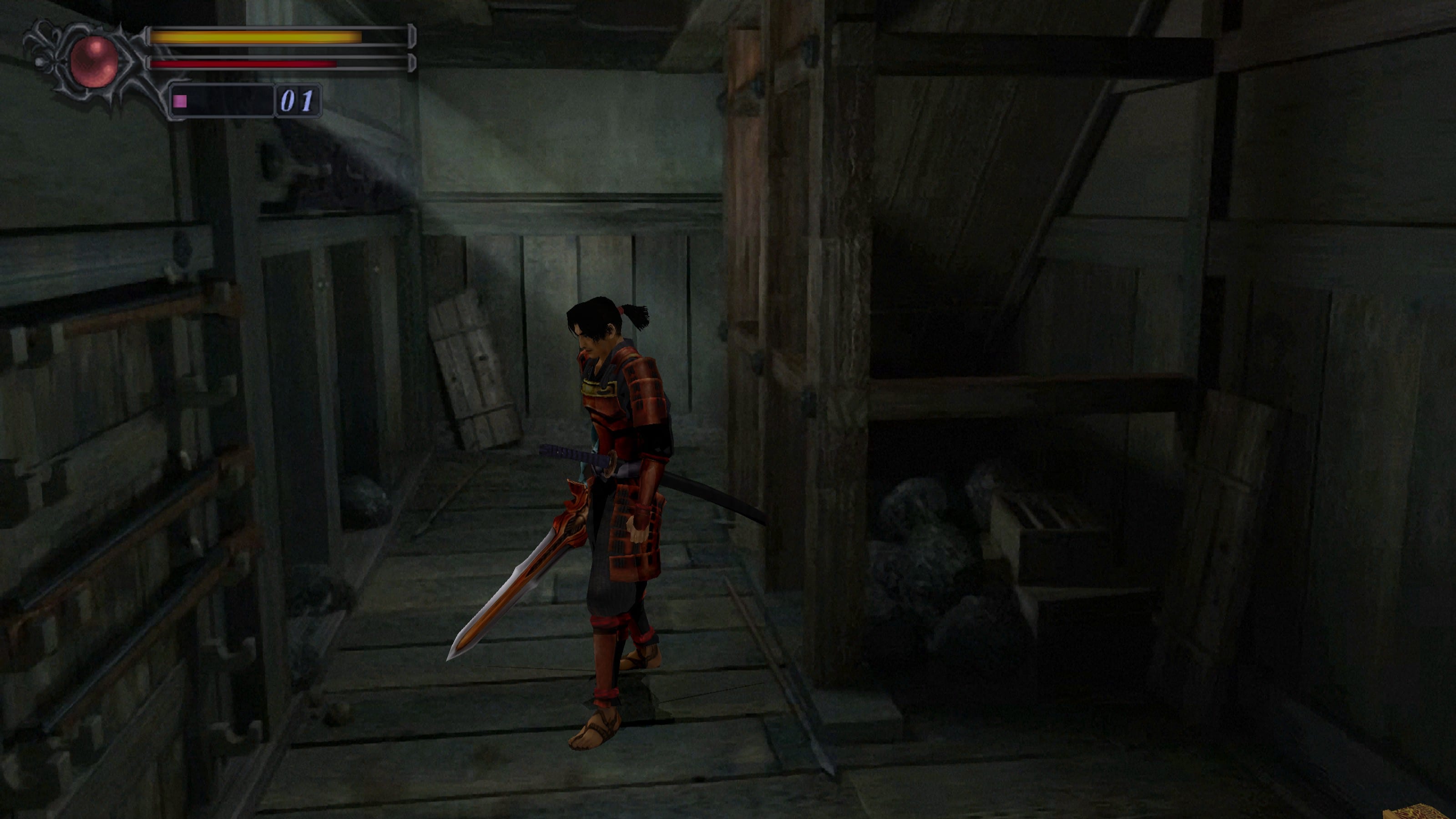 The game runs consistently at 60 FPS on a maximum of 3200 x 1800 resolution, which is QHD, and you don’t exactly need a very good system to run this on your PC as well. There are no graphical options for you to adjust though, apart from resolution and screen scaling. When compared to its performance on other platforms, you won’t feel any real difference, the visuals and framerate are same, even on the Nintendo Switch, which is a consistent 60 FPS in both docked and handheld mode. So you won’t be missing out any special features if you buy it on any other platform other than PC as well. 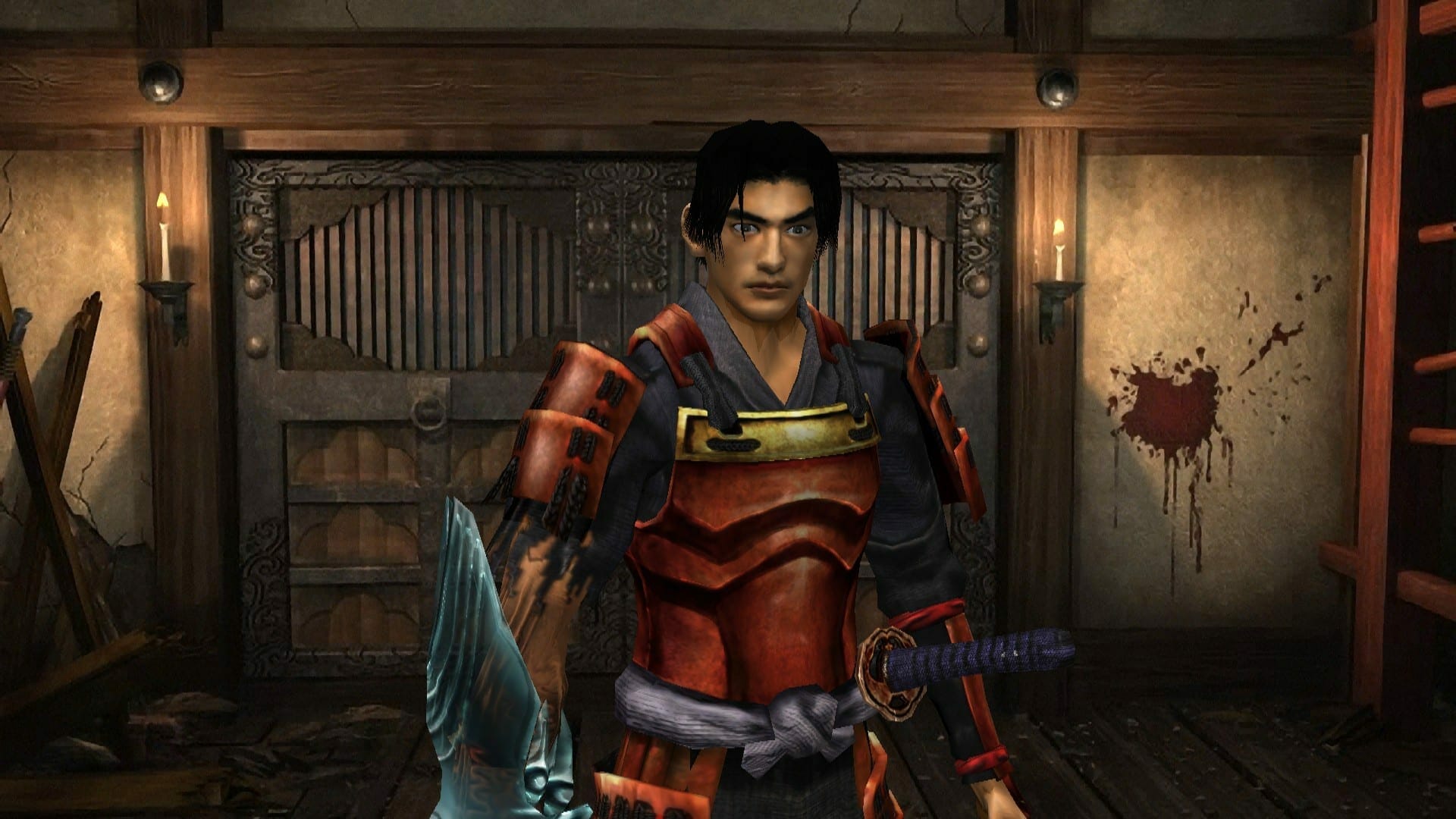 On a side note, Samanosuke’s model, while highly detailed has this very creepy Commander Shepard death stare, and it doesn’t go away during any cutscene, and honestly, is a little distracting, and kind of hilarious.

This is where most modern gamers will feel very weird, but if you have been playing games from the PS2 era, you’ll know how short games generally were. Onimusha was a technical achievement for its time, and it still delivers a consistently entertaining and linear experience. 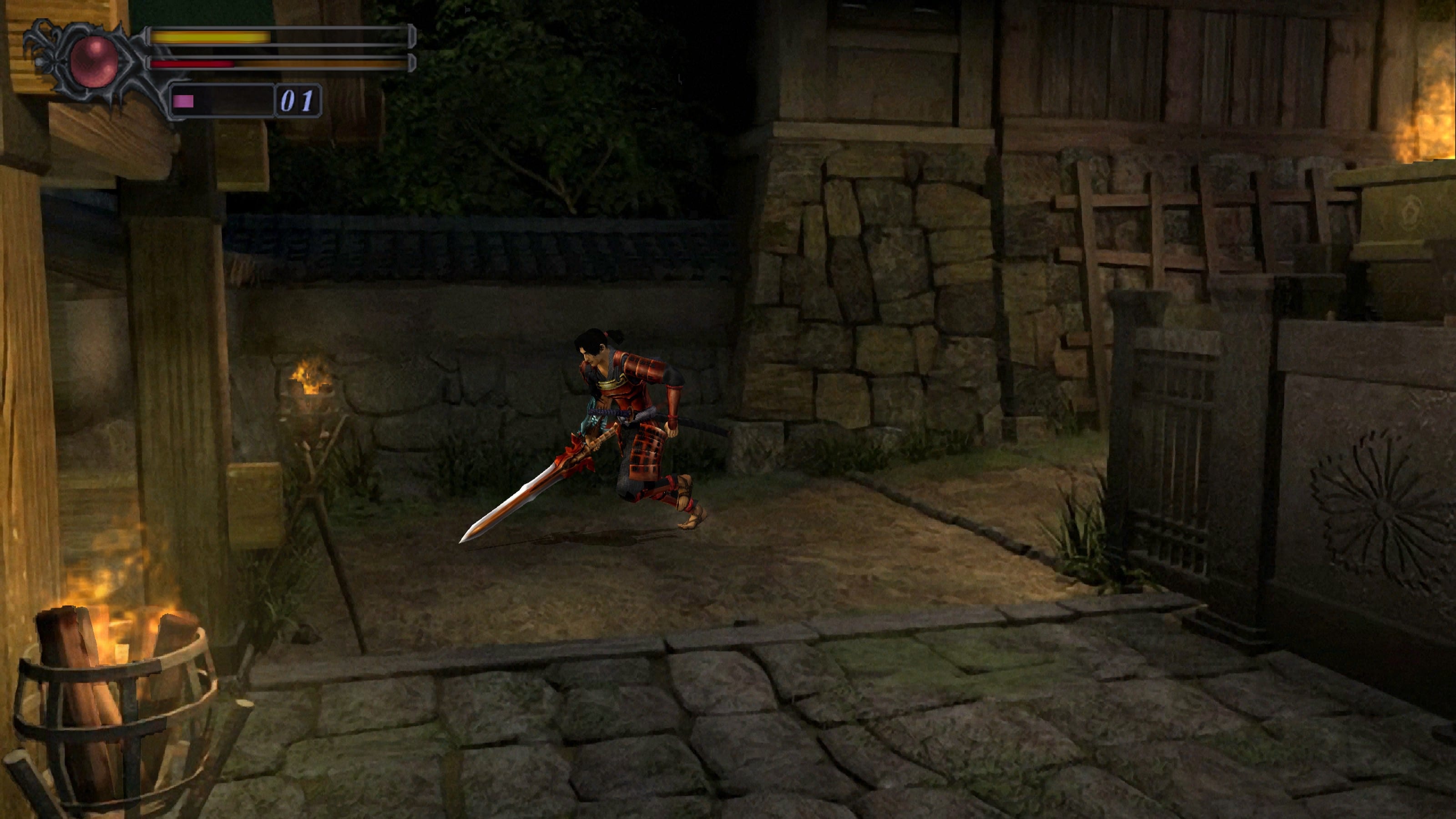 With no real backtracking and side quests, it is up to you if you want to complete every puzzle or find every item, but even by doing all that, you can squeeze around a maximum of 5-6 hours of game time, unless you’re going for all the achievements, which increase the total game time by some margin. While the bonus content is enjoyable, it doesn’t exactly offer a whole lot of replayability, and a lack of character unlock after beating the game, which is a general CAPCOM practice, doesn’t help. The latter games of the franchise became longer with each entry.

There are also in-game achievements, which are called Honors. The game can be platinumed, or you can get all these achievements in around 12-15 hours. This is because some achievements require multiple playthroughs and competition of various puzzles, and challenges.

The game’s orchestral music is something to behold. As soon as the Main Menu appears, you’re greeted with traditional Japanese music that sets the stage for something truly epic, and ditches the generic use of pop-rock music in action games, and essentially acknowledges the tone of the game as well. 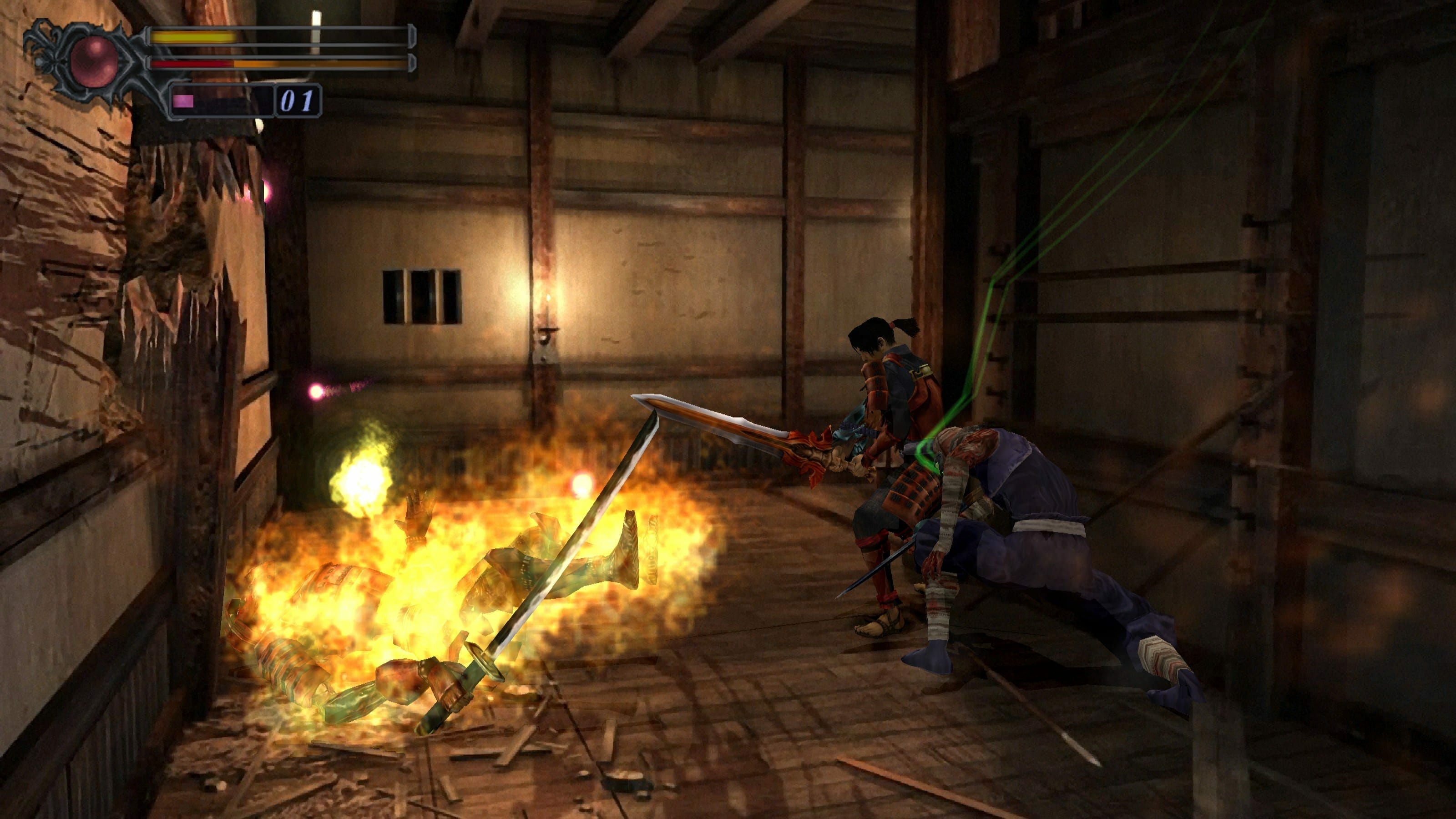 Each area has a distinct theme, that is somber and atmospheric. The battle music is tense and the sound variation while navigating the menus is thoroughly appreciated and remain consistent with the style of the game’s music, that is heavy on Japanese flute and taiko drums.

Attacks have distinct sounds, which complement the elemental type weapon you are currently using. The Shippuu employs a more whooshing sound rather than the scorching effect of the Enryuu. All of these minor details go unnoticed but are something that makes the gameplay more impactful.

As it stands, Onimusha Warlords Remastered holds up very well, even after 18 years, and delivers a satisfying experience with excellent combat, little to no distractions, breathtaking soundtrack and great pacing, but is held back by some mediocre writing and little replayability. We hope this Remaster will garner the interest of modern gamers, and push CAPCOM to work on a new entry for the legendary franchise. 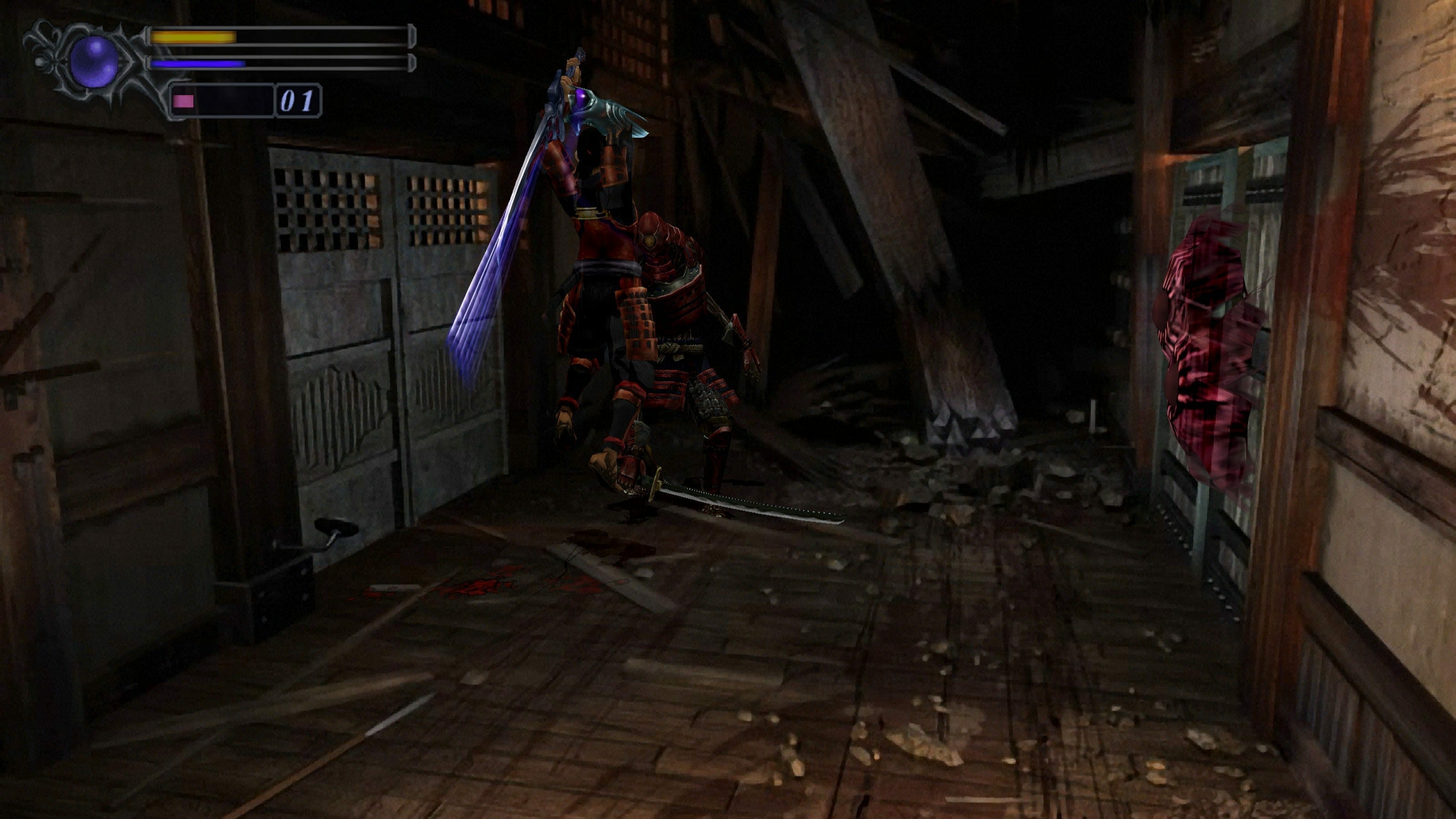 As Remasters go, this is one of the better ones, and we hope that this is the first of many remasters of the franchise.