The Legend of Zelda BOTW

You have probably heard of the Netflix series called “Castlevania” which is based on the 1989 Japanese video game Castlevania III: Dracula’s Curse by Konami. The series started airing in July 2017 and is still going strong. Today, we have a rumor that the highly acclaimed “The Legend of Zelda” game might be receiving a possible TV Series. The Legend Of Zelda TV Series rumor started when earlier today, Adi Shankar, executive producer on Castlevania series, posted to his Instagram the following 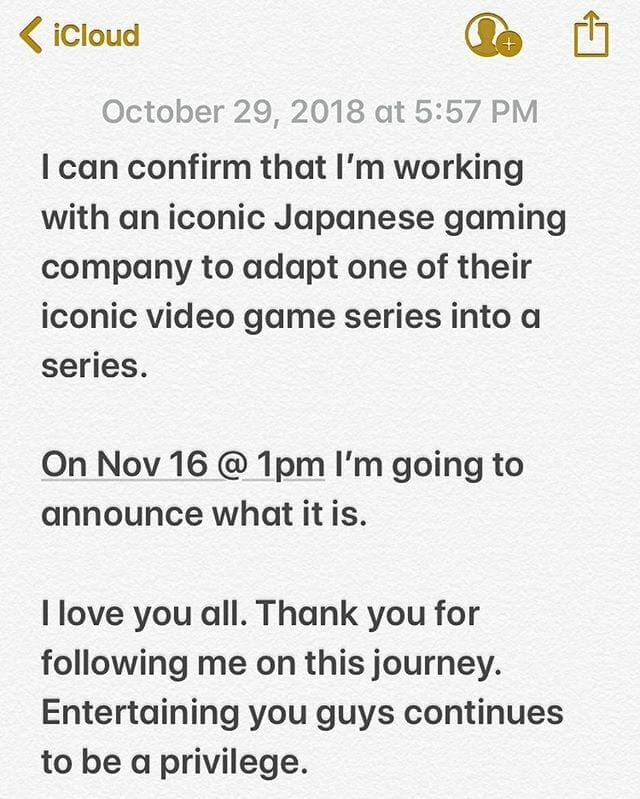 Can it possibly be The Legend of Zelda TV series?

People have been speculating about what this “iconic game” might possibly be. Industry experts have, however, stated that they think there is a good chance that the game being talked about in the IG post is The Legend of Zelda.

Although we are not absolutely certain at this point we do think that The Legend Zelda TV series would make a lot of fans happy and there will be no shortage of interested viewers. The game is a legacy in itself and has been a hallmark of the video gaming scene. If there is any such game that can indeed be labeled as “iconic” then, by all means, The Legend of Zelda is one such game.

Originally created for Nintendo by Shigeru Miyamoto and Takashi Tezuka, “The Legend of Zelda” made its debut on the Nintendo Entertainment System in 1986. It was Followed by more than 17 sequels and several remastered releases, the “Zelda” franchise has sold more than 80 million copies worldwide.

We are currently hoping for a confirmation and as stated in the IG post, Adi Shankar will make an announcement on Nov 16. We will be updating as more info regarding the rumor surfaces.

Let us know in the comments what you make of this rumor.