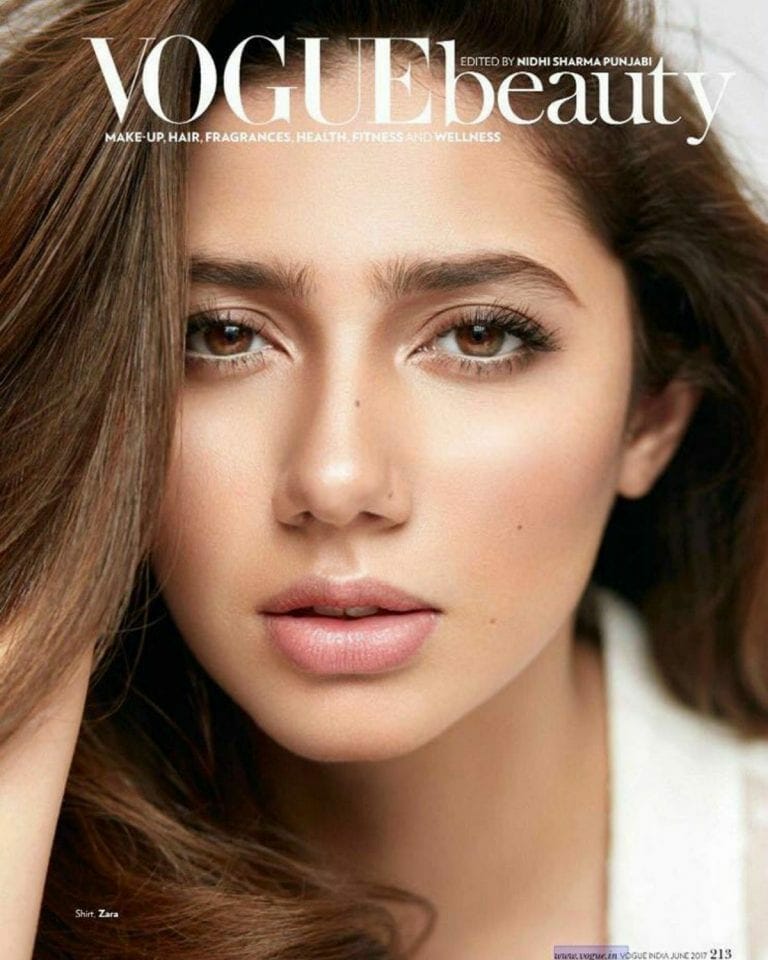 Who doesn’t know Mahira Khan? She is the phenomenal actress who not only is the pride of the entertainment industry in Pakistan, but also took the film industry of India by a storm. Her latest blockbuster in India has made her more lovable than ever, if that was even possible. Alongside her photo shoot, the interviewer asked Mahira about her go-to makeup, her vanity, her favorite holiday destinations etc.

Her journey started when she was just 16 and just a video jockey. Her beauty belief is that how you feel on the inside is what makes you appear pretty and beautiful. Not the makeup or clothes. When she feels good, she does well professionally as well. 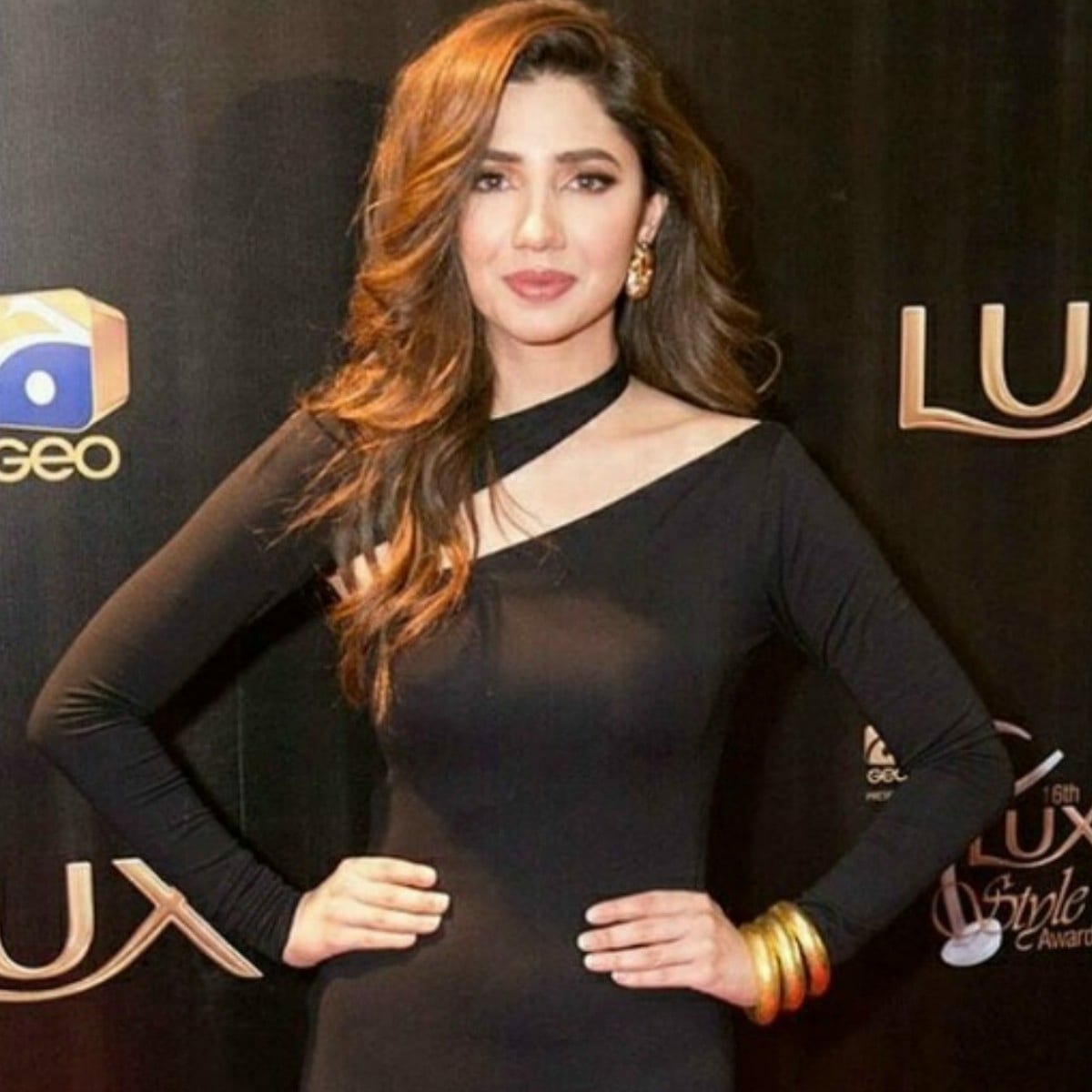 Mahira says she doesn’t really believe in deep cleansing. Her beauty ritual involves washing her face in the morning with plain water, then applying a moisturizer (Kiehl’s Ultra Facial Moisturizer with SPF). Prior to makeup she applies Ice and at night, she cleanses up with oils. Either pure almond oil or other facial cleansers. Her glamorous makeup involves a simple MAC Ruby Woo. As she’s a minimalist, she only uses mascara, a blush, a lip color and wears her hair down in a simple way. 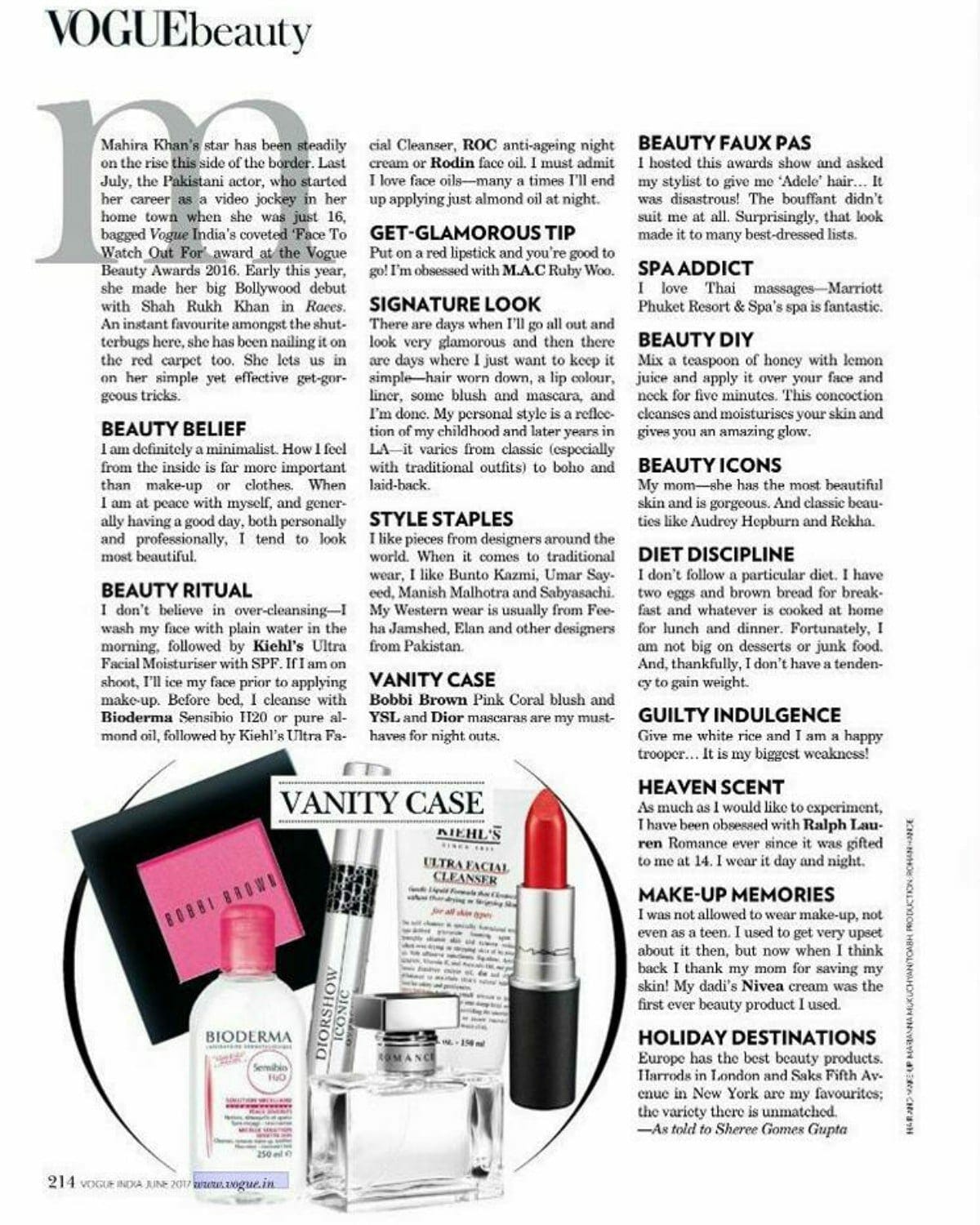 Her on-the-go vanity consists of only Bobbi Brown pink coral blush, and YSL and Dior mascaras. Her diet is not that strict. She just has eggs and brown bread for breakfast and the best thing about her is that neither does she have a tendency to gain weight, nor does she like junk or fatty foods. Talk about being naturally beautiful! 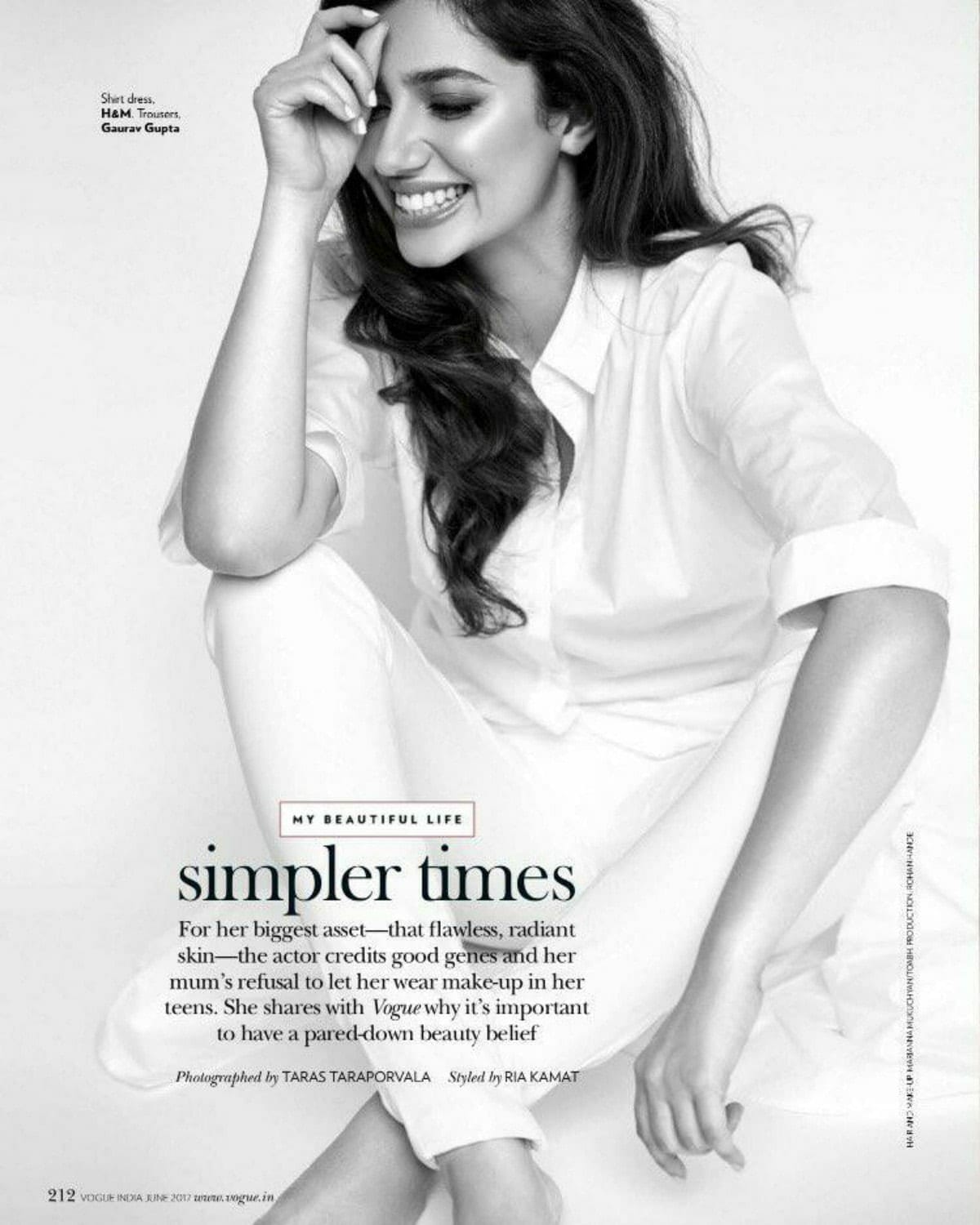 Another fact about Mahira Khan’s flawless beauty is that she was never allowed to do makeup! The first cosmetic that she used was her grandmother’s Nivea cream. I guess her mother deserves all the credit for Mahira’s stunning looks. 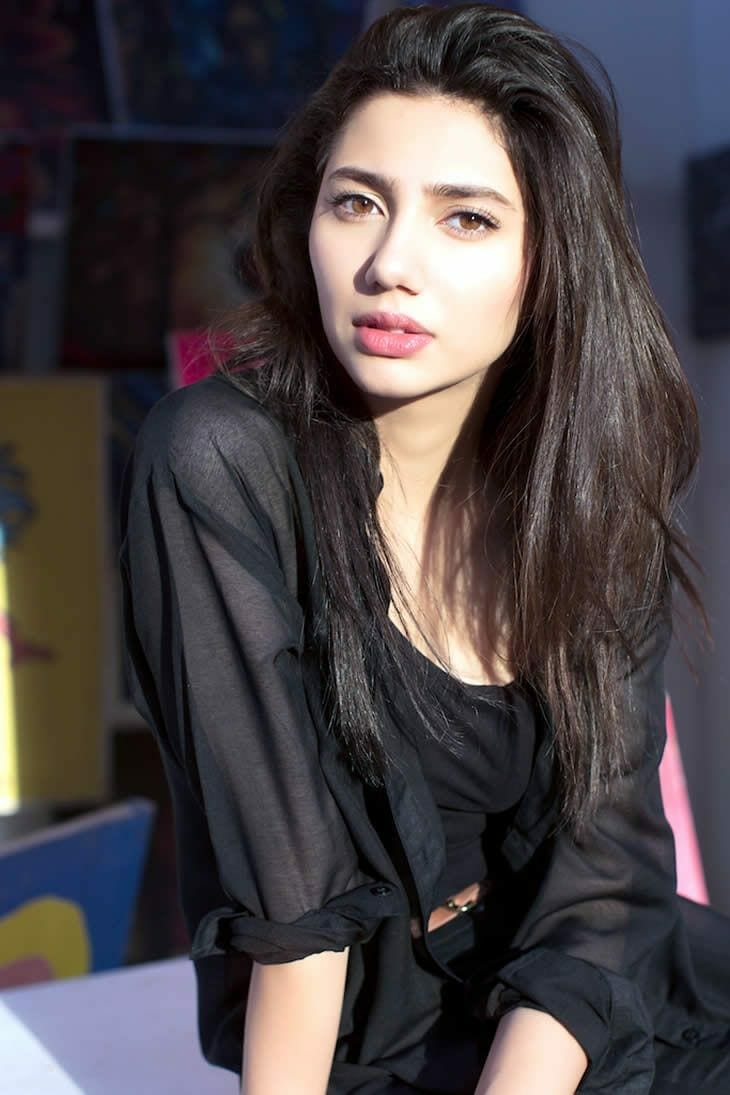 So after reading this, I’m sure you’ll love this beauty queen, if by any chance you didn’t love her at first. Let us know what you think of Mahira’s perfection and her rise in the film industry!