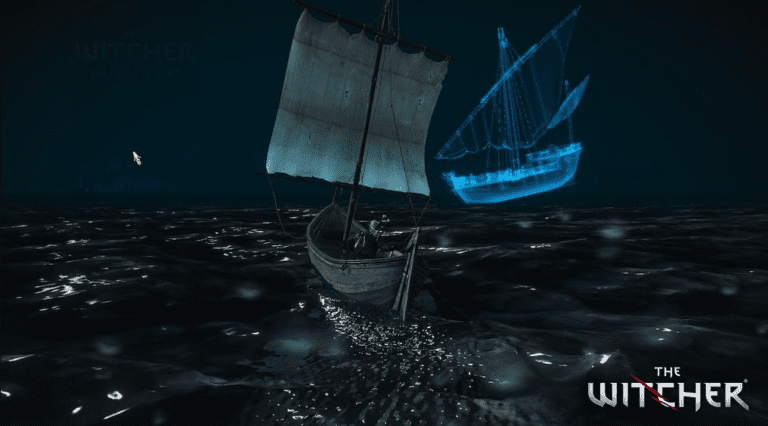 CD Projekt Red has been sharing some behind the scene development facts on their social media pages regarding Witcher 3, and one of the most curious facts, which many people had no idea about is the Ghost Ship in Witcher 3.

How to find the Ghost Ship in Witcher 3

At a specific time of night and a specific location in the waters of Skellige, a ghost ship emerges only for a brief moment. This happens once each and every day. Wanna go ghost hunting? pic.twitter.com/TtllUbp3hR

Finding the boat is quite the task as there is no sure shot that it will appear, as the boat when touching water disappears, oh did we mention that it’s floating? not creepy at all

Okay so here are the steps to do it

The ghost can be found between An Skellig & Hindarsfjall at around 1 am to 3 am, yeap, it only appears at night, for a little more specific location, we’ve marked it for you on the Witcher 3 map as well, which you can visit here.

Here’s a screenshot for the location on the map, just in case

I’ve personally tried this location and was able to see the thing for a few seconds before it vanished, if you want to skip all that, and just want to see how it looks, you can watch this video as well

This is one of the many things CDPR has put in the world of Witcher 3 and it blows our minds to find new things daily, I have over 300 hours in Witcher 3 and had no idea this was a thing.

CDPR has been sharing more Witcher Facts on their social media as well, so make sure you keep a lookout for those as well. Here’s another interesting boat fact, shared by them

Speaking of boats — during development we were toying with an idea of allowing Roach to travel with Geralt, no matter if through land or water. This would mean they would need a bigger boat, so here are a couple of concepts with additional space for Roach. pic.twitter.com/Rf17DWwefJ

Make sure to read about the installation requirements for Red Dead Redemption 2 right here.

Did you ever find the Ghost Ship in Witcher 3? Is it time to get back into that game? Let us know in the comments below.