Gmail Android app will feature Ads soon, enabling you to save Ads for future viewing

Last week, Google released a handy update to its Gmail Android app. The update brought a beautiful card style user interface. However the coding of the new Gmail Android app has revealed something that is surely not going to please most of us. 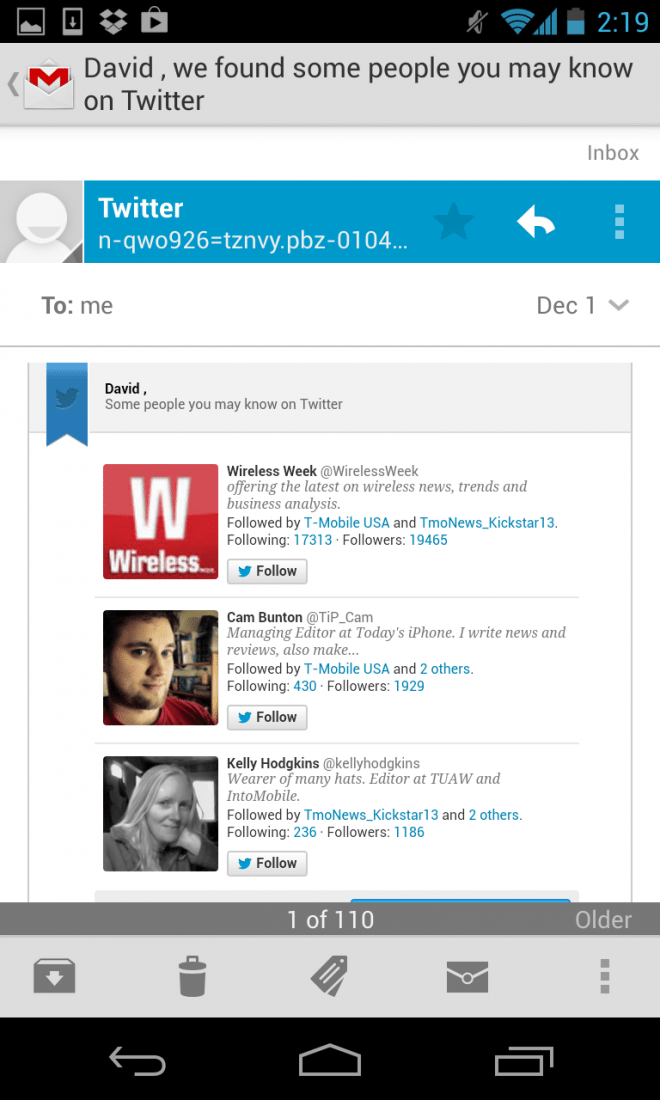 Most of the products/services offered by Google are free. It’s just because of the advertisement revenue generated by Google. This enables them to offer their products/services without any cost. So Gmail Android app is now no more free from ads. The new app contains a library named ‘ads’ containing the data regarding ads. Also, ‘ShowAdPreferenceManager()’ function is found in the coding in order to enable you to set the ads according to your interest.

Google also brings an interesting feature. The feature allows you to save an Ad for later viewing. So, if you have liked one ad and you are in a bit of hurry, just save the ad. This will enable you not to search for that particular ad later. Still it’s not confirmed that how Google is going to implement these ads.

Till now that’s all, stay tuned for more updates regarding this story.