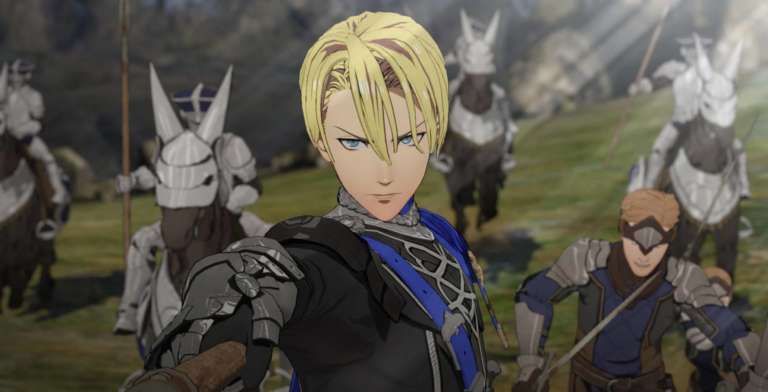 Fire Emblem: Three Houses is a tactical role-playing game, developed by Intelligent Systems and Koei Tecmo Games for the Nintendo Switch, and published worldwide by Nintendo. The game is only available on the Nintendo Switch, and now a new datamined leak has shown an upcoming difficulty. These Fire Emblem: Three Houses leaks have previously confirmed multiple difficulty modes in the code as well.

One of the two upcoming difficulty modes for the game has been made playable through data mining, and features and insane levels of challenge.

The gameplay comes from the official subreddit of Fire Emblem: Three Houses, and it showcases what is known as the “Maddening” difficulty. You can clearly see that the Death Knight, who usually remains stationary can actually one-hit kill you if you’re not careful.

So, for now, we know that there are a total of three difficulties that are already mentioned in the source code called “Lunatic” and “Maddening”. There is also a third, and even higher difficulty called “Infernal”, which according to the OP, is literally unplayable.

The infernal difficulty either has no units on the map, or the units have 99 level stats.

The key differences, when compared to the usual difficulties, are the following, and show up in the first real battle, which is the third one.

That’s all we know for now, and based on the Reddit thread, it seems people’s concern about low difficulty have been answered. We’re excited to see how much of this actually makes it into the actual difficulties when those are implemented.

What do you make of this datamined leak? Let us know in the comments below and share your thoughts.