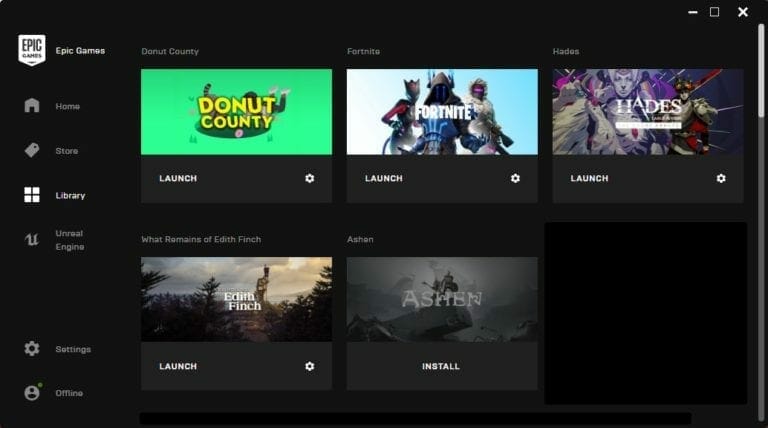 Looking at PC gaming these days, you might notice there are quite some gaming clients on PC by different famous publishers. There are approximately like 9-10 gaming launchers or more, which not only allows gamers to purchase their game but also giving some competition to steam which I think becomes a bother to manage. Epic Games are not any different as they took the world by surprise when they announced their own alternative to Steam, the Epic Games Store and launcher. Initially, the critics and the gamers didn’t like the software from Epic. The company, however, didn’t stop and kept updating their client and to our surprise, it just keeps getting better. Recently the company announced different currency support just like steam and now it has offline mode support.

Epic Games launcher now works offline. Just click "Skip sign-in" if the launcher asks you to log in while you're offline.

We're working on improving in-launcher communication for the offline mode to make it more clear. pic.twitter.com/42q9Rv5rle

In order to use/enable the Epic Games Launcher just click “Skip sign-in” if the launcher asks you to log in while you’re offline. The devs are also working on in-launcher communication for offline mode to make it more clear.

Well, now you can set your status to offline and can enjoy the games without anyone knowing. You can now be offline forever but some games (Fortnite for instance) or some DRM solutions might require you to log in (Denuvo).

As of now, I don’t think Valve should have any problem regarding Epic store but it might be a problem in the future. Here’s a summary of revenue breakdown for Epic Store and Steam 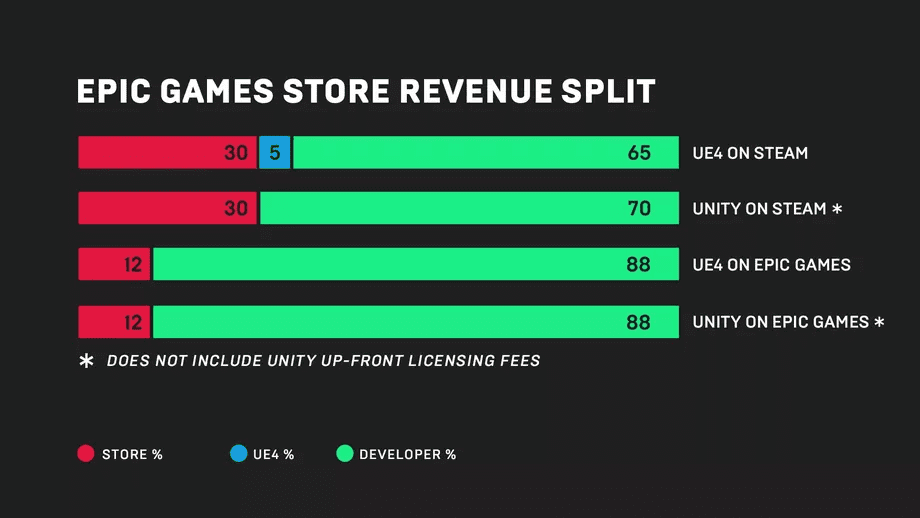 “Developers receive 88% of revenue,” the company wrote. “There are no tiers or thresholds. Epic takes 12%. And if you’re using Unreal Engine, Epic will cover the 5% engine royalty for sales on the Epic Games store, out of Epic’s 12%.”

Thinking rationally developers should release their game through Epic Games Store since the profit made from the games is higher than on Steam. Valve on the other hand also responded to this and they are also working to support developers and not losing their player base and clients.

A newly-discovered bit of developer documentation suggests Valve has big plans in mind for third-party developers of multiplayer games. Most notably, it looks like Valve is working toward letting developers host their games through the company’s own dedicated servers. Exactly how this will work in practice remains to be seen, but the feature is currently in beta among some some number of developers.

Which makes sense of the extra fee charged by Valve and is a great step to support developers. Regardless of the Epic Store competition Valve has announced this news from a long time. From a 2016 Steam Dev Days video, this hosting was mentioned. Now with steam updates, this feature will be released but on Valve’s time. What do you guys have to say about Epic Games and Steam competition? Do you think Epic Games will be a problem to Steam in the coming future?