Police investigation cause EA Sports to drop Kane from appearing on the NHL 16 cover leaving only his teammate Jonathon Toews. EA Sports have also dropped the star from promoting NHL 16. The video game releases this fall on September 15. 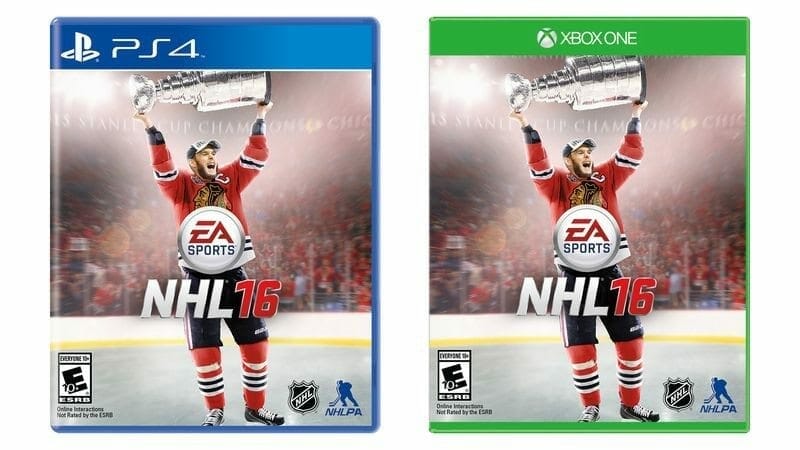 “In light of the ongoing investigation involving Patrick Kane, he will no longer be a spokesperson for the launch of EA Sports NHL 16,” the company said. “He will not appear on the EA Sports NHL 16 cover nor participate in other EA Sports NHL 16 promotional activities.”

Patrick Kane is also cut from the NHL 16 gameplay trailer.

It was planned that Kane will be appearing beside his teammate Toews holding the Stanley Cup. This was supposed to be the first time two NHL players were featured on the video game cover. Kane and Toews were key players that led the Chicago Blackhawks to their third Stanley Cup in six years.

The game company’s decision comes less than a week after Hamburg police announced that Kane is under investigation for possibly a rape case of a woman in her 20s which happened outside Buffalo, Kane’s off-season home on Aug. 2.

It’s unclear as to how much Kane was being paid for promoting NHL 16.

Patrick Kane also has a sponsorship commitment with Bauer Hockey Equipment, according to the company’s website.

On Wednesday EA Sports’ website still had a picture of Kane and Toews together. However, on their EA Sports NHL’s Twitter account featured just a photo of Toews.

How CCBPL Has Empowered Women Over The Years